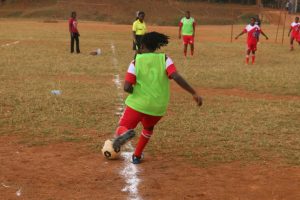 On 30th July 2016, Organization for Gender Empowerment and Rights Advocacy (OGERA) held a soccer tournament to boost the morale of marginalized persons in Kampala. OGERA is a women sex workers led organisation  that advocates for the rights of Lesbians, Bisexuals and transwomen/WSW  as well as refugee sex workers.

Through a project named “LBT talents to influence change” supported by Planet Romeo Foundation, OGERA initiated the tournament with the sole aim of raising awareness about LBT/ WSW to the wider sports community. This was intended to create opportunities for the gender and minority community movement in Uganda to join the greater national sports fraternity. This project also aims at building confidence for LBT/ WSW persons to be able to defend and advocate for their rights s by sharing real lived realities as a result of discrimination and stigma.

After going down to the grass root communities and identifying several talented LGBTI persons in different sports disciplines, OGERA resolved to embark on the fight agsinst stigma and discrimination among the LBT/WSW communities through awareness and sensitization campaigns about their human entitlements.

According to Shammie the Executive Director of OGERA, they also considered the reality that as a result of this project, there would be visibility, recognition and exposure of LBT/WSW talents to the wider sports fraternity thus creating opportunities as well as change people’s perceptions and attitudes towards LGBTI people. 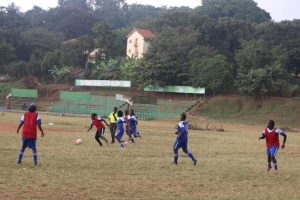 OGERA hopes to make the tournament an annual event since it promotes unity in the gender and sexual minorities’ community in Uganda.

LMB the smashers emerged victors, OGERA Titans were second and due to the effect of time, there was no loser’s game to determine the third best team.

The top scorer and most valuable player of the tournament received soccer boots in form of cash. The best goalkeeper was rewarded with a pair of gloves in form of cash. All participants were also given certificates.

The event created an interactive atmosphere with representatives from FUFA in attendance to witness and hopefully scout for talent. 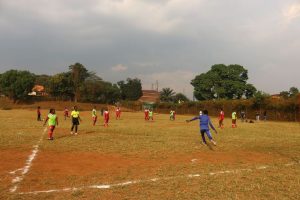 OGERA’S communications/sports desk officer who is also a national  soccer player  urged the players to  continue demanding  for equal opportunities  as Lesbian, Bisexual Women and Transgender men’s rights are human rights and affirmed to the participants that they won’t achieve their dreams if they continue to isolate themselves.

Shammie also told Kuchu Times that the tournament motivated many LBT/WSW sports persons, who have always been denied opportunities to participate in mainstream sports, to push for equal opportunities.

Out of this tournament, OGERA managed to get a permanent soccer team and has plans of mobilizing resources for its sustainability. They also hope the team will be able to take part in national soccer leagues in the very near future