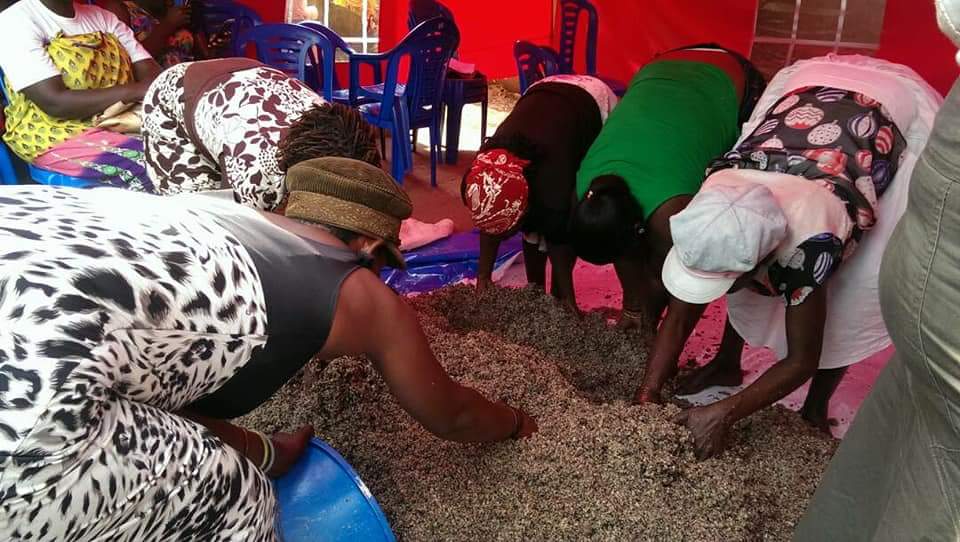 Organization for Gender Empowerment and Rights Advocacy Uganda (OGERA Uganda) successfully embarked on an economic empowerment project under the theme "Economically Empowered To Mitigate Gender Based Violence" in January 2018. It has a one year implementation period till December 2018. According to Sham Batte, the Executive Director of OGERA, the conception of this project was after a realization that most violations against female sexual minorities were due to lack of economic independence and financial stability, yet sex work as basic means of survival couldn't cater to all essential needs of an individual. Another contributing factor was the fact that the final score of risky behaviors among OGERA's members was because of desperation for money and material gains. It was based on this foundation that OGERA tailored an economic empowerment project to suit the interests and expertise required by her diverse membership which entails women refugees and LBTQ Sex Workers. The participants were divided into groups to take part in any three distinguished activities engulfed within the project. These included; mushroom growing, baking and candle making.

Compelling achievements have been registered by OGERA even before the end of the project. To begin with, a total of 62 participants have attained competent skills from the different activities. Some of them have started small side businesses through which they can supplement on their daily personal incomes. Nina, who identifies as a bisexual woman and a sex worker said that it is because of the high demand for mushrooms in today's market that she has been able to save enough money to pay school fees for her five year old daughter. Participants have also gained a certain level of financial independence which has led to the gradual decrease in the rate of gender based violence within the members. Rita, a lesbian sex worker who also partook in the economic empowerment project narrated, "My partner used to mistreat me because I completely depended on her. But since I started baking and selling cakes, I earn enough to take care of myself. This has made her respect me and the violations in our home have reduced."

Cases of human rights violations against OGERA's members that were influenced by idleness and financial pressures have dropped. Participants who have turned into business owners are working relentlessly to make ends meet. Jowe (not real names), a refugee sex worker who also took part in the project said, "Whenever I was idle or had failed to get clients in sex work, I would usually smoke weed and take other intoxicating substances excessively. But now, I have my mushrooms business to attend to." As for Brenda (not real names), a trans sex worker, the project has empowered her with self confidence and esteem. "I no longer indulge myself in unprotected sex for high pay. I am not even scared when I fail to get a client at night because I have something else to fall back on." There is a bond of family and sisterhood that has been forged among the participants during the project. To top it all up, OGERA's visibility has sprouted among the key population organizations in Uganda. This has widened her opportunities and attracted allies and donors that wish to partner with the organization in other upcoming projects.

However, like most sexual minority organizations, OGERA too has faced her fair share of shortcomings. There is a rise in demand for inclusion by members who are not taking part in the project and yet the scarcity of resources on the part of the organization can't enable their involvement. The other issue stems from inadequate start-up capital that could have assisted the participants who intend to implement the skills pertained from the project after completion. Despite these challenges, OGERA has come up with strategies that will support participants after the project is done. Plans to establish a cooperative that will avail members with financial aid inform small interest free loans are underway. Through this initiative, OGERA will be able seed into her participants' business ventures. Plus, there are ongoing training opportunities in areas of financial literacy, entrepreneurship, marketing and saving availed to the participants. This imparts them with knowledge to be in the best position to manage their businesses sufficiently and utilize the funds that will be given to them correctly.

LGBTQ persons and Sex Workers need to rise above the limitations that have so long kept them bound to explore options beyond activism and funding. Sham Batte pointed out, "The more we allow society to perceive that we only get free things, the more extreme their disrespect towards us." She articulated that the unemployment factor among gender and sexual minorities because of different perceptions in the Ugandan job market should motivate us to utilize our Lord bestowed gifts or acquired skills to set out into our own ventures. "Despite the small beginnings, we should dare to dream and achieve financially stable lives like everyone else in society," she emphasized.