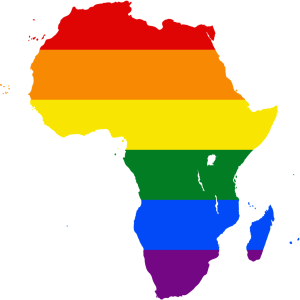 Kuchu is the slang adopted by the Ugandan LGBTI community to secretly identify themselves and easily talk about issues affecting them in public without giving out much information as LGBTI issues are still highly stigmatised.

The struggle for equality and freedom has not been an easy one for the majority of African LGBTI communities. In so many African countries, homosexuality continues to be criminalised with 38 out of the 54 African countries imposing draconian laws left behind by a colonial legacy.

We have also seen a trend where the same countries criminalising homosexuality are going a step further to put into law even harsher penalties for people who are simply being who they are (read Kuchu).

People are arrested not only for being gay, but for also being accused of being gay, for socialising with people who are gay, and, in extreme cases like Uganda, renting a room to, or hosting anyone one who is perceived to be gay. In some countries work here at, Kuchu Times or any other organisation putting up a strong fight for the rights of the LGBTI, is considered illegal as it is deemed ‘promotion of homosexuality’ by the law.

Such mentality has promoted an unbelievably negative attitude towards the LGBTI community around the continent. Spaces for dialogue or awareness raising have been closed or censored. We at Kuchu Times believe this initiative is a big step to providing a safe, open space for people to share their stories, provide honest information as well as shine a light on what is taking place within this marginalised group across the continent.

We hope to build an active media stream for radio, television and message forums for the exchange of news and ideas and drawing on Africa’s hugely diverse cultures. Bring forward your debates, discussions, stories, movies, documentaries and art. Tell your family, friends, allies, researchers, students, activists and mostly the several governments that are sanctioning homophobia with their laws; this is a worldwide fight and sensitization for all is needed.
Our main objective is to create attitude change within the African society by sharing lived realities, providing health information that is not readily provided by our governments and information sharing.

You can contribute by sharing your story, challenges, successes, hosting a program on our TV and radio stations and blogging. Engage in discussions in the forums; contact your country correspondent and get in touch with us.

Together we can bring UBUNTU back to our continent.