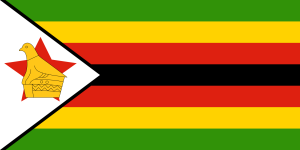 Officially the Republic of Zimbabwe, is a landlocked country located in southern Africa, between theZambezi and Limpopo rivers. It is bordered by South Africa to the south, Botswana to the southwest, Zambia to the northwest andMozambique to the east. The capital and largest city is Harare.

Common law prohibitions include sodomy, defined as the “unlawful and intentional sexual relations per anum between two human males” as well as unnatural offences, defined as the unlawful and intentional commission of an unnatural sexual act by one person with another person. Section 11 of The Censorship and Entertainments Control Act, which provides that no person shall import, print, publish, distribute, or keep for sale any publication which is undesirable (defined as “indecent or obscene or is offensive or harmful to public morals or is likely to be contrary to public health.] has been used to harass LGBT people and activists.

Cast of 'Because I Am'  Zimbabwe born filmmaker director and founder of Hona Africa, Lawrence Zidyana has released a tough short film which tackles homophobia. He was inspired to make the film to show how hatred has an impact on the LGBT co[...]

Zimbabwe: When ‘Minority’ Is Your Middle Name

| by Ruth Marimo | I could start by telling you about my childhood and the tragedy of losing a mother to suicide at a tender age of five; and being raised by different family members in my country of origin Zimbabwe. However, you see I’v[...]

By Teclah Matare Zimbabwe celebrated its unity day yesterday, yet for many LGBT people the day has lost its meaning. The continuous violation of their constitutional rights by the state coupled with the unabated attacks on those who are or perceiv[...]