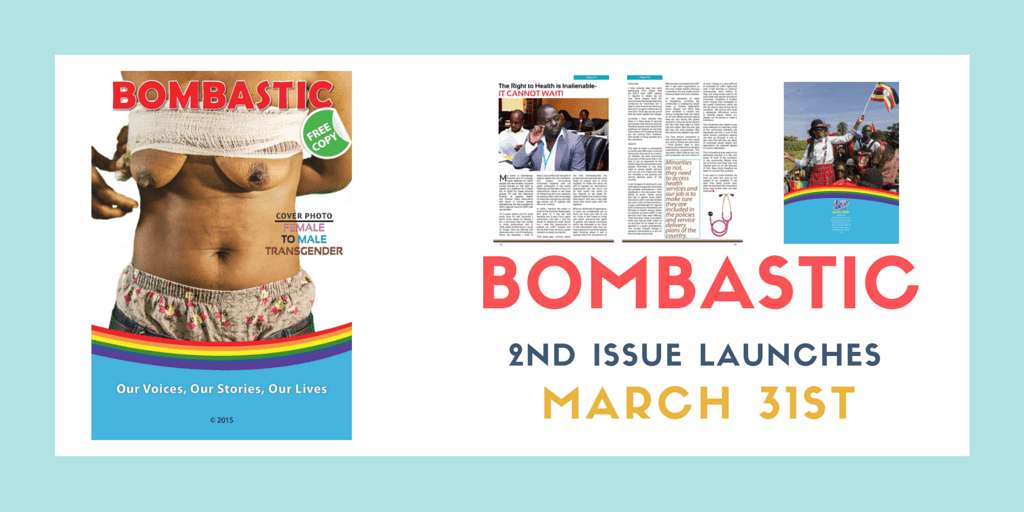 Unveiling and Launch of the 2nd Edition of Bombastic Magazine.

Kuchu Times Media Group (KTMG) is pleased to announce the launch of the second edition of Bombastic Magazine. In a world where media has been used to misconstrue queer narratives, the magazine is a beacon of hope and a symbol of our resilience and continued effort in “Reclaiming Media” by amplifying queer voice in telling of their LGBTI stories. The Magazine is an anthology of stories, poems, and testimonies on varied topics including but not limited to religion, culture and health, told by the sexual and gender minority community in Uganda.

Currently a lot of what is known about the sexual and gender minority community remains shrouded in myth and mystery. There is a huge information void, misinformation and disinformation that continues to be fed by biased, twisted narratives that continue to misconstrue information about the community. The thrust of this campaign is thus to counter biased narratives, debunk myths, and demystify negative stereotypes and perceptions that have so long been perpetuated about the community. It is our hope that this will go a long way towards spurring and more importantly enriching dialogue, debate and conversations on issues pertaining to and about the Ugandan Queer community, in the hope of shifting public discourse and broaden our perceptions on and understanding of gender and sexuality.

In continuing to criminalize the LGBTI community in Uganda, by introducing new and enforcing already existing harsh and unfair legislation, the government of Uganda formalizes and legitimizes homophobia. This homophobia cultivates and encourages violence against LGBTI Ugandans.

In demonizing our sexual Orientation and or gender identity, religious leaders incite hatred and violence against LGBTI Ugandans. They have openly called for our murder, imprisonment; exile from our own country, and attacks by mobs, all in the name of God. By giving voice to homophobia, local media has also contributed largely to incite violence against LGBTI Ugandans. Media continues to expose people perceived to be LGBTI persons in an effort to shame and humiliate them. These forced outings have left many LGBTI Ugandans jobless and homeless, rejected by their families, unlawfully evicted, denied access to health care and education, forced to flee their country; all of which are forms of violence and persecution.

“This publication is a humble call to all Ugandans to understand our plight and not judge us based on the misconceptions told to them. We are not calling on Ugandans to become LGBTI nor are we asking for special treatment, we are simply calling on our fellow society to recognize that we are part and parcel of the Ugandan society and any unfair treatment towards us simply because of who we love is an injustice to the whole society.” said Kasha Jacqueline

This magazine will also shade a light to readers on the extent of the marginalization and discrimination the LGBTI community in Uganda continues to face on a daily basis that have forced us to live undignified lives. The authors of the stories are Ugandans who, through their voices, should be heard by policy makers and the general public, and hopefully, help to create a path for attitude change in a community that is continuously growing in homophobia and violence against this harmless group of Ugandan citizens.

2. Call for an end to sexual and gender based Violence against LGBTI Ugandan and, advocate against the exiling the displacement of LGBTI Ugandans and in the same girth call for the elimination of statelessness and denial of citizens to certain factions of Ugandans-this kind of intimidation by state agencies deters diversity and inclusivity in the general development of our country.

3. Call for decriminalizing of homosexuality as this state sponsored, institutionalized homophobia justifies actions of both state, non state actors, civilians and citizens in violating the rights or LGBTI Ugandans.

4. Call upon the government to include LGBTI persons in the development of health Policies and all policies that affect equity and equality in accessing social amenities to them as Ugandans. We would like to thank the different authors highlighted in this edition for your resilience and courage in adding your voice and sharing your intimate life with us.

We would like to thank all our 110 volunteers for their efforts in distributing the magazine around the country and wish them safety. We also extend our sincere gratitude to all who have supported the magazine from around the world.

Without all your support this magazine wouldn’t have been realized!

To our fellow Ugandans and our readership, we hope you enjoy this edition of the magazine, and hope that it strikes a chord deep within you, to help you open up your mind in how you interrogate and question your understanding of sexuality and gender to help you unlearn, learn and relearn how you relate to and enrich and expand your knowledge on the same. A copy of the Award winning film Call Me Kuchu is inserted in your free magazine. Give us feedback we shall appreciate.

Kindly note that the magazine is free to all Ugandans and can be found at your local supermarket or through our many volunteers or by contacting us directly. We also have an online copy available on http://www.kuchutimes.com for our international online readers.

The first edition of Bombastic Magazine has been downloaded over 2 million times and over 1.7 m people have followed our online television and radio. 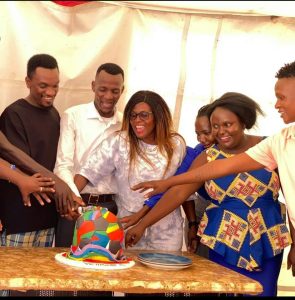 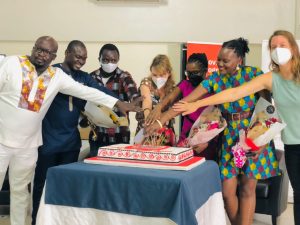