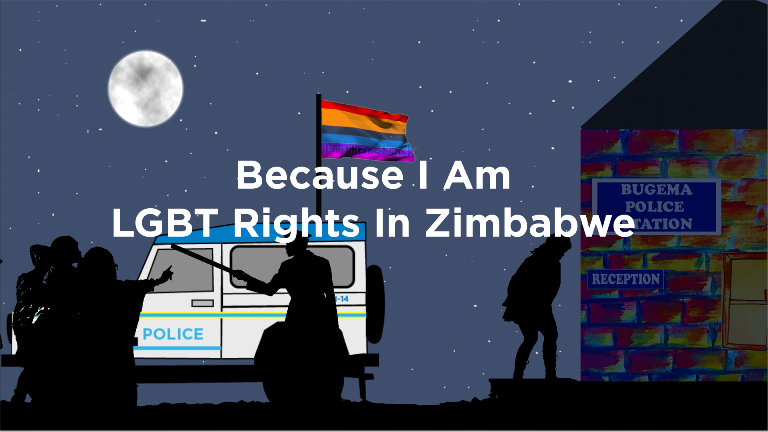 Zimbabwe born filmmaker director and founder of Hona Africa, Lawrence Zidyana has released a tough short film which tackles homophobia. He was inspired to make the film to show how hatred has an impact on the LGBT community and the wider population of the country as a whole.

As the country’s leadership continues to share homophobic rhetoric, many LGBT Zimbabweans have had to seek refuge internationally including in the United Kingdom. After consistent homophobic speeches over the years Zimbabwe president Robert Mugabe went off script during a speech at the UN General assembly in September 2015 to “reject new rights” and declare “we are not gays” to both muted laughter and applause. This is an indication of the wide spread view in Zimbabwe and many other African countries that the LGBT community does not deserve in basic human rights, leading to hate crimes and harassment across the nation.

Whilst there have yet been any homophobic murders reported in Zimbabwe, they have taken place in other African countries like Sierra Leone and South Africa. Zidyana teamed up with award winning LGBT activist Moud Goba to adapt a poem by fellow activist Tinashe Wakapila. The result is a film with a touching narrative accompanied by stunning visuals made up of silhouetted figures on drawn backgrounds of parts of Harare, Zimbabwe’s capital. The film has an all women cast of six, five of whom are refugees who fled persecution in their own countries because of their sexuality.

The women from Ivory Coast, Sierra Leone, South Africa, Uganda and Zimbabwe share similar horrid experiences of many from the LGBT community across Africa. One of actors has a child resulting from “corrective rape to cure her lesbianism”. “They have shown great courage and helped me shape this film. I hope more Africans at least pause to consider what their leaders are telling them about homosexuality. Everyone deserves the right to be treated with dignity and respect regardless of sexuality” – Lawrence Zidyana, Founder of Hona Africa and Director of “Because I Am”.