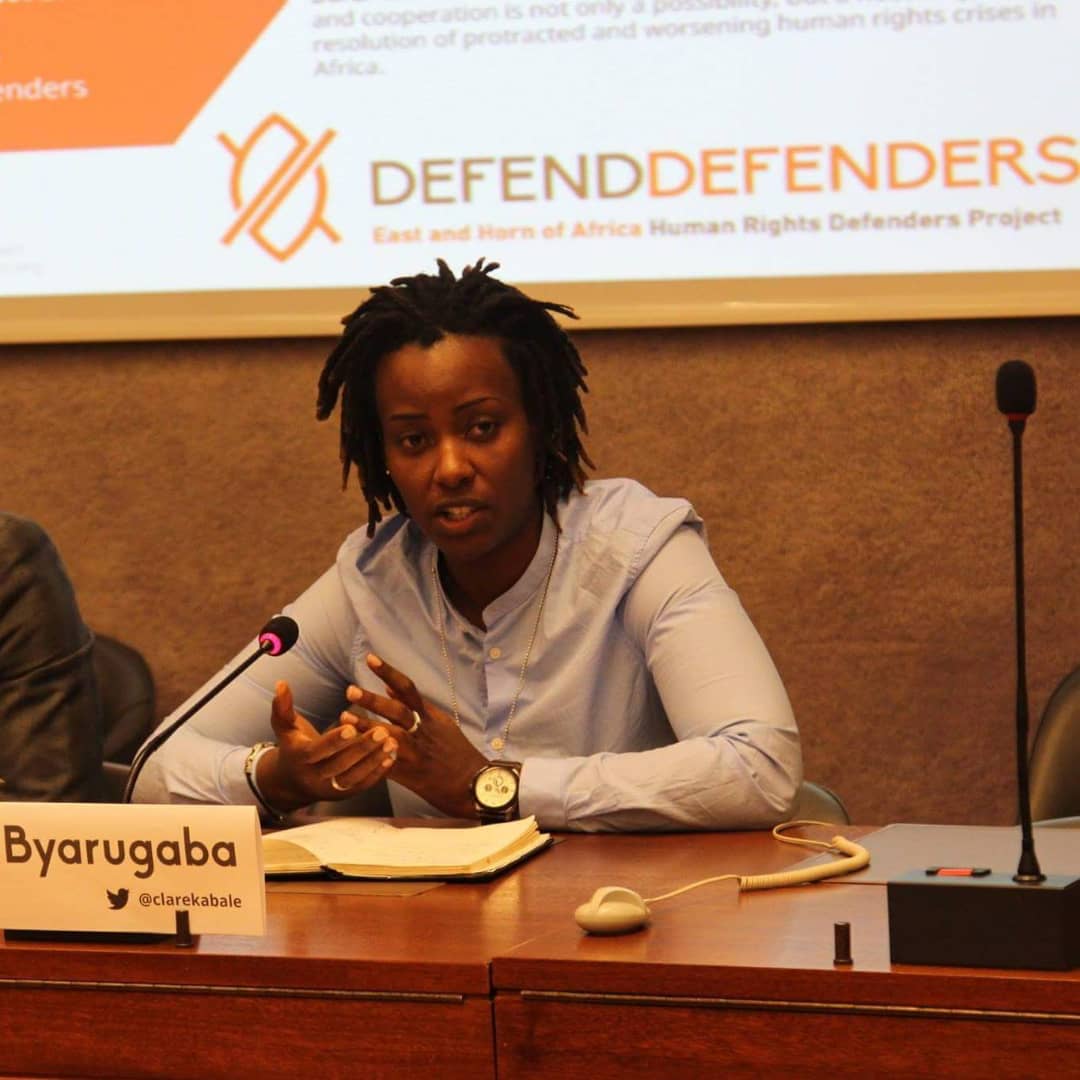 Clare Byarugaba is a prolific LGBT advocate and Feminist based in Kampala. Born on 25th April, she hails from the hills of Kabale also known as “The Switzerland of Africa” which is located in the South Western part of Uganda. The 31 year old activist identifies as a lesbian that doesn’t believe in the concept of labels. She went to Bweranyangi Girls Secondary School in Bushenyi before pursuing a Bachelor of International Business from Makerere University Business School. On completion of her degree, she got internship in the Parliament of Uganda as a Budget Officer and then attended the East African School of Taxation in 2011. It was until the passion for activism overtook her that she fully got involved in advocacy for rights of gender and sexual minorities in Uganda.

Besides being one of the organisers that spearheaded the very first Gay Pride Uganda event in 2012, Clare worked as Co- Coordinator at the Civil Society Coalition on Human Rights and Constitutional Law (CSCHRL) in Kampala from April 2012 to September 2014. During her tenure at the coalition, she contributed greatly to the fight against the Anti Homosexuality Bill that was introduced into Parliament in 2009 and this earned her the US Department of State Human Rights Defender award honoree. Currently, she works at Chapter Four Uganda as Programs Coordinator of the Equality and Non Discrimination Program. She is also a member of the Expert Advisory Committee on LGBT rights in East Africa World Bank Group since June 2015.

In 2013, inspired by the relationship with her mother, she founded the Parents, Family and Friends of Lesbians and Gay Ugandans Chapter (PFLAG) which is a support group that creates a space to reconcile LGBTI persons with their families and loved ones. Part of her accomplishments also include being an Oak Human Rights Fellow with the Oak Institute for the study of International Human Rights at Colby College in 2014, where she led lecture series for seminar class about Human Rights in a global perceptive. And later on, she became an Aspen Fellow.

Byarugaba is one of the pioneer members of the Uganda Kuchu Aquatics Team that recently represented the LGBTI community at the 2018 Gay Games in Paris. One of the other things she loves to do for leisure is play Volley Ball. As an activist, Clare is an ardent believer in speaking out against all forms of injustice and violations against human rights.