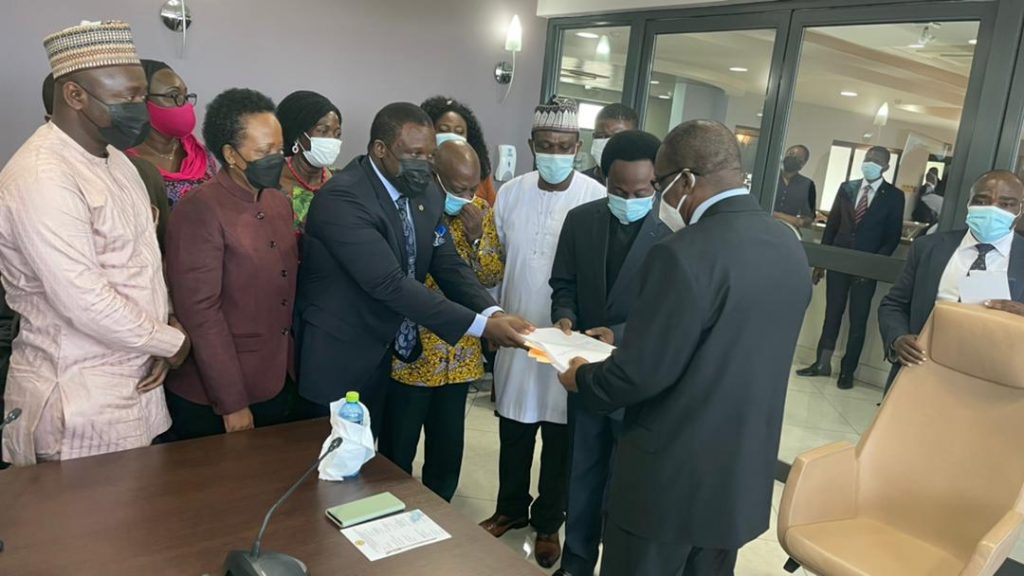 In a move to show support to LGBTIQ people in Ghana, Ugandan rights activists have set up a petition in a bid to bring awareness to the government’s endeavors to sign into law a bill that will further infringe the human rights of LGBTIQ people in Ghana.  The bill named “Promotion of Proper Human Sexual Rights and Ghanaian Family Values Bill, 2021” has clauses that will require sexual minorities in Ghana to undergo “conversion therapy”.

“Sean Awali Shibolo the Executive Director The Robust Initiative For Promoting Human Rights (TRIUMPH) Uganda, who initiated the petition says, “This is not an isolated incident on the African continent as a sexual offences Bill 2019 that among others bans same sexual relations passed in May/2021 is in the pipeline to be assented to by the President of Uganda. It thus becomes urgently necessary that we all stand in solidarity with the LGBTIQ community in Ghana by signing and sharing the petition aimed at causing rejection and withdrawal of the Bill.”

“What is happening in Ghana is exactly what happened in Uganda. Extreme religious groups sponsor politicians to spread homophobia. This is the same thing that Scott Lively did in Uganda in 2009, he prepared the ground for “kill the gays bill”. Pay attention to Ghana.” says Dr Frank Mugisha from Uganda.

Hon. Samuel Nartey George the MP for Ningo-Prampram constituency, the main sponsor for the bill took to social media (Facebook) to announce that they had presented the bill to parliament.

“This morning, together with other with 7 colleagues of mine, I presented the Rt Hon Speaker of Parliament a Bill on Proper Human Sexual Rights and Ghanaian Family Values. The Bill when passed into law would criminalize promotion, advocacy, funding and act (s) of homosexuality in all forms is a landmark legislation that has taken the last 14 weeks working with a fantastic team of professionals to put together. It is in my humble opinion a world class piece of legislation which should be reference material for other parliaments seeking to pass similar legislation.” His post partly said.

He thanked the Rt. Honorable Speaker of Parliament, the Parliamentary Drafting office and the National Coalition for the Promotion of proper human sexual rights and Ghanaian family values for cooperation on the Bill.

The Ghanaian Speaker of Parliament Alban Bagbin was quoted saying that the LGBTIQ “scourge” was worse than the COVID-19 pandemic. He was optimistic that the bill would be signed into law because many influential religious leaders, government officials support the bill.

Rightify Ghana an LGBTIQ rights group says such a bill could erode progress in the fight against HIV / AIDS, “When such a homophobic bill is passed, people who have been exposed to HIV, may be discouraged from visiting clinics for fear of discrimination and arrests. Service providers may also be threatened with the law and this may negatively impact their work and service delivery.”

You can join the petition to reject Ghana’s Anti-Gay Bill here.