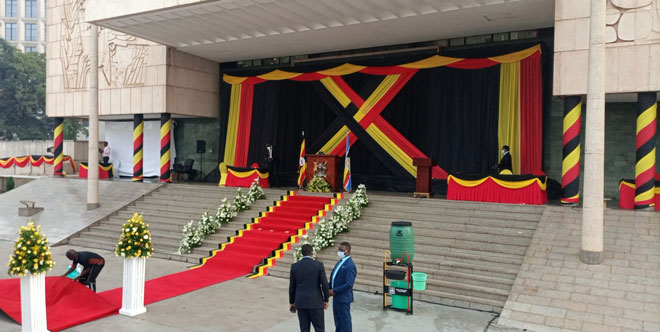 The LGBTIQ community in Uganda has today caught a break after President Yoweri Kaguta Museveni returned the notorious Sexual Offences Bill back to the floor of Uganda parliament for reconsideration saying all the crimes that would be punishable under the law are already provided for under the Penal Code Act.

While chairing plenary within parliament for the first time, since the Members of Parliament moved back to the house from a makeshift tent that they were using to deliberate due to COVID-19 restrictions, the Deputy Speaker Anita Among said she received a message from president Yoweri Kaguta Museveni who refused to sign the bill because it had anomalies.

In response to this, Rosebel Kagumire a Ugandan Writer and Editor says “This is important news and a temporary defeat for anti-rights forces in Uganda! Another horrible law is out. Back to parliament, I hope they start to take sexual offences with the urgency and seriousness required. The Sexual Offences Bill passed in May was further criminalizing sex work and LGBTI persons. It also failed miserably in being emphatic on what constitutes consent which is the foundation of any meaningful law to stem sexual abuse that is so rampant.”

Angela Asiimwe a lawyer and human rights defender who was part of the team of feminists that shared recommendations on how the bill would be enhanced said, “I’m glad it was rejected because they eliminated provisions especially on marital rape, consent and discriminated LGBTIQ people plus people living with HIV/AIDs. Members of Parliament need to consider recommendations we submitted”

In other good news, the Ugandan constitutional court annulled an anti-pornography law following a petition by feminists and human rights lawyers. The law was meant to “protect” women and children from immorality. The petitioners however say the law created more harm than good because only women who’s nudes or sex videos were leaked got punished instead of the perpetrators who leaked the videos and nudes.