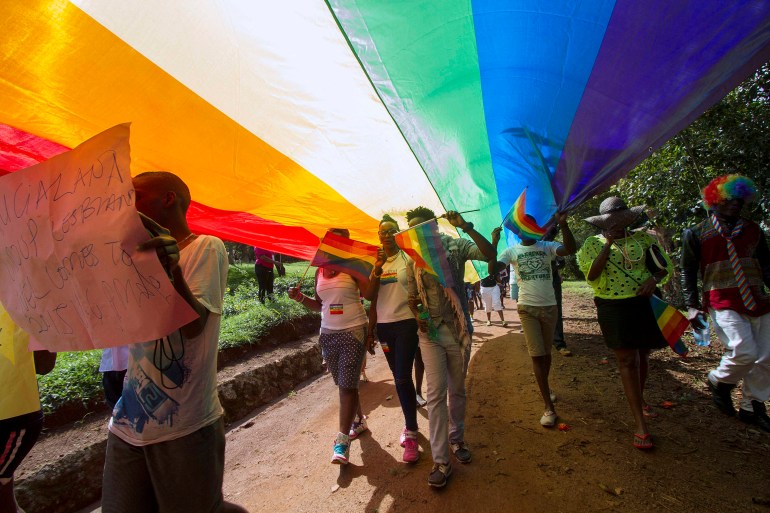 HOMOPHOBIA:How do we try and stop it?

One on one conversations:

It is essential that we have sincere conversations with the people who are around us people we interact with daily like our neighbors, friends and family and inform them that being LGBTIQ is not a crime or a bad thing this way when they finally get to realize that we are LGBTIQ (when we come out or are outed) they do not attack/harm us.

In a bid to transform discrimination it is important for us as LGBTIQ people to consult and have candid conversations with service providers such as boda boda riders, shop keepers, and mall employees. Many of them just don’t understand who we are and are bound to harm an LGBTIQ person due to the homophobia that was splurged during the introduction of the anti-homosexuality act that was widely publicized.

There’s need for continued lobbying of lawmakers to support LGBTIQ people in Uganda, during the introduction of the anti-homosexuality bill, many lawmakers were shown horrific images of LGBTIQ people but through lobbying and the publication of the Bombastic Magazine quite a number of them began to understand us, they now know we are not the monsters we were painted out to be.

Public campaigns such as Pride should be allowed to happen without government interference, this way we can bring ourselves closer to the people by inviting them to our events and showing them who we are, this could encourage nonviolence of LGBTIQ people in Uganda.

As a last resort LGBTIQ people are forced to use courts of law, for example when 44 people were arrested from a shelter during the COVID-19 lockdown, we went to court and won the case. All 44 were released. This however is not really the way we want to go as it creates hostility and may delay or mar any ongoing dialogue with government.

The bigger picture here for us would be to lobby for decriminalization of LGBTIQ people and setting up laws that allow us to live humanely with access to basic rights to health, financial freedom and existence.

Conclusion:
All this however cannot be done without support and resources we are in a fix with our donors “restructuring” and withdrawing due to the pandemic. We need to get together and work better towards nonviolence of the LGBTIQ community in Uganda.