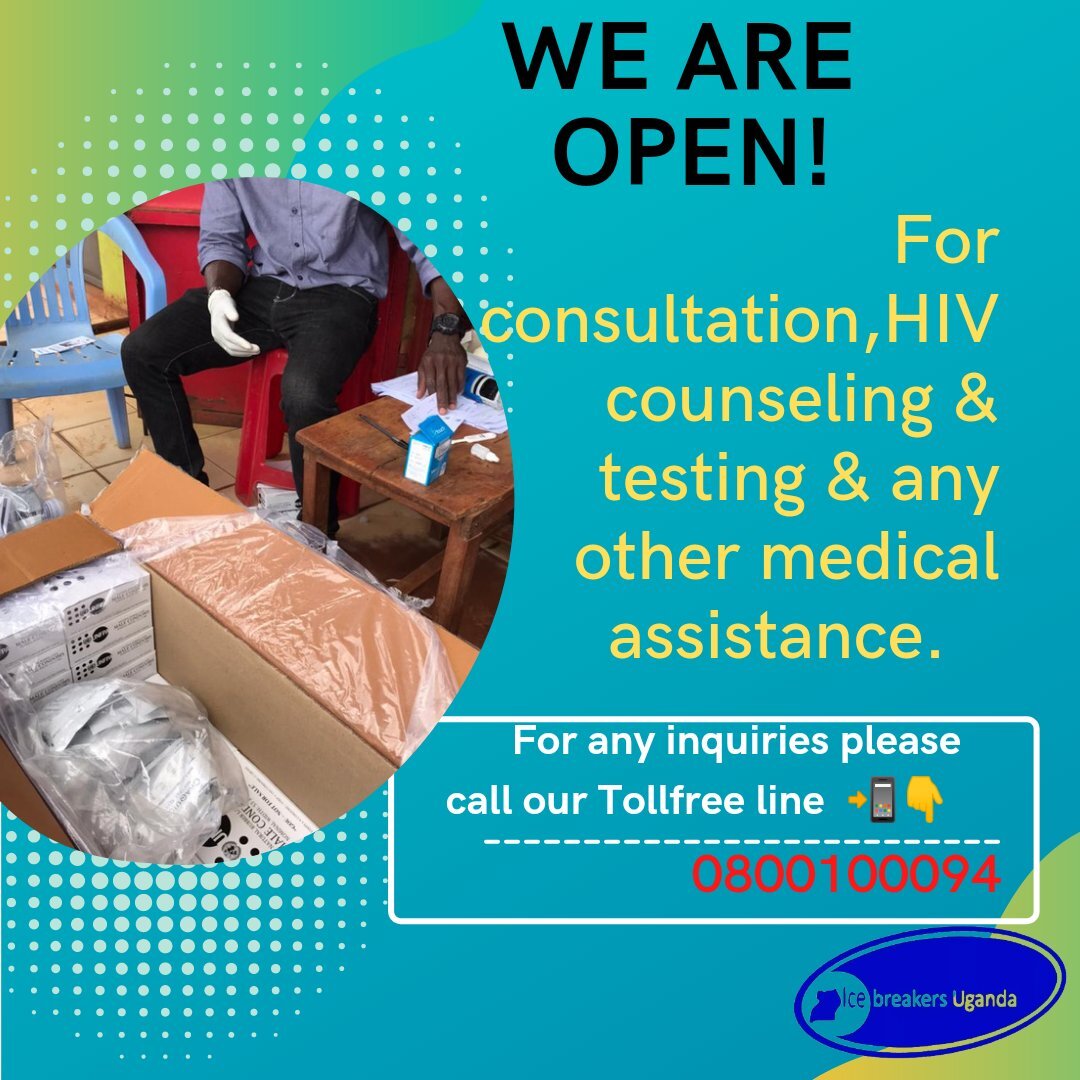 Icebreakers Uganda has been described as a space of rejuvenation, love, community and healing for Lesbian Gay Bisexual Transgender and Queer-LGBTQ people in Uganda. Although strategically staffed by two clinical psychologists in the mental healthcare department to oversee wellness and healing, Icebreakers Uganda not only serves LGBTQ and sex worker communities but have gone an extra mile to serve neighboring community members among others as referred to them by different mainstream partners and networks.

Herbert Ayesiga who curated the mental healthcare space says “We are seeing a lot issues come in on suicidal thoughts, depression, stress that comes with being a sexual minority living in a homophobic country, trauma triggers, anger management concerns, family issues, IPV especially sexual violence traumas ,crisis, drug and substance abuse to mention but a few. I’m just glad that the community that we are catering to are embracing our services.”

At the mental healthcare space they have so far held numerous free group and individual mental healthcare sessions all these are being attended to and facilitated by the two psychologists and 16 mental health peers in the 16 districts that Icebreakers Uganda serves. According to Herbert Ayesiga, they plan to add more districts this year and the years to come due to the large number of referrals they receive.

Icebreakers Uganda The first ever LGBTQ clinic in Uganda started out as a social club where Men that have Sex with Men –MSM got together to talk about their issues without discrimination. After a series of conversations, the founders discovered that a number of MSM were struggling with discrimination whenever they went out to seek HIV services among other healthcare services in government or privately owned hospitals which led to the birth of Icebreakers Uganda Clinic. They began with offering testing and treatment of HIV and anal warts. As demand for their services increased, they branched out to serve the rest of the community including lesbians, bisexuals and transgender people, sex workers and the community at large with several healthcare services including referring clients for free cervical cancer checkups, offering free medication for UTI infections, menstruation cramps as well as free sanitary pads.

Icebreakers Uganda now boasts of a fully stocked clinic, a mental healthcare space, an onsite nurse and occasional visits by a doctor when need arises, two clinical psychologists and 16 mental health care peers among other staff onsite to serve the community in various capacities including advocacy, research and documentation among others.

You can reach out to them not only for any mental health care needs, but other healthcare needs as well on Toll Free Line: 0800100094.