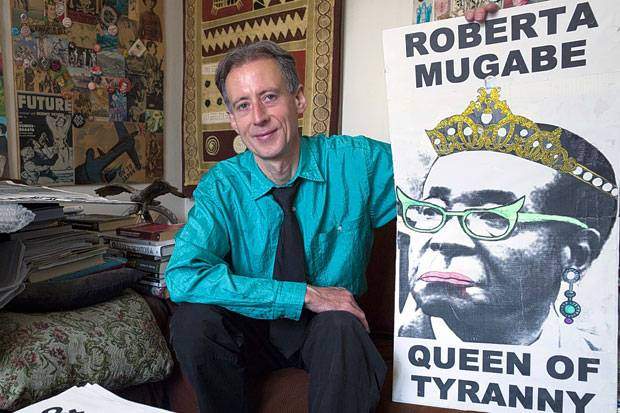 Overturn convictions under all anti-gay laws, not just gross indecency

“It’s great that Alan Turing was granted a pardon but what about all the other victims of homophobic legislation? An estimated 50,000-100,000 men were convicted under Britain’s anti-gay laws during the twentieth century. All these men deserve a pardon, like the one that was granted to Alan Turing. His pardon is much deserved but he should not be singled out for special treatment. Unfairly, no such pardon has been extended to the tens of thousands of other gay victims – not even to other high profile victims such as Lord Montague and Sir John Gielgud,” said Peter Tatchell, Director of the human rights organisation, the Peter Tatchell Foundation.

Mr Tatchell is one of the signatories to an Open Letter to the Government, alongside Stephen Fry, Benedict Cumberbatch and Alan Turing’s niece, Rachel Barnes. The letter seeks to secure a pardon for every man convicted under Britain’s now repealed homophobic legislation. It was published as a full page advertisement in Saturday’s Guardian newspaper.

The Peter Tatchell Foundation is supporting a petition for a universal pardon. Please add your support.

“A pardon should be granted to all men convicted of consenting adult same-sex relations. This includes those found guilty of Turing’s offence of ‘gross indecency’ and also men found guilty of other anti-gay laws, such as ‘buggery,’ ‘procuring’ and ‘soliciting and importuning’ homosexual acts. These bigoted laws were repealed only in 2003,” noted Mr Tatchell.

“There were around 49,000 convictions for so-called ‘gross indecency’ but many more men were convicted under other homophobic laws. Up to 100,000 may have been convicted in total. We don’t know the exact number because criminal statistics on homosexual offences are imprecise.

“Shockingly, the criminalisation of men for same-sex acts continued for half a century after Turing’s conviction.

“The 1967 Sexual Offences Act was a very partial, limited decriminalisation. It applied to England and Wales only; not being extended to Scotland until 1980 and to Northern Ireland until 1982.

“After 1967, all the ancient anti-gay laws remained on the statute books under the heading: ‘Unnatural Offences’. They were merely not enforced in certain narrow circumstances. But most aspects of gay male life remained criminal. In the four years after 1967, convictions for consensual gay offences rose by almost 400%.

“In 1989, over 2,000 men were convicted under the same law as Alan Turing; which was nearly as many as in the repressive 1950-55 era when Turing was prosecuted.

“The ‘gross indecency’ law of 1885 prohibited any form of sexual contact between men, even mere touching and kissing. It was used to convict Alan Turing in 1952 and to jail Oscar Wilde in 1895.

“Since the Sexual Offences Act 2003, for the first time in over 500 years, the UK has a criminal code that does not discriminate on the grounds of sexual orientation.

“Homophobia isn’t over yet. In 2013, to create a data base of ‘serious sex offenders’, police turned up unannounced on people’s doorsteps to demand DNA samples from men who, like Turing, were convicted of consenting adult same-sex relationships decades ago. They were lumped together with rapists and paedophiles. It took a campaign, spearheaded by the Peter Tatchell Foundation and Galop, to get the police DNA trawl dropped,” said Mr Tatchell.