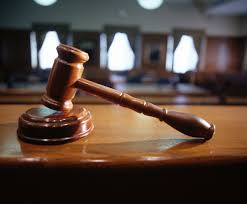 A case filed by five Kenyan students, who were expelled for allegedly engaging in lesbianism, will be heard today before High Court judge Isaac Lenaola.

According to one of the complainants, after an entertainment session on April 4th, she together with her peers headed to her dormitory for a setbook discussion. Unfortunately, the girls fell asleep and spent the night in her room; an incident that sparked rumors the four were lesbians.

They were later summoned before the disciplinary committee which instructed them to write apology letters to prove they owned their mistake. A few days later, the girls were still expelled with only missives addressed to their parents.

The students who were first suspended on April 8th prior to being expelled on May 18th by a Nairobi-based school then dragged the school’s board of management through lawyer Mwang’ombe Mwakio.

They claimed that their expulsion is unconstitutional as it contravenes the Basic Education Act as well as the Children Act. They now want to be re-admitted so that they can catch up with lost time and lessons and also argue that both the suspension and expulsion were without a valid reason.

The case has been closed from the public and media to protect the identities of the minors.

In a related case, a teacher only identified as Wycliffe appeared before Meru Court on May 26th to answer to assault charges. He is accused of slapping a 16 year old form two student who was suspected of being a lesbian. The altercation resulted into injuries that left the student in Consoata Mission Hospital where she underwent a minor surgery in January.

On the fateful day, the student is said to have approached the teacher about the rumours that were making round only for him to slap her thrice, leading to hearing impairment.

Wycliffe pleaded not guilty and the case was extended to June 25th.