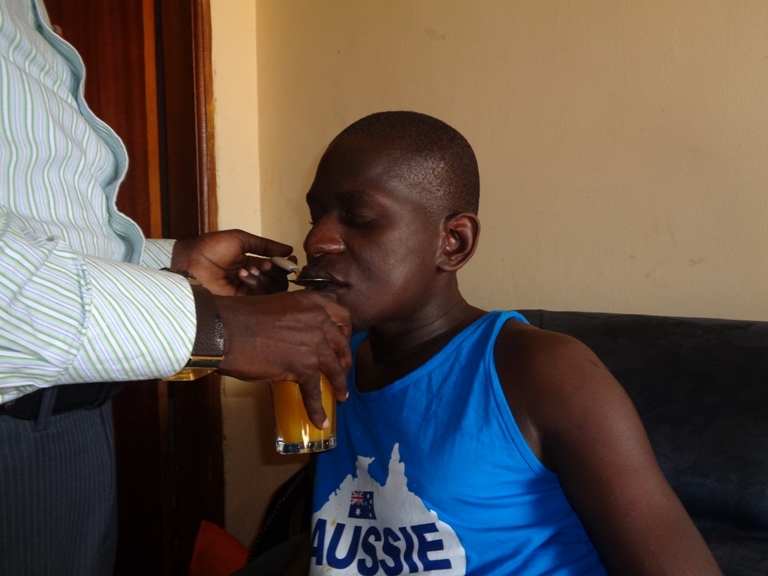 Kabuye Najib a Ugandan LGBTI and sex workers’ activist was early this week attacked by a gang of 8 men. At 11:00pm on 9th April as Najib approached his gate, eight unidentified males attacked and beat him severely, leaving him with a dislocated jaw.

Najib is a national coordinator for the Uganda Harmonized Rights Alliance (H.U.R.A), a network for sex work focused organizations, he is also the Rapid Response Manager for the Ugandan LGBTI Security team.

According to the Chairperson of the Ugandan LGBTI Security Committee Ntebi Sandra, the attack is being viewed as a hate crime and all indicators show that the attackers had trailed Najib for a while.

Najib had to endure the pain throughout the weekend as most doctors were not readily available. Headed by Ms Ntebi, a group of colleagues tried to get access to over thirteen hospitals but all efforts were futile. Finally on Sunday, Najib was admitted to Mulago hospital and underwent jaw surgery the following morning. He is to return for further medication and review after two weeks. However, he is not allowed to eat any solids till a period of sixteen weeks elapses; and for now, survives on juice and other liquids.

Najib who cannot verbally communicate due to his loose jaw bones has resorted to writing any information he may want to pass on as well as using sign language.

Writing on a piece of paper Najib narrated to Kuchu Times; “Eight guys attacked and started beating me saying that I am a homosexual, one of them said that he can’t even risk taking my money or anything from me because it is all cursed, they tore my shirt and left me lying helpless in the dark”.

Joseph Kawesi, one of Najib’s closest confidants intimated that most people in their neighbourhood were well aware of their work and involvement with the sexual and gender minorities’ community. He also revealed tht Najib had previously received threatening messages insinuating plans to bring him harm if he didn’t vacate the area.

It should be remembered that there has been a wave of attacks targeting LGBTI activists in different areas of Uganda particularly Kampala city with most fueled by media outings. When the President of Uganda signed the Anti-Homosexuality Act into law on 24th February 2014, tabloids kept a consistent trend of publishing members from the LGBTI community leaving many homeless, jobless and at risk of being attacked.

Even with the annulment of the Act, hate crimes remain a reality within the LGBTI community clearly indicating that a lot of work still needs to be done concerning sensitization of the masses about LGBTI issues.