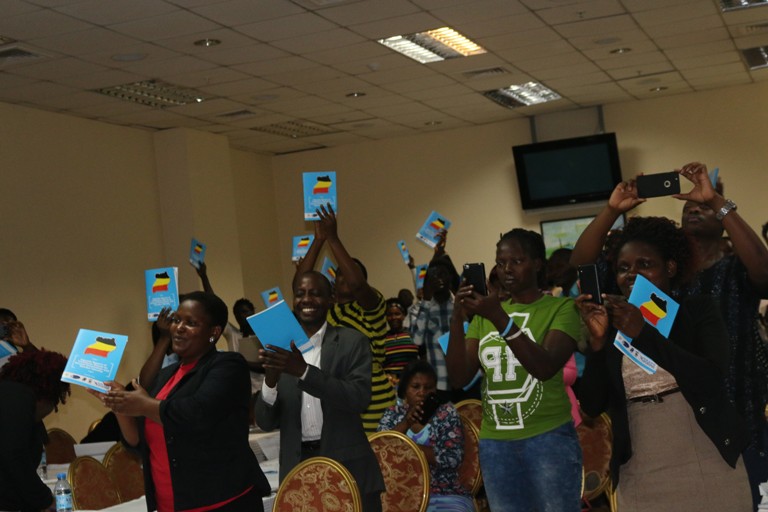 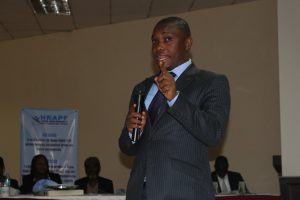 Human Rights Awareness and Protection Forum on Thursday 29th 2016 launched two reports – The Implications of Enforcement of ‘Idle and Disorderly’ Laws on the Human Rights of marginalised Groups in Uganda and Uganda Report of Violations Based on Sexual Orientation and Gender Identity.

The ‘Idle and Disorderly’ Laws report focused on the nature of these laws in Uganda ie what it means to be idle and disorderly, and rogue and vagabond. It encompassed why these laws continue to be enforced in Uganda, their implementation, trends of arrest, charges and prosecution, implications of these laws on marginalised groups as well as recommendations to state actors and policy influencers.

The research led by Fridah Mutesi found that the Idle and disorderly laws are extensively implemented in Uganda and according to records, 958 charges were recorded at five different policy stations between 2011 and 2015.
It was discovered that victims of these arrests are mostly marginalised groups that rank lowest on the social and economic radar. These include sex workers, street dwellers, street children, LGBTI persons, drug users, beggars and hawkers. The research pinpointed to the fact that the lowest of these already marginalized groups were even targeted more for example only sex workers in ‘low end places’ are normally arrested.

To note also is the fact that the enforcement of ‘Idle and Disorderly’ laws seems to fall in line with the country’s political climate. The years 2011 and 2015 which had presidential elections registered a decrease in the number of people that were arrested under these laws. Despite their popularity, most of these arrests do not graduate into prosecutions and the number of court cases amounted to 597, a lower number compared to the 958.

There are also a number of convictions on record but most have resulted from the accused pleading guilty to get shorter sentences as well as avoid long judicial processes. All this has impacted negatively on the rights and lives of the victims. According to the report, these laws contravene different rights under Uganda’s Constitution as well as regional and international human rights laws.

The report also made several recommendations to different key players -the Uganda Law Reform Commission, Parliament, the Judiciary, DPP, the Attorney General, The Inspector General of Police, the Police force and the civil society organisations working with marginalised groups. The report calls upon all stakeholders to defend the rights of marginalised groups, and conduct awareness programs on rights and issues of SOGI.

This report was launched by the Director Complaints,Investigations and Legal Services at Uganda Human Rights Commission, Ruth Sekindi. Ms Sekindi thanked HRAPF for looking into this law and compiling a proper reprt that will transform the application of the Idle and Disorderly laws in Uganda.

It found that there were 171 verified violations of the human rights of LGBTI persons in 2015 based on sexual orientation and gender identity. Of these , 78 were perpetrated by state actors and 93 by non state actors. It was also discovered that Uganda Police remains the top individual perpetrator of LGBTI persons.

Recommendations were also made to Uganda Police, Uganda Human Rights Commission, Parliament, Equal Opportunities Act, the Judiciary, Uganda Law Commission, the international community, media and tall human rights organisations. The report urges the above to treat all people with the dignity and respect they deserve, all state institutions to incorporate the Human Rights based approach into the fulfillment of their respective mandates as well as investigate and document all violence and abuse based on sexual orientation and gender identity.
On the same day, held a press conference to address the case that was declared moot by the Arusha based East African Court of Justice.

The case, Reference No.6 of 2014 – Human Rights Awareness and Promotion Forum (HRAPF) v Attorney General of Uganda and the Secretariat of the Joint United Nations Programme on HIV/AIDS (UNAIDS) was originally filed by HRAPF under the auspices of the Civil Society Coalition on Human Rights and Constitutional Law (CSCHRCL) in August 2014 soon after the Anti-Homosexuality Act had become law.

The Anti-Homosexuality Act dramatically expanded criminal liability for consensual same-sex sexual activity between adults and created new offences such as homosexuality which included acts like ‘touching with intent’ to commit homosexuality, and ‘promotion of homosexuality’, which threaten civic space and press freedom. It also provided for immunity for persecution for persons who committed any crime while protecting themselves against homosexuality. There was a marked increase in the violations of human rights of Gay, Lesbian, Bisexual, Transgender (LGBT) people form the time the Act came into force, until it was nullified and even afterwards.

During the course of the case, four amicus curiae applications were made to join the case by Health and Development Initiative (HDI)- Rwanda , UHAI- The East African Sexual Health and Rights Initiative (EASHRI)- Kenya , a lawyer from Tanzania together with the Centre for Human Rights, University of Pretoria (South Africa) and the joint secretariat of the United Nations on HIV/AIDS (UNAIDS). The first three applications were rejected and only that of UNAIDS accepted. UNAIDS made its submissions which in essence focused on the implications of the Anti-Homosexuality Act 2014 on the HIV/AIDS response, especially among LGBTI persons.

Judgement in the case was delivered by a panel of three justices: Hon. Justice, Monica Mugenyi (Principal Judge) from Uganda; Hon. Justice Faustin Ntezilayo, judge (from Burundi) and Hon. Justice Fakihi Jundu (from Tanzania). The court observed that the amendment of the Reference was done irregularly as the Attorney General did not specifically consent to the introduction of new facts concerning the violations committed during the period when the Anti-Homosexuality Act was in force. That it was in violation of articles 48 and 50 of the East African Treaty, and so those parts of the amendment were struck out. By doing this, the court actively ruled on the original reference and not the amended reference.

The court then decided that the case was moot since the reference challenged a law that had been nullified by the court. The court relied on their on the judgement in the Legal Brains Trust vs Attorney General of Uganda, EACJ Appeal No.4 of 2012, where it was held that ‘….it is a cardinal doctrine of jurisprudence that a court of law will not adjudicate hypothetical questions-namely, those concerning which no real dispute exists’. The court considered the public interest exception to the general rule and found that it did not find the evidence sufficient to ‘….establish the degree of public importance attached to the practice of homosexuality in Uganda…..’