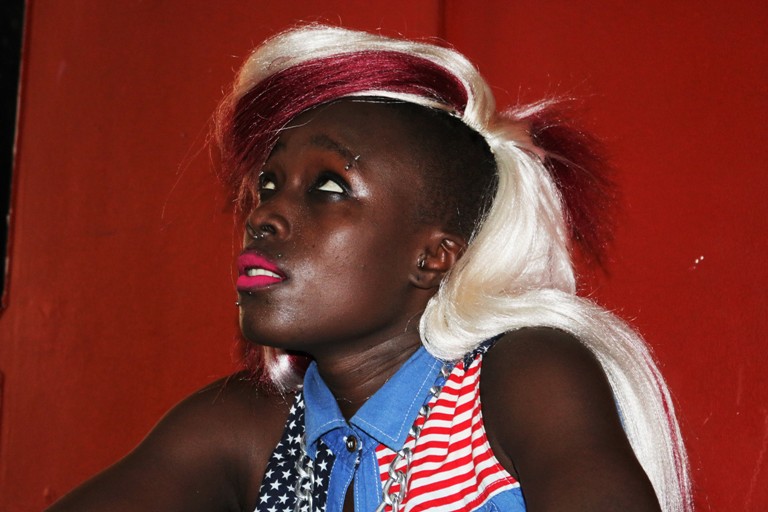 The events of  4th August 2016 are still fresh for many- Uganda Police raided /Club Venom where the Mr and Miss Pride pageant was taking place.

Both uniformed and uniformed officers were deployed to halt the event; exhibiting the highest forms of unjust treatment to hundreds of guests that had turned up to witness the colorful night. About twenty people were arrested and detained at Kabalagala police station; many transpersons were assaulted by police officer s, both physically and verbally.

Such memories still linger in Shivan Pavin’s mind, memories evoke much agony and trauma. In order to heal from the scars left behind by the events of that gruesome night as well as draw attention to the injustices inflicted on gender and sexual minorities, the singer has composed a song titled ‘Why’.

Shivan an out lesbian and musician has dedicated her life to using music as an advocacy tool. She has been previously been a part of City Rock entertainment and Fantasies Galz. She is currently signed to Makombo Music recording label.

In her new single, Shivan emphasizes the basis of the LGBTI movement in the country- all Ugandans are born equal and deserve equal treatment. Shivan ponders why LGBTI Ugandans are treated like rebels and why the community does not treat them like humans.

“If we don’t have a right to be who we are why did God create us? Why are we surrounded with hate?,” Shivan asks.

These are some of the questions that Shivan directs to the public concerning the unending mistreatment of LGBTI Ugandans; she believes that no human should be discriminated because of his or her sexual orientation or gender identity. 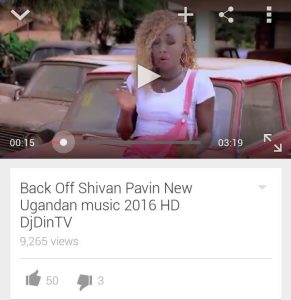 The singer who has already released the audio is in preparations to shoot the video. However, considering the current political environment and the threats recently issued by the Minister of Ethics and Integrity, Shivan says it is not a simple project but she is still determined to make it a reality.

Shivan told Kuchu Times that the incident at Venom and the utterances by Father Lokodo triggered this project. She says it was after Lokodo’s statement that she realized that LGBTI Ugandans are treated like second-class citizens who have no right to gather or assemble.

She hopes that ‘Why’ will inspire and encourage many LGBTI Ugandans to stand their ground and say no to such injustices. She also hopes that the public will change its perception and attitude towards minorities.

Shivan explains that she has no reason to hide her sexuality from mainstream musicians, managers and promoters.

“I don’t understand why someone would focus on what I do in my bedroom rather than looking at my talent. My openness about my sexuality has helped me to associate with these mainstream musicians,” she says.

However, Shivan says that she has been discriminated against by some promoters even refusing to put her on concert promotional posters and others shunning collaborations with her in fear of losing market.

She further encourages talented Ugandan Kuchus to exploit their gifts irrespective of the opposition from the public based on their sexuality and gender identity.