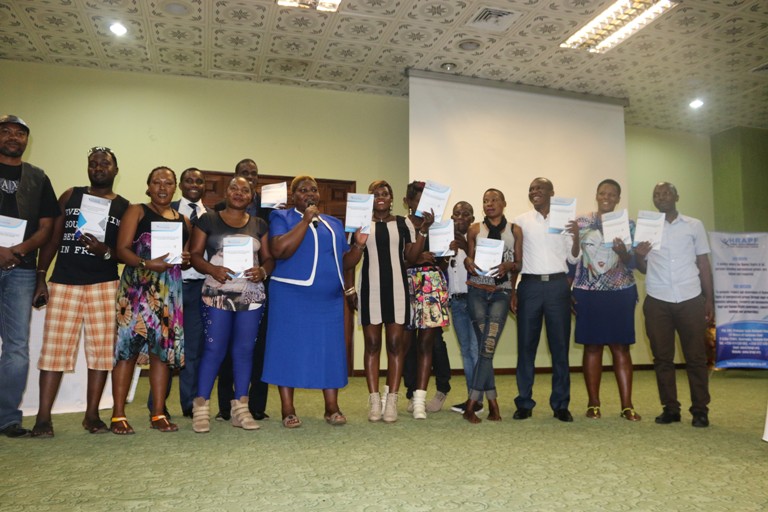 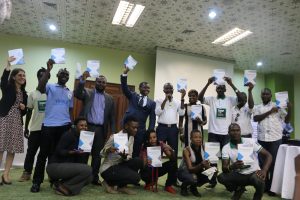 Drug Use and the Law

The Republic of Uganda enacted the Narcotic Drugs and Psychotropic Substances (Control) Act of 2015 (NDPSA) in 2016.This law pushes for a strong war against drug users worldwide, however, this war on drugs has negative implications on those that use drugs, they are harassed, forced to go into hiding and many end up being blacklisted as criminals. Criminalization of drug use has made these users ca vulnerable category in society.

HRAPF an organization that provides free legal services to key affected populations has also registered some cases where many drug users around have been subjected to different forms of violations by the relevant authorities especially the police.

Despite the scale of drug use and the authoritative public health and human rights issues which its illegalization presents, there is currently no detailed study on the legal and policy atmosphere relating to people who use drugs in Uganda.

Based on the above stated facts, HRAPF embarked on a study to unearth how the enforcement of laws affects people who use drugs especially NDPSA and other laws in effect to regulate usage of drugs.

Through this, HRAPF was able to talk to drug users, organizations working on the issues of people who use drugs, enforcement agencies and officials from the ministry of health.

Dr. Businge Kabumba from the Faculty of Law Makerere University who participated in the five months study presented the findings of this report and recommendations that were made to concerned parties. 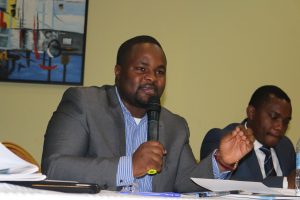 This research was conducted in Kampala district and all this was done with guidance from Ugandan Harm Reduction Network (UHRN). Under NDPSA, possession of drugs is criminalized with heavy penalties or a fine of $300 or shs. 1,034,000.

It was furthermore discovered through this study that there is lack of comprehensive facility that provides public health services to people who use drugs.

All this criminalization of drug use has created social stigma thus isolation plus other related depression and suffering of drug users.

The report also shows that police uses lethal force when arresting drug users and in the same process, many of these suspects are harassed, blackmailed, intimidated and their money extorted by police officers on duty at the time of arrest.

Key recommendations were made to the responsible stake holders such as ministry of health, parliament, judiciary, Uganda Law Reform Commission, DPP, Police, Drug users and Organizations working with these people, The Academia and the public plus private health facilities to put to ad 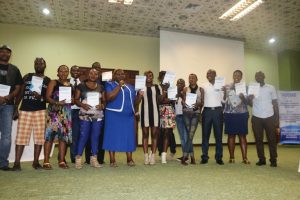 dress the shortlisted challenges facing these people and NGOs fighting for their rights.

Mr. Baguma Chris who is the programs director of UHRN commended HRAPF for the great work done to conduct such a helpful study and also thanked the drug users for being part of the process. He urged other members from the civil society.

The study about the legal implications of sex work in Uganda was conducted in Makindye Division as a sample space to analyze how sex workers that were doing sex work in Makindye Division were affected with laws that outlaw such activities such as the HIV/AIDS Act, The Sexual Offences Bill and The Anti-Pornography Act. Sections 1838 and 139 of the Penal Code Act prohibits prostitution

Enforcement agencies especially the police have used these laws to humiliate and violate the rights of sex workers not only in Makindye Division but also in Uganda at large.

Different from prior studies that have been made by different researchers about sex workers, this time HRAPF included the aspect of male sex workers in the study since these laws affect them both, male and female sex workers.

Mr. Francis Tumwesige the lead researcher in this study collaborated with Women’s Organization Network for Human Rights Advocacy (WONETHA) and other members from both the male and female sex work fraternities to come up with the final findings of the study and made recommendations to the concerned stake holders.

Through this, they found out according to the confessions from some of the sex workers interviewed that Police used excessive force in many cases at night while arresting them on streets in Makindye and these sometimes blackmail and extort money from them, beat them up, rape them, throw them in detention cells, hurl insults at them.

It was discovered that since 2008, such unlawful operations had steadily declined and all this was attributed to the empowerment of sex workers by WONETHA, HRPAF and other organizations that fight for the rights of key populations operation in Makindye Division through sensitization training equipping sex workers with knowledge about their rights as Ugandan citizens.

This decline was also due to the recent continued close engagements between sex workers in Makindye division and Uganda police especially officers from katwe police station.

Contrary to the case of massive arrest of female sex workers, for the male sex workers it was discovered to be a different case since these suffered targeted arrests. Most of these do their work on phone and using code languages due to fear of being charged under the penal code section 145.

It was also discovered that both male and female sex workers would be paraded before the media after being arrested. Recommendations were made to the pointed-out stake holders to find ways of addressing cases of violations of rights of sex workers.

Daisy Namakula who is the Executive Director of WONETHA launched this report. She read a statement highlighting WONETHA’s work to liberate the rights of sex workers in Uganda. She also thanked HRAPF for the amazing work they do to fight for the rights of key affected populations in Uganda.