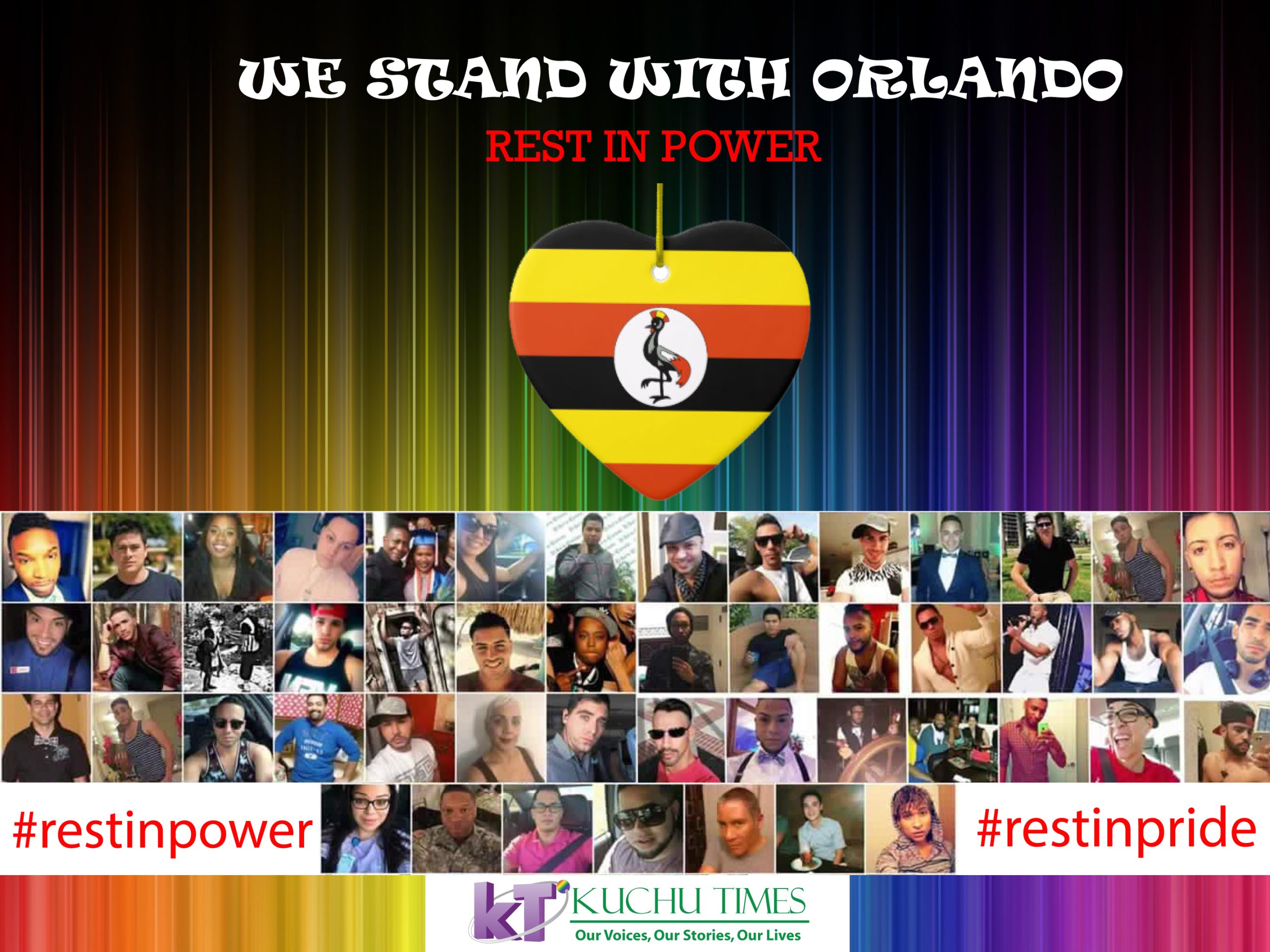 On 12th June 2016, the world was left dumbfounded after  Pulse, a gay club in Orlando was attacked leaving 49 people dead. One year down the road, the LGBTI community around the world is still recovering from the homophobic attack; they have, in commemoration of the first year memorial, honored them with the hash tags #WeWillnotLetHateWin and #WeareOrlando.

Below we share brief notes (as shared on the Pulse Orlando facebook page) on each of the victims of the attack. They are fondly remembered by friends and family and remain a source of courage to the global LGBTI community. May all your wonderful souls, that departed at the hands of a heartless homophobe, continue to rest in power. 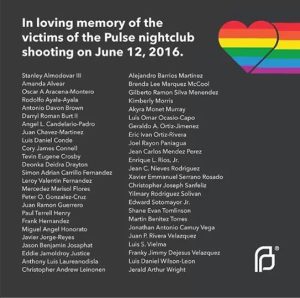 Martin Benitez Torres, 33 years old
A Puerto Rico native who was visiting Orlando to spend time with family, Martin was a selfless man with a big smile.

Jonathan A. Camuy Vega, 24 years old
Jonathan was a member of the National Association of Hispanic Journalists and worked on popular Telemundo show, La Voz Kids, produced in Orlando.

Luis Sergio Vielma, 22 years old
A student at Seminole State College and ride operator at Universal Orlando Resort's Wizarding World of Harry Potter, Luis was always a positive influence on his friends and loved ones.

Franky Jimmy DeJesus Velázquez, 50 years old
Franky was a world-travelling professional Jíbaro folk dancer, an art he brought with him from Puerto Rico.

Shane Evan Tomlinson, 33 years old
Shane was the talented singer of a local cover band who loved sharing his passion for music with the world.

Edward Sotomayor Jr., 34 years old
A national brand manager for part of America's largest gay-owned travel companies, Edward was energetic and loved having fun with friends and loved ones.

Yilmary Rodríguez Solivan, 24 years old
Wife and mother to two young boys, Yilmary had a contagious laugh and smile that could light up a room.

Christopher Joseph Sanfeliz, 24 years old
An integral part of his close-knit family, Christopher was a force of positivity to everyone fortunate enough to enter his life.

Xavier Emmanuel Serrano-Rosado, 35 years old
Xavier was a father and professional dancer who helped friends accept themselves and always had a positive outlook on life.

Jean Carlos Nieves Rodríguez, 27 years old
Remembered as loving and caring teddy bear by friends and family, Jean was a hard working general manager at a cash-checking store and had recently become a homeowner.

Enrique L. Rios, Jr., 25 years old
Enrique had a passion for helping others. He lived in Brooklyn, where he worked at True Care Home Health Care and studied social work at St. Francis College.

Jean Carlo Mendez Perez, 35 years old
As a teen, Jean Carlo worked at a perfume store, where he met his longtime partner, Luis Daniel Wilson-Leon. He always put family and friends above everything.

Joel Rayon Paniagua, 32 years old
A religious man and loyal friend who loved to dance, Joel immigrated from Mexico to enjoy a more peaceful life in the U.S.

Eric Ivan Ortiz-Rivera, 36 years old
A known goofball and interior design enthusiast, Eric had an eye for art and enjoyed life with his husband of about a year.

Geraldo "Drake" A. Ortiz Jimenez, 25 years old
Geraldo studied law in Puerto Rico but was also known as a talented actor and dancer.

Luis Omar Ocasio Capo, 20 years old
Always willing to help out a friend in need, Luis was an avid dancer who lit up every room he entered.

Kimberly Jean Morris, 37 years old
Kimberly moved from Hawaii to Orlando to help support her mother and grandmother. She worked as a bouncer at Pulse. 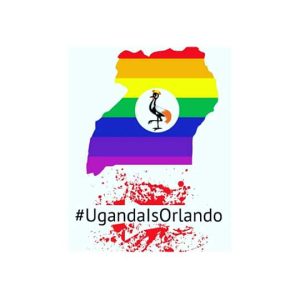 Brenda Lee Marquez McCool, 49 years old
A mother of 11 and grandmother to seven, Brenda was a cancer survivor, LGBTQ advocate and mainstay at Pulse.

Alejandro Barrios Martinez, 21 years old
In 2014, Alejandro immigrated from Cuba to Florida, joining his Father, who lives in Orlando.

Christopher "Dru" Leinonen, 32 years old
Since high school, where he won a humanitarian award for establishing his school's gay-straight alliance, Christopher had be an active advocate in the gay community.

Anthony Luis Laureano-Disla, 25 years old
An immensely talented dancer and performer, Anthony was a staple of the drag community whose stage name was Alanis Laurell.

Jason Benjamin Josaphat, 19 years old
A recent high school grad, Jason was on the road to achieving great things. He started college classes, had a way with computers and showed a passion for photography.

Javier Jorge Reyes, 40 years old
Javier had an outgoing personality that fit perfectly with his sales position at Gucci, but was also known as a humble, kind soul who loved to have a good time.

Miguel Angel Honorato, 30 years old
Miguel was a married father of three who worked closely with his brother at a local catering company.

Paul Terrell Henry, 41 years old
Loving, boisterous and encouraging to his friends and loved ones, Paul was a brilliant pool player and dedicated father to his two children, including a daughter who had only recently graduated high school.

Simón Adrian Carrillo Fernández, 31 years old
After recently returning from a Niagara Falls trip with his partner, Oscar A. Aracena Montero, the two were ready to start their lives in the home they had just purchased.

Peter Ommy Gonzalez Cruz, 22 years old
Peter was a happy person who made a difference in every life he touched.

Leroy Valentin Fernandez, 25 years old
Leroy was a creative soul who loved sharing his passion for singing, dance and fashion.

Deonka Drayton, 32 years old
After some times of trouble, Deonka was on the road to a positive future, joining a church and finding support in good friends.

Cory James Connell, 21 years old
Cory was an aspiring firefighter, student at Valencia Community College and family man who had a bright future ahead of him.

Luis Daniel Conde, 39 years old
Luis was in a loving, long-term relationship with his partner, Juan P. Rivera Velazquez, who he owned a spa and salon with in Kissimmee.

Juan Chavez Martinez, 25 years old
Juan was an outgoing, loving and kind man who made friends at every turn and was remembered for his cheerful demeanor and commitment to providing for his parents.

Angel Candelario-Padro, 28 years old
A beacon of positive energy, Angel was a beloved Zumba instructor who was studying to become a nurse and was only days from starting his new job as an ophthalmic technician.

Darryl Roman Burt II, 29 years old
Driven and fun-loving, Darryl was a recent graduate in human resources and known as much for his colorful bowties as his commitment to making a positive impact in the community.

Antonio Davon Brown, 29 years oldArmy Reserves captain, Antonio selflessly served his country and was known for his smile and kindness.

Rodolfo Ayala Ayala, 33 years old
A longtime employee at OneBlood donation center, Rodolfo was passionate about helping others and providing for his family.

Oscar A. Aracena Montero, 26 years old
Oscar had recently purchased a home with his partner, Simon Carillo, and was always known to help others and be a beacon of positivity.

Jerry Wright, 31 years old
A member of the "Disney family," Jerry was kind soul who was always willing to help those in need.

Franky Jimmy DeJesus Velázquez, 50 years old
Franky was a world-travelling professional Jíbaro folk dancer, an art he brought with him from Puerto Rico.