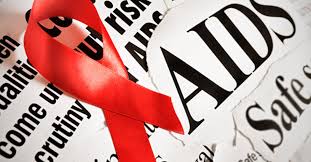 The need to address the broad health and well-being issues and needs of LGBT people was critically examined visa vie   the limitations of population health, the social determinants of health and public health goals, in light of the lack of recognition of gender and sexually diverse individuals and communities.

Spectrum focused on the unique health and social care needs of LGBT people,to offer recommendations on how to make population health perspectives, public health goals, and the design of public health promotion policy more inclusive of gender and sexual diversity in regards to controlling HIV/AIDS within key populations.

Moses Kimbugwe the Programs Director at Spectrum Initiative Uganda, said the meeting was very positive and it is one of many that will help bridge the gap between health service delivery and key populations. He explained that the Ministry of Health has shown willingness in working with the HIV/AIDS Parliamentary Committee to have a budget line specifically targeting key populations as well as fighting stigma towards HIV and KPs in the wider population.

In the past, LGBT health needs have not been captured within this epidemiological, individualized and illness-based approach. An outcome of this limited approach is a disease-based focus, that primarily focuses on treating rather than addressing vulnerabilities leading to unsafe sexual practices- an approach that Spectrum is trying to reverse in its strategic meetings with stakeholders and policy makers.