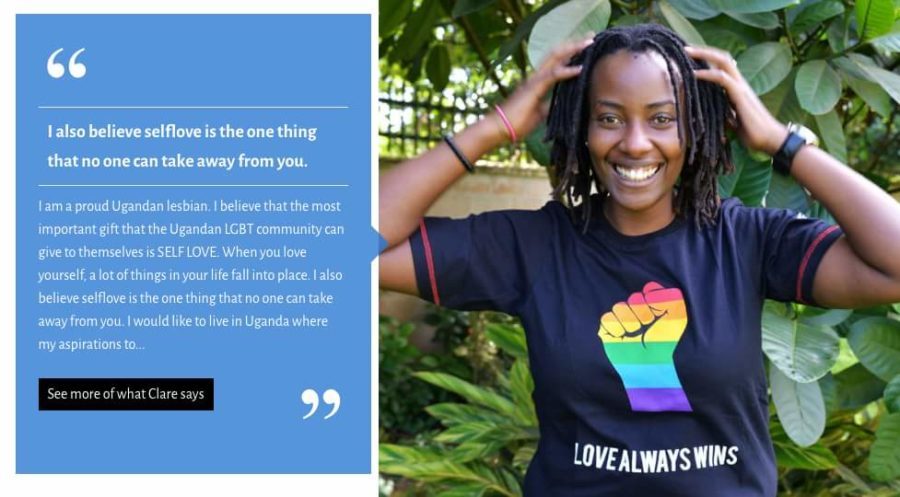 The Ugandan LGBT community has actively organised and been visible since 2007. This is an incredible feat, ​considering the social, economic and political strife that the community has been subjected to since the introduction of the draconian anti-homosexuality bill. Despite the human rights issues as well as national and international condemnation expressed about the bill, it was unanimously passed by parliament in 2013 and assented to ​by the president in 2014. The law was repealed that​ same year in a historic ruling.

This repeal of the law, which would have seen adults in same sex relationships liable to life imprisonment- is an important victory for the LGBT community. Despite the consequences of the law, resilience among the LGBT community to live and thrive in Uganda remains steadfast. Over 30 organisations have been set up to provide health and social services to the community.

Attempts to organise public events in safe spaces for the LGBT community and allies has however been met with intimidation and resistance. In some cases, violent encounters with law enforcement, has resulted in near death experiences:

(…A young man who was attending a private pride event in August 2016 jumped from the last floor of a six-storied building, almost to his death. Reason? He was so afraid of the police raid and being outed...)

Despite the shrinking spaces for the LGBT community and the prevalent environment of intolerance, the Ugandan LGBT community has embraced visibility. The Ugandan constitution guarantees freedoms and rights for every Ugandan, and at Chapter Four Uganda, ​we work to ensure that enforcement of these rights is not only for the heterosexual majority. We love and take pride in who we are, despite society saying otherwise. To demonstrate this, Ugandan activists have since 2012 successfully ​organised four ​annual pride events. While Intimidation and violence by Ugandan law enforcers under the directives of the Ethics Minister Simon Lokodo led to the cancellation of 3 of them.

'Pride', is an affirming set of events synonymous with the rise of LGBT rights worldwide. Pride is largely attributed to the ‘Stonewall Riots’ of 1969 in New York and the “Operation Soap” Bathhouse Raids in Toronto in the early 1980s. Both of these events saw the LGBT community fight back against police discrimination and served as catalysts for the LGBT movement across western countries. The two riots are credited with leading the movement towards the establishment of monumental changes, like the decriminalization of homosexuality in most western countries and the American Psychiatric Association's altering the position that homosexuality is not a mental disorder as well as igniting countless Pride parades in the years to come, and giving a voice and a platform to members of the LGBT community worldwide.

As part of our work at Chapter Four Uganda of promoting the human rights of vulnerable populations under the Equality and Non-discrimination program; Last year we launched an online campaign #KnowYourRights to promote the awareness of human rights among the LGBT community and to make these views available to the public.

In this second series, we sought out to find out what ‘Pride and love’ means to LGBT individuals. We conducted interviews with a select number of LGBT individuals, asking a simple question; What does the concept of love and pride mean to you.

We Compiled these views in the form of a photo documentary below to showcase the views of these LGBT individuals, from their own perspectives. (Each of the individuals gave us informed consent to use their pictures and quotes)

Kuchu Times Media Group would like to solely credit Chapter Four Uganda for the use of this article in relation to the 'LOVE AND PRIDE' project.