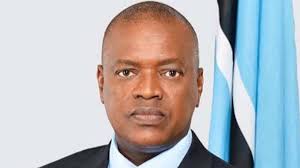 President Mokgweetsi Masisi of Botswana called for the protection of LGBT persons and condemned acts of violence against them. According to Mamba Online (10th December 2018), Masisi who assumed the office of President in April this year spoke out against the abuse that gender and sexual minorities suffer in silence due to fear of discrimination. In a speech during the launch of "16 Days of Activism" campaign held in Gaborone late last month, Masisi said, “There are also many people of same sex relationships in this country, who have been violated and have also suffered in silence for fear of being discriminated.” The new head of state emphasized that LGBT persons deserve to have their rights protected like any other citizen in Botswana. His remarks followed a video that made rounds on social media displaying a transgender woman being physically and verbally attacked by a mob in Gaborone.

The Organization for Lesbians, Gays and Bisexuals of Botswana (Legabibo) applauded the president for publicly addressing issues on violence and the need to protect LGBT persons. “We are incredibly grateful to hear our sitting President speak openly and publicly on the need to protect those in same-sex relationships who have been violated. We are pleased that you named aloud the violence that members of our community suffer in their daily lives," said Legabibo. The LGBT activists beckoned Masisi to take action in the decriminalization of the punitive anti-gay laws. In addition to instigation of violence against the LGBT citizens, they continue to deter accessibility of public services for gender and sexual minorities as they are denied by the civil servants.

This news breaks after the Botswana High Court set a date when it will finally hear the repeal of the anti-gay laws. Mamba Online reported last week that after postponement in May 2018, the case on legalization of homosexuality will be presented in court on 15th March 2019. It is commendable that the LGBT community has gained acceptance in the courts of law over the years. In 2016, the court of appeal ordered the government to register Legabibo as an organization. Later on, Transgender persons were granted the constitutional right to change their gender identity if they wished in 2017.

Same sex relations have been illegal in Botswana since 1885. In Section 164 of the penal code, carnal knowledge against the order of nature is a crime punishable by 7 years' imprisonment. Section 167 prohibits indecent practices between persons whether in public or private, punishable by 2 years' imprisonment. Therefore, the step decriminalization of the homosexuality is significant in the promotion and protection of LGBT persons since it will eliminate any form of discrimination towards the queer community in Botswana.