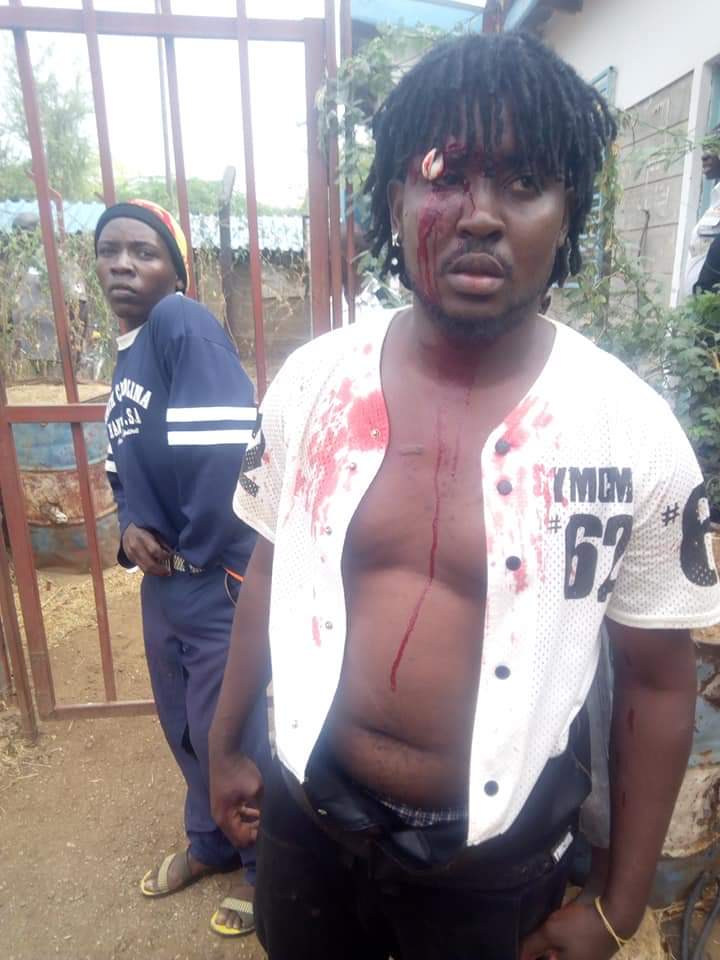 KAKUMA, KENYA – Tuesday, 11 December, 2018: Lesbian, gay, bisexual, transgender, queer, and intersex (LGBTQI) refugees in the Kakuma Refugee Camp in Kenya staged a public march to protest the long-standing abuse, discrimination, violence, and lack of proper services and protections afforded to LGBTQI refugees in the camps. The march has been organized by Refugee Flag Kakuma and is supported by The Refugee Coalition of East Africa.

A violent altercation occurred during the march and several refugees were attacked. It is unclear at this point whether the attacks were from police or civilians (or both), or what provoked the violence. One refugee (who would prefer to remain anonymous due to detainment) stated that local police were first to take aggressive action against the marchers and members of the community then joined the attacks.

LGBTQI refugees were marching in demonstration to the UNHCR sub offices in Kakuma. The march began in Kakuma Refugee Camp 3 and proceeded through Kakuma Camp 1. Authorities had been notified of the march, but the refugees did not stage a full protest citing bureaucratic and permit issues. The group still attempted to march, peacefully and in solidarity, to the UNHCR Kakuma offices to submit their petition and list of demands. A violent altercation occurred at some point during the procession.

LGBTQI refugees need help and response from the UNHCR with many issues, and outlined the following as those that need to be immediately addressed by the local UN refugee office:

The march addresses ongoing concerns that have been brought to the attention of the UNHCR repeatedly in the past. The march on the 11th was to remind the UNHCR of these concerns and to request immediate action.

It is the hope of the LGBTQI community in Kakuma that the organization, and the world at large, will take notice of their plight, that the UNHCR will provide and/or increase much needed protection and services, and that foreign governments will recognize the urgent and dangerous conditions and provide emergency (and swift) asylum to members of this population.

**LINK- PHOTOS OF THE MARCH: https://drive.google.com/drive/folders/1LlAMz5XO8cwFmYbbJW5U854yvcAuJZih?usp=sharing

Refugee Flag Kakuma is an LGBTQI organisation based in Kakuma, Kenya, aiming at solidarity and Human Rights. We are the anchor of hope to our fellow LGBTQI refugees and asylum seekers in Kakuma Refugee Camp, Kenya. Initiatives include Economic Empowerment, Nutritional Support, and HIV Health Support. www.facebook.com/RefugeeFlagKakuma