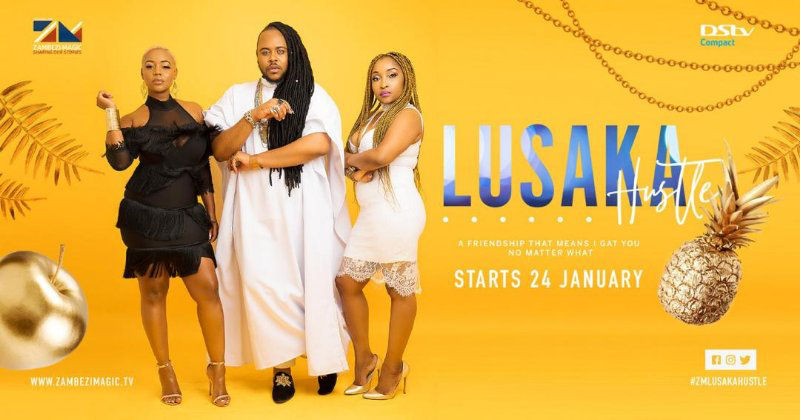 The suspension, which was to take immediate effect came after a public outcry, that the Lusaka- Hustle promotes a lifestyle, contrary to Zambian values and culture. Promotional images for the show depict Kuni wearing a white flowing garment with a recent episode showing Kuni in what has been described as a dress- something that many have said is a clear portrayal of a man depicting gay tendencies.

However, Zambezi Magic now says it is working with MultiChoice Zambia to resolve the Lusaka Hustle matter- they say they will also have key stakeholders review upcoming episodes to avoid any further conflict.

Through their facebook page, Zambezi Magic said that Lusaka Hustle was a locally-produced reality show which follows the lives of three Zambian celebrities who regularly appear on television. The show has been prejudged on social media without an informed assessment of the content or a clear indication of which aspects of the show are unlawful.

“Zambezi Magic is respectful of Zambian values and culture. We are working with MultiChoice Zambia to resolve this matter in a constructive way and will join key stakeholders for a viewing session of upcoming episodes,” the statement further stated.