Fallen Ugandan LGBTQ activist David Kato was on 31st January 2019,  given the first ever Paul Cottingham Trust Award for his work and effort towards bettering the lives of LGBTQ Ugandans. The award which was received by Sexual Minorities Uganda’s Executive Director Dr. Frank Mugisha was handed over by Micheal Cashman at the Kaleidoscope Trust dinner.

“Such a proud night continuing Paul’s legacy recognizing equality warriors who have dug the road upon which we travel and on which others dream of arriving at,” Cashman, Late Paul Cottingham’s husband and partner of over 20 years said of the handover of the Trust’s inaugural award on his Twitter account.

Also on their Twitter account, the Paul Cottingham Trust shared their thrill in honoring David Kato. “An amazing night @Kaleidoscope­_T dinner on Thursday evening. Proud to have presented out first award posthumously to #davidkato. The award was accepted by Frank Mugisha of Sexual Minorities Uganda …..” 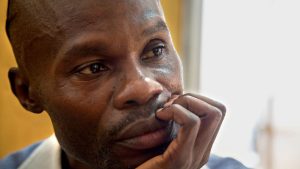 David Kato Kisule was an LGBT rights activist and is considered by many to be the father of Uganda's gay rights movement. He served as advocacy officer for Sexual Minorities Uganda (SMUG).

Kato was murdered on 26th January 2011 after his name and face were published in the Rolling Stone tabloid, together with 99 other supposed gay Ugandans.

One person. Sidney Nsubuga Enoch was arrested for the murder of David Kato, and prosecuted at Mukono High Court by the lead State Prosecutor, Loe Karungi. He was sentenced to 30 years with hard labour, by Justice Joseph Mulangira, on Thursday 10 November 2011

Paul Cottingham (1964–2014) was an acclaimed actor, singer, fundraiser and charity supporter. Paul believed in equality, fairness, justice and diversity. He dedicated his life to these noble values, in the United Kingdom and around the world.

The Paul Cottingham Trust was set up in 2015 by Paul’s husband, Michael Cashman, together with four trustees.