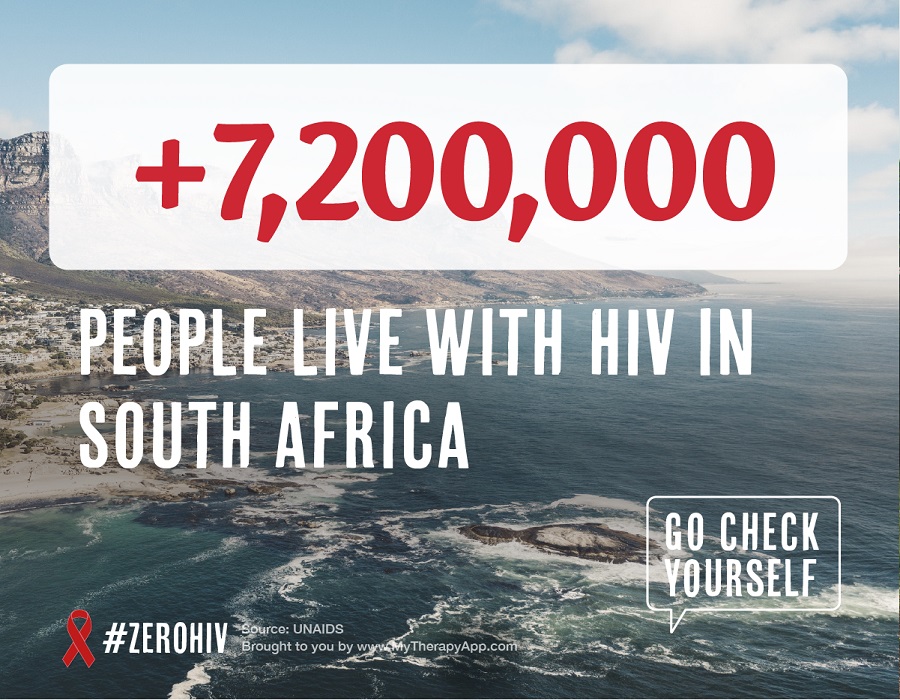 HIV/AIDS is no longer a death threat to humans due to continuous incredible research and potent medications, however, its prevalence continues to be a global burden particularly in Africa.

In 2017, there were approximately 36.9 million people worldwide living with HIV/AIDS. Around 25% of these people did not know that they had the virus.

Sub-Saharan Africa is the region hit hardest with More than two-thirds of its people in living with HIV i.e., about 25 million individuals living with HIV -  1 in every 36 people. The number of AIDS-related deaths in Africa contributed to a substantial share of the world’s total: 70% of global deaths in 2012.

Most of HIV new infections worldwide are children who live in sub-Saharan Africa and were infected by their HIV-positive mothers during pregnancy, childbirth or breastfeeding.

According to AVERT, Globally, young women are especially at risk, with around 7,000 new infections each week among young people aged 15-24 occurring among this group. In sub-Saharan Africa, 3 in 4 new infections are among girls aged 15–19 years and young women aged 15–24 years are twice as likely to be living with HIV than men.

In some areas, women who experience violence are one and a half times more likely to become infected with HIV.

HIV can affect anyone irrespective of their sexual orientation, race, ethnicity, gender or age. However, certain groups of people are at higher risk for HIV and deserves special consideration because of their high risk factors.

48% of global HIV new infections were seen in sexual minorities – sex workers, people who inject drugs, homosexuals (gays and lesbians), prisoners, bisexuals, transgenders and 16% of these were in sub-Saharan Africa. These minority populations stand a higher risk of being infected, with gay men having the highest risk. In 2017, 21% of new infections in sub-Saharan Africa were in sexual minority populations.

Tuberculosis remains the common cause of death among people living with HIV, accounting for around 1 in 3 AIDS-related deaths. In 2016, 10.4 million people developed TB; 1.2 million of these were living with HIV.

Although HIV/AIDS remains the leading cause of death for adults, a significant number of people are receiving life-saving treatments. In sub-Saharan Africa for instance, almost 90% of people who tested positive for HIV had access to antiretroviral therapy (ART), which is very impressive.

21.7 million people living with HIV were receiving antiretroviral treatment (ART) In 2017 – an increase of 2.3 million since 2016 and 8 million in 2010. However, this level of treatment scale-up is still not enough for the world to meet its global target of 30 million people on treatment by 2020.

Research also shows that, 76% of people on ART have achieved viral suppression and that for every 10% increase in treatment coverage there is a 1% decline in the percentage of new infections among people living with HIV.

For us to see more of these results, it is paramount that people living with HIV adhere to their treatment plans. It is very important for people to understand that ARVs are only effective when taken correctly. otherwise, patients build up drug resistance the drugs become ineffective.

Achieving the 90% viral suppression goal for all people receiving antiretroviral therapy will only be possible if people living with HIV adhere to their ARV medications.

Adhering to ARV treatment can be a struggle sometimes since they are taken orally in the form of a combination of tablets every day.

But, it's so far the best solution to reduce the risk of HIV transmission and managing the virus effectively to achieve viral suppression, where HIV-positive people are unlikely to transmit the virus as their viral load becomes undetectable and also to help them live long healthy, productive, normal lives.

A probable solution could be the use of a medication reminder application for smartphones. In recent years, there has been a thrive in the use of smartphones in Africa, and with increasing access to the internet, it is becoming easier for the population to access all the features that come with a smartphone.

MyTherapy is a medication and health tracker app that can be used by people living with HIV. The app, which is downloadable for free on both iOS and Android, is a useful and practical tool that encourages and helps its users to take their medication responsibly.

The main purpose of the app is to promote adherence by consistently reminding users to take their medication until they have done so, nevertheless, it also comes with a variety of useful features, such as a measurement and symptom tracker, where users can monitor how they are feeling and responding to their treatment. Additionally, the app also has a lab-values feature which can help HIV-positive patients track their viral load and CD4 count which they can later download in the health Report feature and discuss with their doctors.

HIV/AIDS has claimed so many lives in the past decades and now, there have been quite some remarkable breakthroughs - the rate of infections and deaths have fallen drastically, which implies that ARV medications working well; people are preventing HIV through pre or post-prophylaxis.

Also with the impressive progress that has been made in the prevention of mother-to-child transmission of HIV. In 2017, 80% of all pregnant women living with HIV had access to treatment to prevent HIV transmission to their babies – this is an increase from 47% in 2010.

Despite the progress witnessed over the years, progress in combating viral transmission is still not happening fast enough to meet global targets. There’s the need to implement strategies to improve knowledge of HIV, provide more testing among young adults, counselling and prevention programs, antiretroviral treatments, remove barriers of stigma and HIV prevention, amongst others.

Hence, the take home message is that, as long as ARV medications are taken properly and responsibly, with the help continuous research, then the world at large and Africa will continue to see a reduction in the virus’ incidence, prevalence and death rates - certainly there’s hope for an HIV-free future!