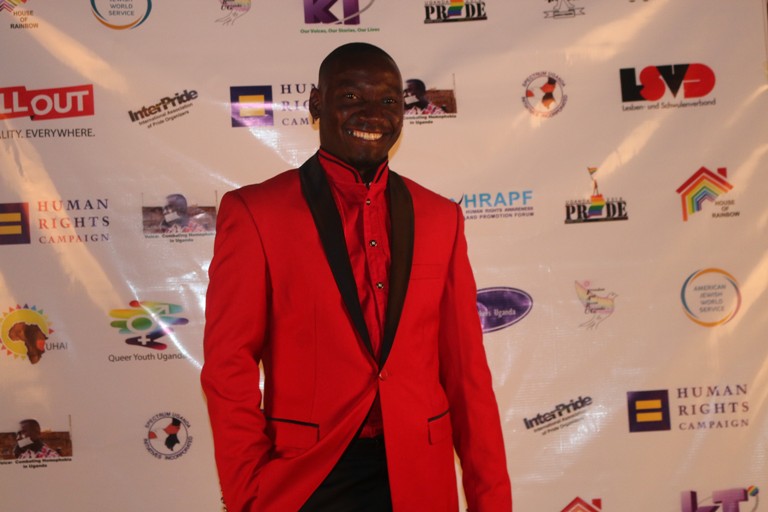 As the world celebrates International Bi-visibility day, we continue with our two-part series on breaking down bisexuality by speaking to individuals that live in their truth and fully embrace their bisexuality. Our reporter had a chat with Dennis Wamala, a celebrated LGBTI rights activist currently based in Canada.

KT: Who is Dennis Wamala?

DW: My name is Dennis Wamala, a human rights activist who formerly served as director of Programs at IceBreakers Uganda, vice chair of the board at Sexual Minorities Uganda and I also serve on various human rights committees. I am currently living and working in Canada.

I am the second of six siblings from a staunch Christian family and I have 3 children of my own.

KT: How did you come out to your friends and family?

DW: I don't really remember coming out but I know that my work as an activist outed me before I even considered whether or not I wanted to be out. Being in the media most of the time does that to you whether you plan it or not.

KT:  How and when did you first realise you are bisexual?

DW: Growing up, I really didn’t understand what being bisexual meant. For me, it was always the spark of the moment, not something I really gave much thought to. It was until people began seeking serious relationships with me that I knew I had to decide what exactly was going on, who I wanted to commit to and be with and how I was going to understand my life moving forward.

KT: As a youngster, was it a conflicting time and how did you navigate this?

DW: It was never a problem for me. It was more of a problem for the people who wanted to be in my life but weren't sure what that life actually was. For me, I was comfortable moving with the flow and not labeling myself.

But they made me feel selfish and I feel like I had to pick up a label- not for myself but for other people to understand me. I still really don't care about labels. I simply care more about life and meaningful personal relationships.

KT: What was your family's reaction when you were outed?

DW: When I was outed, my family simply cut me out. First they tried to talk to me and pray for me for days on end, but I was not going to let them dictate how I live my life. They cut me off at that point-100% no communication for 5 years. But I continued living my life and being true to me and they soon realised that I wasn't letting their stance hold me back. Fast forward, we now have a 'don't ask don't tell’ relationship.

KT: Most people associate bisexuality with personal confusion, what would you say to these people?

DW: Many people and even within the LGBT community are very unwelcoming to bisexual people; this has kept bisexual people from coming out and living their lives freely. It is frustrating for many to know that we are fighting for people who will not fight for us, actually people who actively violate our existence.

It is thus tiring to always have to explain yourself to everyone, every time. The heterosexual community refers to you as gay while the LGBT community refers to you as 'straight'. It is a deep seated prejudice that has helped me understand homophobia. We can't demonize people as homophobic, yet we ourselves treat bisexuals with similar sentiments.

Like I said earlier, I have never felt confused, but people in my life always wanted to 'box' me for their own understanding. When I am not feeling disgusted about having to explain myself to people, I take time to tell them that I deal with people as they come, regardless of gender. It is about the individual, not their gender.

KT: Does your partner know about your attraction towards the other sex? If yes, how do you both deal with this?

DW: My partner is aware of the fact that I am bisexual and we have discussed it at length. The most common misconception about bisexual people is that they are going to cheat on you. Nothing is further from the truth.

KT: Have you at any point found yourself in a situation where you are attracted to different people of opposite sexes at the same time?

DW: Yes, I have, and did I follow up on my feelings? Yes, I did but that doesn’t define me. If it happens while I am not in a committed relationship, it is okay

But yes, it does happen and it is up to you to decide what you want to do and how you want to manage your relationships.

KT: What would you want people to know about bisexuality?

DW: It isn't about cheating. It isn't about sex. It is simply the ability to be attracted to both sexes. Commitment is a personal decision, and it is beside the point of attraction.