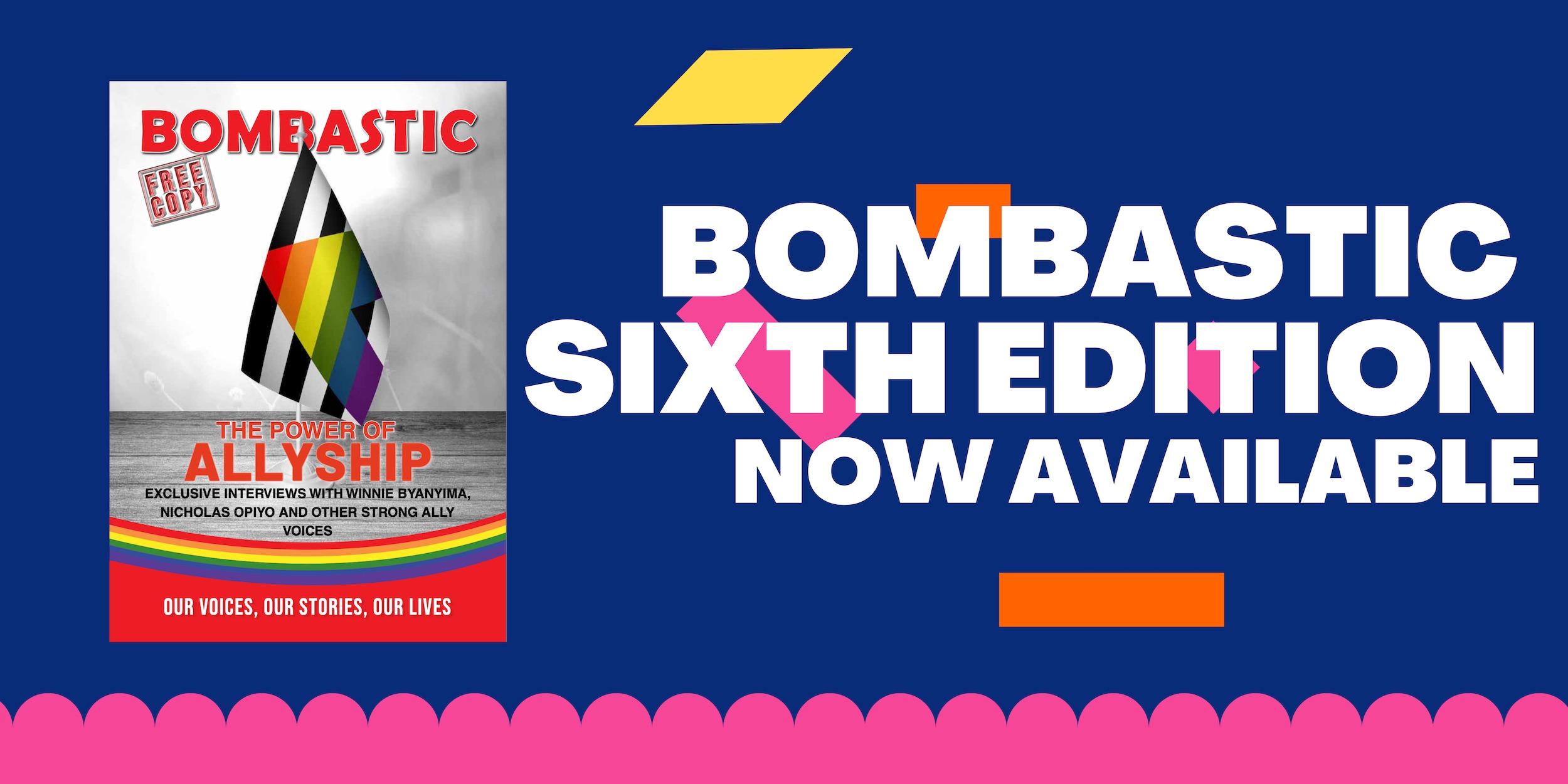 Kuchu Times Media Group launched the 6th edition of the Bombastic Magazine. This edition under the theme, “The Power Of Ally Ship” is aimed at portraying the experiences our allies go through in their work as advocates for the human rights of LGBTIQ people in Uganda. In this edition, we feature powerful voices like Dr Winnie Byanyima, Mr Nicholas Opio, Dr Sylvia Tamale among other powerful voices.

When the movement began about 20 years ago, the organizers did not know where to go for help. Winning over the feminist movement was also not a very easy journey as some women within the space did not really understand what the LGBTIQ community is all about. Although some embrace us now, we continue to urge all feminists to be more accommodative.

“Being new to the NGO craze, I really didn’t understand how they operated- something I am still trying to learn to this day. My peers and I had, by way of joining activism, become a part of this world and we quickly had to figure out how to move our minority fight forward. We needed to find allies that were willing to stand up and fight for us! That was the only way our fight for equality was going to go mainstream in the human rights space. Today, I am very proud to say that our efforts were not in vain; the ally community has grown tremendously. And with these warriors by our side, we are moving in a promising direction with wider and firmer strides.” Says Kasha Jaqueline Nabagesera, Executive Director Kuchu Times Media Group.

Ally ship in all its forms expires without effort. You must live it. Time and again. It is not an IDENTITY, it is ACTION.
SO today we celebrate
Those who continue to confront homophobia, transphobia and biphobia by speaking out for the LGBTIQ community, the ones that lift our voices in rooms we can’t access yet and those who choose to listen, learn and support our struggles.

Call to action:
• More attention needs to be drawn to LGBTIQ people faced with or fleeing prosecution from their home countries.
• More financial support should be diverted to LGBTQ advocacy efforts within the region.
• Intensified international support towards the decriminalization or repeal of dangerous homophobic laws in Uganda and Africa such as the Sexual Offences Bill #SOBUg and #KillTheGays bill in Ghana.

Get your free copy of the Bombastic Magazine here.