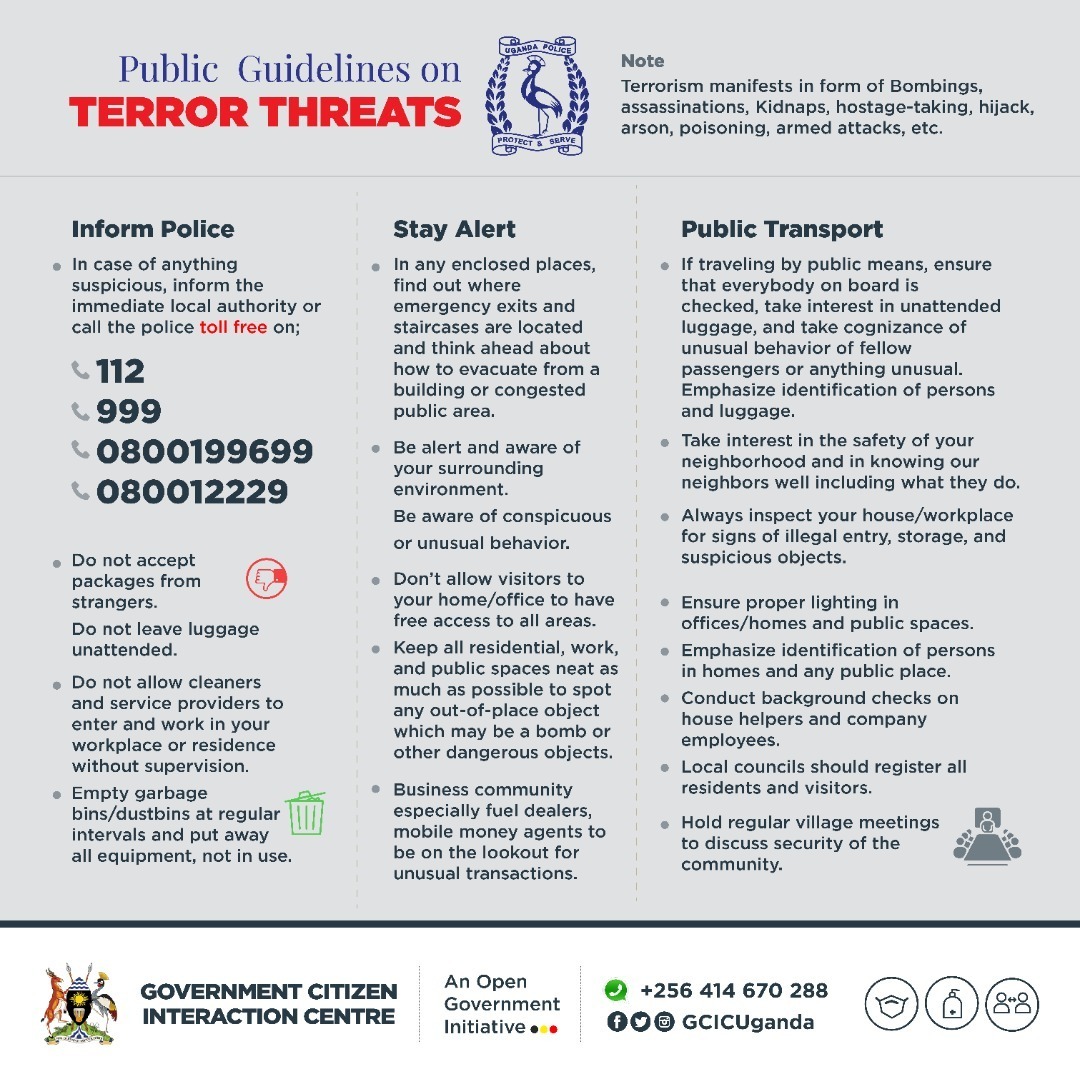 A dark cloud looms over Uganda after 3 suicide bombers detonated themselves near parliament and Central Police Station killing at least 3 people leaving about 33 others critically injured in Kampala today.

According to the Uganda Police Force report, 1 suicide bomber detonated an explosive outside Central Police Station while 2 other suicide bombers blew themselves up near parliament.

We urge the Lesbian, Gay, Bisexual, Transgender, Intersex, Bisexual and Queer-LGBTIQ community to remain calm and be vigilant for our safety during this period.

Be aware of your surroundings.

Report any goods/bags you find suspicious.

Carry your Identity Card while on the go.

Most importantly be empathetic because between encountering terror attacks and COVID-19 everyone needs a shoulder.

Below is the Uganda Police Force Statement: 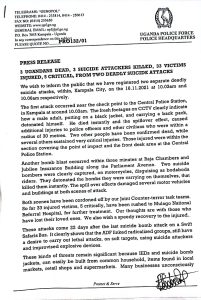 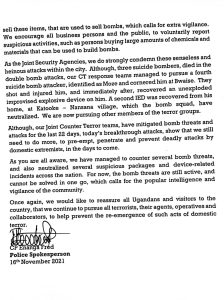