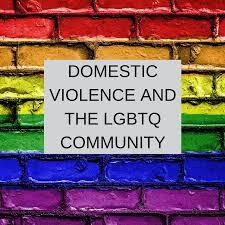 When we talk about Gender Based Violence (GBV) , most people think about only the physical violence, the beatings, the cuttings and burning.

Today I would like to inform whoever reads this article that majority of lesbian, bisexual and queer women are facing mental/psychological violence which in my opinion is even more damaging than physical violence.

Psychological violence is the kind of violence that affects someone’s mental ability and causes them stress, anxiety and depression.

Psychological violence commonly surfaces verbally for instance by insulting and making nagging comments and remarks towards someone constantly and also in actions such as silent treatment, denial of services, denial of money, denial of sex, among others.

Oftentimes people ignore actions committed under psychological violence because they think as long as someone doesn’t lay their hands on you or harm you physically, it is okay. Little do they know that the more someone takes in these negative comments and treatment, their brain keeps on getting damaged and most times, by the time someone comes out to react, they either turn out with very violent acts such as murder, suicide, and destruction of property or they suddenly lose their mental stability and start acting like a mad person because they have taken in so much that the brain can no longer accommodate.

So as we orange the word during these 16days of activism, I encourage everyone to join us in the fight to end Gender Based Violence (GBV) against all.

Help a Lesbian, Bisexual or Queer woman who you know is undergoing GBV by reporting these cases to the authorities or a trusted leader. Educate a person committing GBV about the dangers and effects of GBV. Be the genesis of the change we are all fighting for because if we fight together, we shall win together.