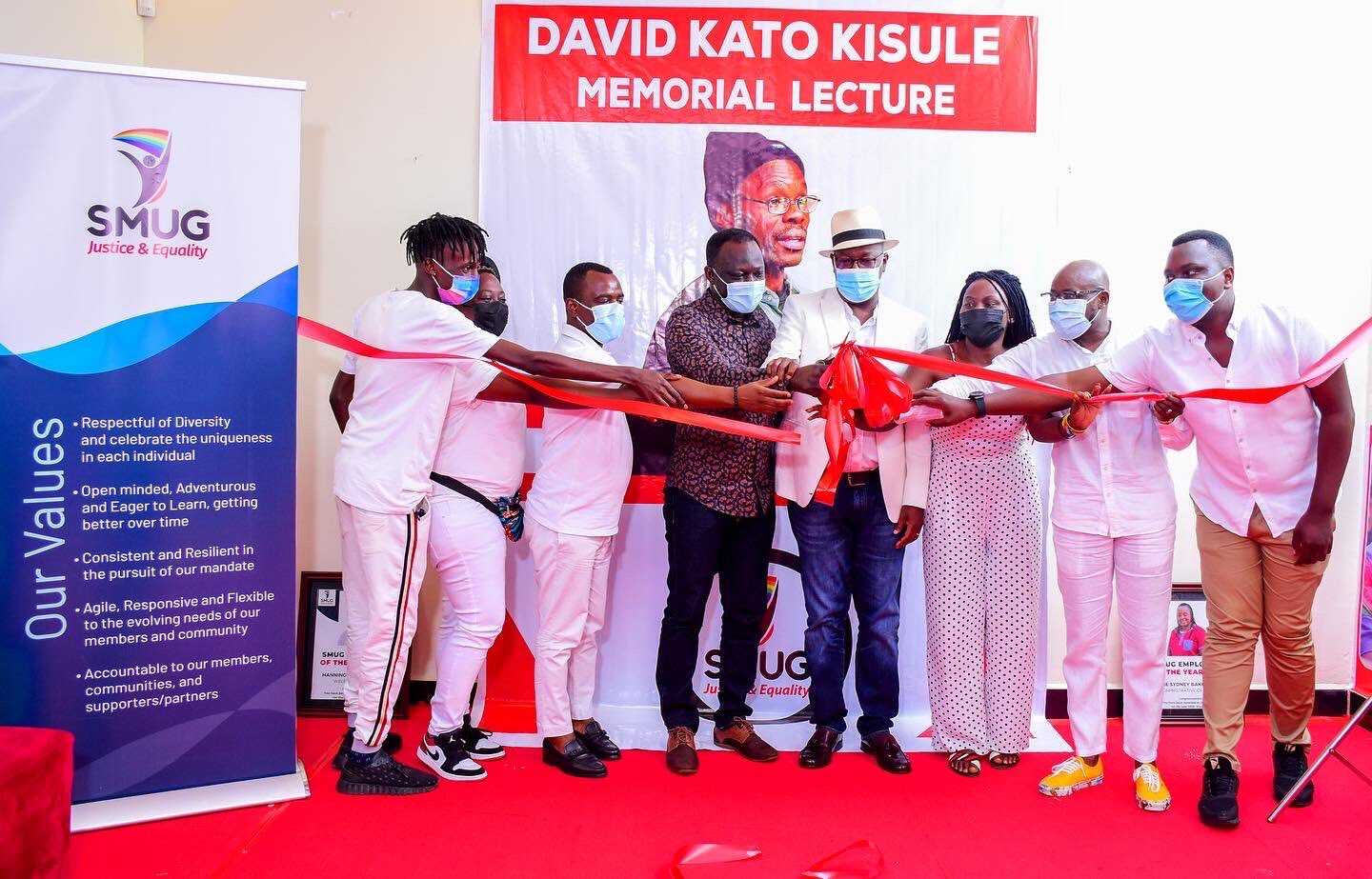 In observance of Kuchu Memorial Day Sexual Minorities Uganda (SMUG) launched the David Kato Kisule Memorial Lecture. While speaking at the event the Executive Director at SMUG Dr Frank Mugisha said, “I was in the US when David Kato Kisule was murdered, it is unfortunate that I was away and I couldn’t come back not because I didn’t want to but because I couldn’t. Before he passed it had been two days after we spoke.”

In his comments Geoffrey Feni Ogwaro the Head of Research at SMUG said I was travelling from my hometown of Arua when I got text messages about the death of David Kato Kisule and that we were next. We were afraid to go home so we gathered in one house. It was the first time we heard about one of us being killed like that.

While those who closely knew David personally and had worked with him closely were traumatized by the events that followed David’s murder, the younger LGBTQ Ugandans at the event said his murder brought them hope that there is a world full of queer people like them and would even risk their lives fighting for their basic human rights.

“The first time I heard of David was during his burial that was being shown on TV. I felt a big burden had been lifted from my shoulders because something within me clicked and I immediately felt connected.” Jean a Ugandan lesbian.

“I remember I was in Senior 5 while watching TV with my parents when David’s story was shown. Although the event was sad, many of us were liberated we had found others who are like us.” said Isaac Mugisha a Ugandan gay man.

Hassan Shire the Director Defend Defenders who worked closely with David Kato Kisule said, “We should celebrate and not mourn David. Kuchu Memorial Day is a great initiative because very many people die and they don’t have anyone to remember them.”

On the same day, SMUG launched a report called “Expanded Criminalization of Homosexuality in Uganda:A flawed Narrative. Empirical evidence and strategic alternatives from an African perspective.” This report is in response to the passing of the anti-homosexual Bill in the Ugandan Parliament. With this report they hope to challenge the narrative that homosexuality is un-African.