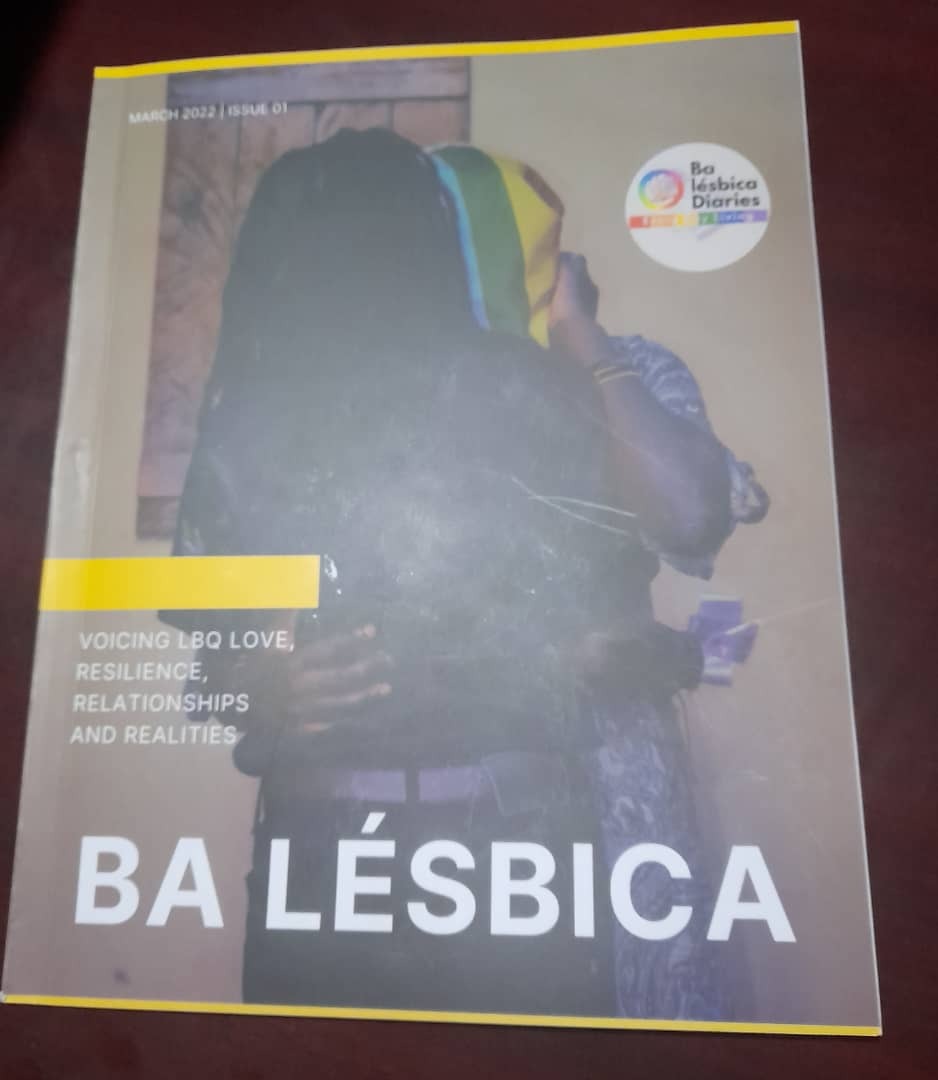 The event started with opening remarks from the Executive Director FARUG Joanita Ssenfuka Warry who welcomed us and thanked us for attending the event despite being invited on short notice.

We had a creative performances by Mr. Jero a transgender man and Dark Ages a queer Ugandan.

This was followed by a panel of 6 moderated by Gloria Mutyaba Programs Director FARUG. The panel discussed how they came up with the content in the magazine with the aim of telling their stories and helping create visibility for LBQ women.

They hope the stories help with evidence of data, connect emotionally with readers, make the information memorable and also guide others who would like to come out of the closet.

Dr Frank Mugisha the Executive Director Sexual Minorities Uganda urged participants to keep up the visibility of LGBTQ Ugandans by claiming spaces where most LGBTQ people are afraid to go.

The guest of honor Kasha Jaqueline Nabagesera who is also the Executive Director at Kuchu Times Media Group congratulated FARUG upon this big milestone. She said; “Story telling will let those that come after us know that we existed, they will learn from our mistakes to avoid making them, more so our stories will change people’s lives.”