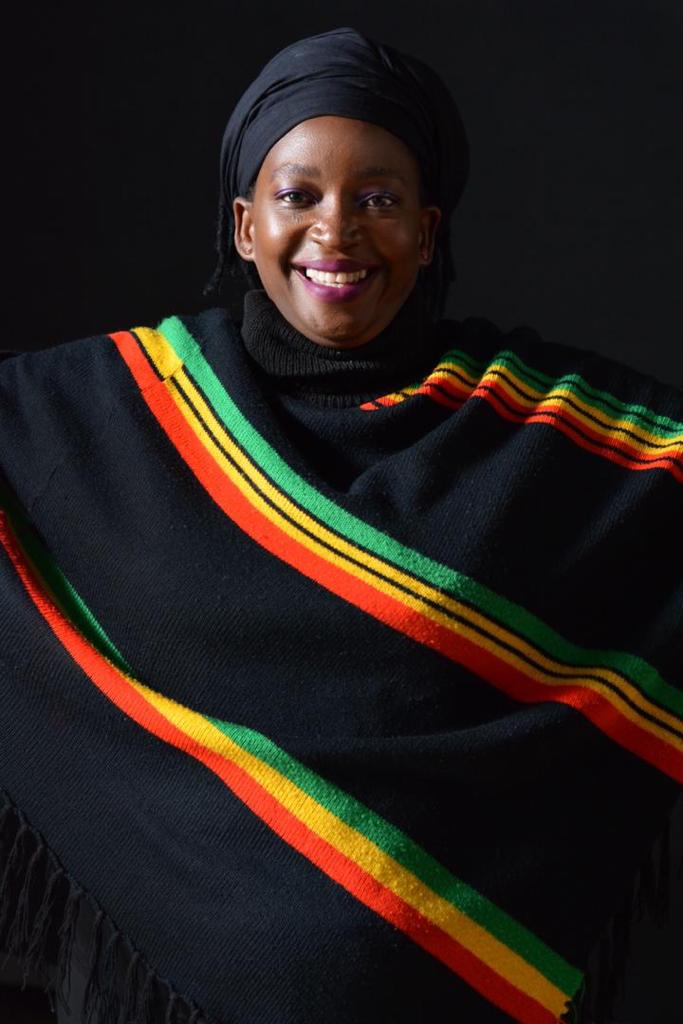 For the close of our #WOMANCRUSHWEDNESDAY feature, we interviewed a woman who has been given so much hell by the public for standing with LGBT+ persons in Uganda. Her unwavering support has been used as an excuse to pick on her and her family but none of these attacks have ever made her falter and seem to only further fuel her fire to speak about these injustices. Dr. Stella Nyanzi needs no introduction as an unashamed ally of the LGBT+ community in Uganda as she was the first heterosexual cis woman to be Grand Marshal for Pride Uganda. She took time off to speak with the team on her journey of allyship.

The first thing we talk about is the impact all the attention that comes with being a vocal LGBTI+ ally has had on her as a mother, sibling and daughter. Expectations from individuals spreading hate and involving her family are that Dr. Nyanzi is ex-communicated from her family or that her children will be ashamed of her, this could not be any further from the truth. The idea that allies come alone should be contested!

“One of the most important things for me has been to teach my children so that they do not reproduce the absurdities of my parents. My parents were amazing people; conservative Christians, my mother was the daughter of a reverend and my father built a chapel but because of religion they did not know how to deal with LGBTIQ persons. My mother was first forced to engage with the issue when I hid two transwomen in her home in Kizungu Masaka and she realized after two days of living with Keem Love and Mother Nature that they are just children. Her exact words were, “Baana bwaana!” My mother being a Mother’s Union member started defending the work I do. I do not hide my LGBTI+ friends from my children, matter of fact I am intentional about these friends hanging out with my children so they can see exactly how far from the truth society is in the way it reports about LGBTIQ+ persons. I attend Pride Events with my children and watch gay movies that are not graphic with them, the aim of this is to normalize to my children people who love different than them or express gender differently. From these experiences I am a proud mother of understanding human beings who even go as far as correcting people who misgender their transgender ‘uncles’ and ‘aunts’.” Dr. Nyanzi narrated on being an ally that is a mother, sibling and daughter.

She confesses that it most definitely has not been easy for her family to accept and defend her work. She recalls the period after the death of David Kato when there was an alleged outbreak of the gay pandemic and her mother was listening to these conversations and having them with her friends only to suddenly have a daughter hiding these people in her house. This was a short education course on the realities of LGBTI+ for her and the rest of the family. When it came to her father, she won him over through the work he was so passionate about. As a medical doctor she asked him if he would not treat people because they are gay and he reminded her that he vowed to save lives of all human beings. Living parallel to the values they were raised on, her siblings have grown to just trust that she is their sister and if she is behind something they might not understand it but they trust the judgment of the person they have known all their lives.

This year Uganda marks 10 years of celebrating Pride. Dr. Nyanzi was the first heterosexual cis woman to be a Pride grand marshal. She speaks of what an honor it was for her to be given this responsibility but goes ahead to appreciate that it came at a time when not many LGBTIQ+ persons understood the role played by allies in the movement and it came with some resistance. She admits that she did face some sidelining but this moment made any discrimination she ever faced nothingness. Being made grand marshal was a big embrace and affirmation; the LGBTIQ+ community telling her we see you, we hear you and you are one of us. Pride had always been something she looked forward to and recalls leaving her parents burials two prides before that the first pride she attended being her mother’s burial and the next her father’s. Another thing that stood out for her the year she was grand marshal was that Pride moved away from having one grand marshal that year they were three; Stella representing the allies, Queen representing transgender persons and someone from the diaspora. It was an answer to so many questions that were being asked at that time and having those faces showed the level of maturity of the movement and signaled acceptance in the movement.

When asked about the Anti Homosexuality Act and her involvement in the fight against the bill specifically why she decided to fight alongside the LGBTI+ Ugandans, Stella had this to say, “I do not know what the alternative would have been. I had just finished my PHD and was working on research on how the law was affecting LGBTIQ+ Ugandans. There were murders like the death of David Kato, families were split, suicides, torture-and these were people that I knew. My journey of transition from just being a scholar researching on LGBTIQ+ realities in Uganda to being an activist started with that bill. There were no options but to stand with the community. I took my heterosexual face to these spaces to show that there were Ugandans who stand with this community. “

Some of the effects from this activism that started with the bill that Dr.Nyanzi continues to face is being mislabeled as a lesbian and using this mislabeling to discriminate against her. When she was being suspended from Makerere University she was accused of teaching Ugandan youth homosexuality as if one can be taught to be a homosexual anyway. Her research grant funds were frozen and she has never received some of that money until today. When her political opponents want to silence her or bias the public against her they call her a lesbian.

However, she is quick to ruin the pity party as she shares the beautiful things that have come out of working with the LGBTIQ+ community of Uganda like learning how to fight against organized enemies, powerful funded organized state enemies. The lessons she learnt from the queer community have made her a better activist working with minority groups and that entails her feminist work and her government opposition work. The ability to get so passionately behind a cause without care to who else joins her is partly inspired by people like Kasha, Pepe, David Kato (RIP) , Victor Mukasa, Denis Wamala and Val Kalende; the small community of almost beaten people standing up and daring to stare their powerful enemies in the face and WINNING! Part of her power comes from this work because she stood in; not with the community but in the community of these extremely marginalized people and as a team they won.

This Women’s History (Her-story) month we featured stories from Women in the community whose contributions are to be celebrated not just this month but every day. It is impossible to fit all the contributions all the womxn have made towards this movement but we hope that everyone was represented with the womxn we chose. We also hope that your curiosity was triggered to read more about the Sheroes we had, those we currently have and those that are fiercely budding. Black queer womxn are the intersection where racism, homophobia and sexism meet and this means that for any oppression faced by a group of people, black queer womxn triple that. It is beautiful though to see such growth and organizing even when the odds are so highly stacked against us. This month and every other month always remember our ancestors are proud of us!