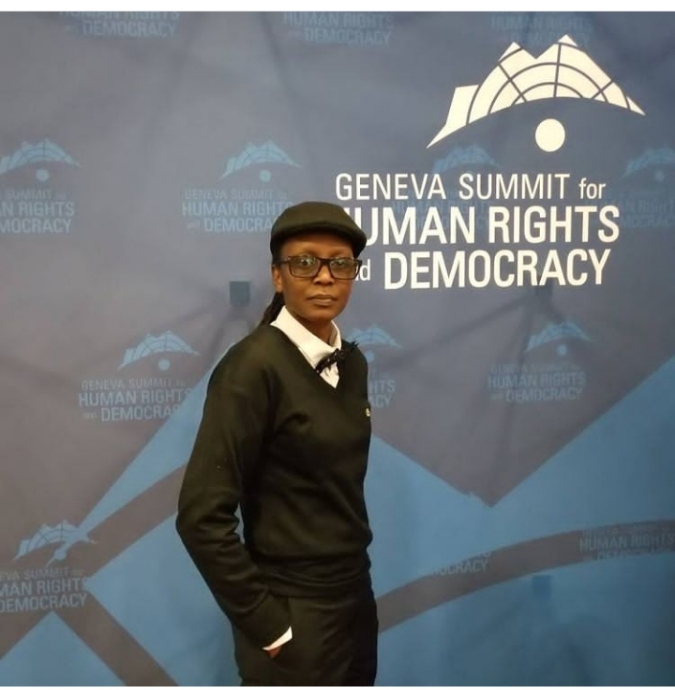 Kuchu Times Media Group is pleased to announce the 14th annual Geneva Summit for Human Rights and Democracy which will take place tomorrow, April 6, 2022. The event is attended by hundreds of diplomats, journalists and students each year, and aims to expose human rights abuses by the world’s worst regimes.

In 2011 at the height of the “Kills the gays” bill, Kuchu Times Media Group Executive Director Kasha Jacqueline Nabagesera was among the speakers of the summit. Don’t be fooled, Uagnda’a LGBT+ community is not living in any kind of utopia but these were times of murders, arrests and media fueled homophobia. That was the same year the community had it’s first homophobic killing, the late David Kato. There were a lot of human rights violation to unpack then.

This year, Robert Kyagulanyi Ssentamu a.k.a Bobi Wine Ugandan opposition leader and 2021 presidential candidate is one of the main speakers. This follows the Universal Periodic Review of Uganda where officials went above and beyond to lie to delegates from around the world about the state of Human Rights in the country. What stood out for everyone was the denial of extra-judicial killings and the claims that all Ugandans tried at court martial are done so voluntarily. Bobi Wine is calling for an end to the West’s aid of President Yoweri Museveni’s government who continues to torture the country’s dissidents and critics.

Other speakers at the summit are:Hassan Akkad, Award-winning Syrian filmmaker who was arrested and tortured for protesting the Assad regime, and had a face-to-face audience with Bashar al-Assad before escaping Syria.
Hopewell Chin’ono, Zimbabwean journalist imprisoned three times for reporting on government corruption.

The Summit will be held at the CICG in Geneva, Switzerland, though you can also follow the inspiring event online via livestream. For more information, visit genevasummit.org. 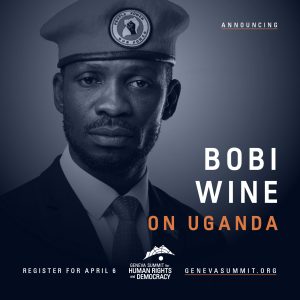