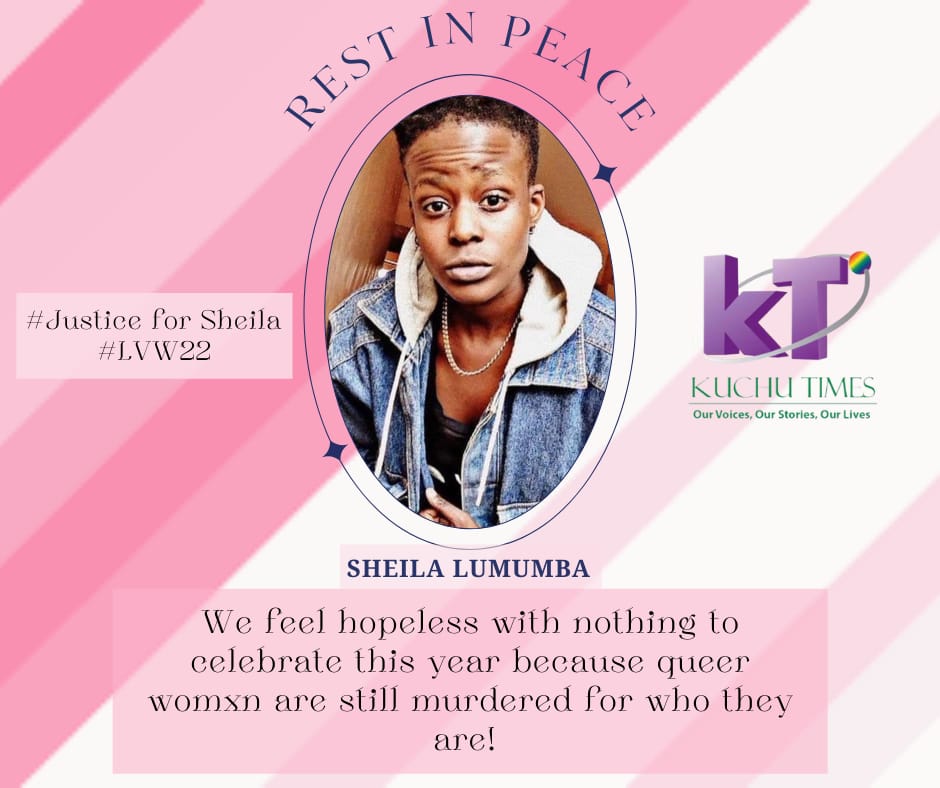 PRESS STATEMENT: LESBIAN VISIBILITY DAY
FOR IMMEDIATE RELEASE
26th April is celebrated internationally as Lesbian Visibility day. This day started in 2008 to celebrate and recognize lesbian and non binary members of the LGBTIQA+ community. Lesbians are at the meeting point of homophobia and sexism and this particular day of visibility finds a somber mood in the African queer community. Waking up to news of a queer womn gang raped and murdered in her home has left the entire community shaking. The difference between them and any other queer person is simply geography and time.

This statement is dedicated to the lives that we have lost as a community and the fear we continue to live in because the people who have sworn to protect people and their property have decided to be selective with whom they give this protection to. “When womn report cases of violence and harassment they are asked what they were wearing, whether they were intoxicated or not, why they were walking at those hours of the night; Sheila was murdered in her home, make it make sense!”cries Sandra a lesbian from Kampala. As a community we have invested in security sessions and taught our siblings how to live safely in a homophobic world but there is no training that can arm you for danger in your own home-your sanctuary of peace. The world is quick to make victims share in blame with their perpetrators making them believe there is something they could have done to call on this misfortune.

“We have come to learn that these crimes are intended to send messages to “those like you” and with this incident the message hit home. We are scared and angry. We are scared because we know the line between being any of us in that pool of blood is as thin as the patience we have for African judicial systems when it come to LGBT persons. We are angry because we are tired of being treated like we are not human beings and our lives do not matter,” said Ruth the Programs director at Kuchu Times Media Group. It is a shame the heroism these monsters received on social media from other homophobic people and these make you question if there is any hope for humanity at all. As a movement we are triggered because this reminds us of the skeletons yet to receive justice.

Enough is enough! Kuchu Times Media Group stands with the entire LGBTIQA+ community, ally community and Human Rights Defenders to demand justice not only for Sheila but for every queer womn who has lost their life to homophobic murder and femicide. To the general public, LGBTIQA+ persons are not any different from you past sexuality and gender identity; every life is precious.