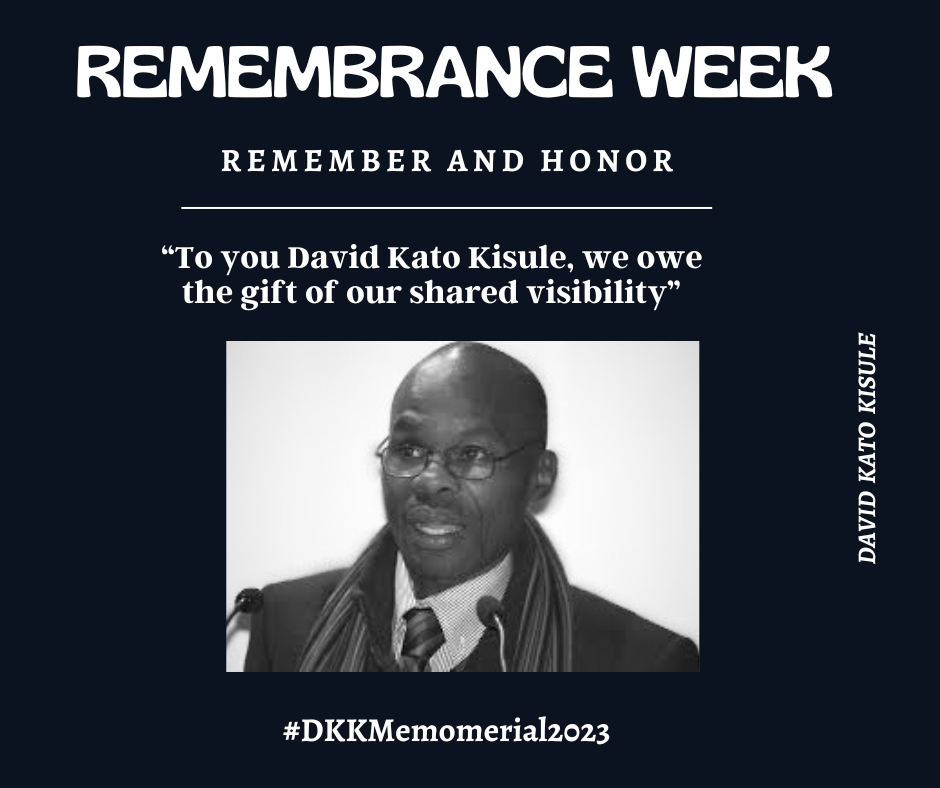 LGBT+ rights activists in Uganda continue to face harassment, homophobia, transphobia, assault, violence, and, in the worst cases, murder in cold blood, with such killings being unresolved.

Such crimes have instilled dread, worry, and intimidation in Uganda’s LGBT+ community, particularly given the prohibition of same-sex acts and the prevailing circumstances around the closure of SMUG that have given an opportunity to well-funded religious fundamentalists to form forces that have attacked LGBT+ organizing.

It is important to commemorate human rights defenders because they are the bedrock of sustainable and equitable development for all.
David Kato (RIP), a famous LGBT rights campaigner and openly gay man, was brutally killed at his house outside Kampala on January 26, 2011.
The late David Kato’s death took away a strong and articulate advocate from the LGBT+ community, and it is only appropriate to commemorate him every year.

Kuchu Times Media Group is running an awareness campaign until 26th January, the day David Kato was murdered. The role of this campaign is firstly to celebrate the life of David Kato as an activist on whose light our lamps are still shining. The other reason is to share experiences from emerging human rights defenders and the lessons they picked from David’s activism.

You can interact with the campaign by sharing the hashtag; #DKKMemorial2023