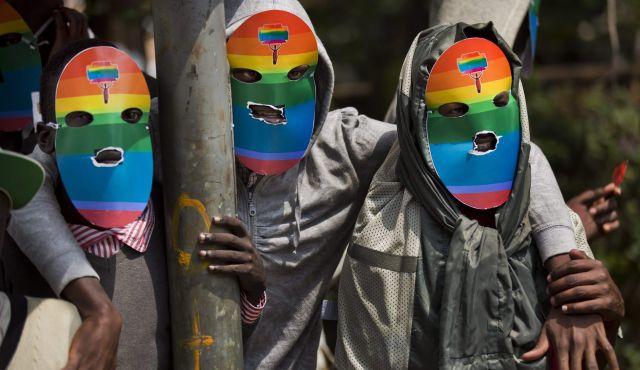 On feb 9th, 32 Ugandan LGBTi were arrested following a tip off while they were celebrating a succesful resettlement application of one of their own at Kabiria Estate, Kawangware, Nairobi.

They were taken to Kabiria Police Station but after the intervention of UNHCR among other legal agencies, they were released without being charged.

But the fact that they are now free though a little restricted, Kenya still remains a home to many Ugandan LGBTi fugitives.

On behalf of Kuchu Times, we advice those who are fighting for our rights from outside Uganda and in Kenya to stay on the low as they asylum requests are still being processed as any loophole could have the same thing repeating itself in future which migh have them sent to the camps thereby facing the same kind of people they have ran away from.