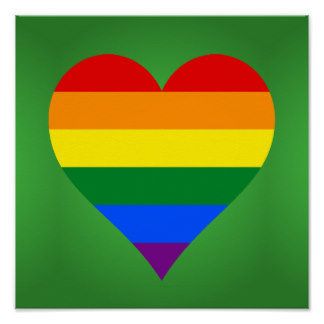 The measure of distance is a metre; that of weight is a kilogram. A measure of honesty, faithfulness and trust is not defined. We can precisely say that a 100kg man moved 20 metres by foot! A percentile may easily rank faithfulness, honesty and trust, but doesn’t necessarily make the measurement discrete. The human perception of sin is centralized to faith, religion and culture.  Much as sin is a humanity error, or disgrace that should apply to every mankind. Not limited to faith, belief, culture and God. Coupling faith to sin divides us into the holy and the unholy. However, the measure of how holy an individual is critical. I rarely tell lies to people whose age doubles mine. Although, lying to my age mates is proper to me. To what percentage of being a liar would you rank me then? Everyone has a weak point that relates him or her to sin! The Catholics confess their sins to their church leaders as a way of repentance. Some religions however are judgmental enough to the extent that they eliminate sinners from society. For example, in Islamic states. It is important to note however, that Christianity is hinged on sin. God loves sinners. He offered His only son. Adam and Eve through sin gave birth to our lineage. It is through sin that we define our relationship with God! None of us is sin free. By God’s image we are graced to holiness. However, God tolerates every sin. He says, “Come to me those who are heavy burdened.” He is bright enough not to measure how heavy the burden is; small, big, light, heavy, as long as it is a burden to you. A leper is burdened as well as a prostitute. But a serial killer or a terrorist is worse. The measure of the burden may sound too large to your ears, but God doesn’t see that. Even when the very first humans He blessed with His own breath sinned; he gave them a second chance! It is therefore sheer blasphemy for society to degrade the relationship mankind and God share. That of course rotates on sin. If God doesn’t mind measuring the weight of our sins, why does mankind feel insecure in carrying a sin whose weight is unknown? Why does God keep silent on measuring the weight of our sins but we still want to advertise the weights of our sins on our foreheads? When we tell lies, when we cheat on our partners, when we steal, when we embezzle funds, when we produce children we can’t afford to take care of, when we fornicate, when we oppress the poor, we have all sinned! There is no scale to grade us but we have all deviated from the normal. We have therefore offended God. It is sheer blasphemy therefore for a pastor to park a Range Rover outside a wooden church and start preaching how God hates homosexuals. He forgets God said, “Go sell your property and give it to the poor, the path to heaven is like a needle’s eye, the rich won’t fit!” How come he hasn’t sold his expensive car in order to feed the hungry? So which measures of sin do the righteous, the angels, the saints (the heterosexuals) use to judge the gays as the worst sinners who will go to Hell? So did God create Hell for only the gay? How come the corrupt, the rebels, the rapists, the terrorists, the false pastors are not judged? Has Hell spared them? Why does mankind want to feel homosexuality is the only burden Jesus can’t accept to carry? The same way God has tolerated your weaknesses, your burdens and sins is the way He tolerates the burdens of the gays. If God was to judge us by our sins no one would be spared. Even the so called people of God who use the Bible to preach hate wouldn’t be spared. Surprisingly some gay people may pass the test. I think I would!

When society chooses to imagine that parenting a homosexual is curse, then why don’t we blame our parents for our sins? If the measure of sin is nominal, then a homosexual and a thief are equivalent! It is therefore rude that a corrupt society, a society full of rapists, defilers, terrorists has the courtesy to stone a homosexual. What is the measure of sin that makes a homosexual more of a sinner and a heterosexual less of a sinner? If God was to destroy the world, the heterosexuals won’t survive. Simply because they engaged in natural sex, gave birth to children who they can hardly manage, killed homosexuals and preached hate. The standard weighing scale of sin if it does exist any way, doesn’t render homosexuality as the biggest sin!

On the other hand, sin is a disgrace to humanity. Thieves, rapists, and liars are typical disgraces to society. Humanity is knowledgeable enough that the measure of sin is nominal. Whereas the law categorizes offences; the weight of sin is almost equivalent! A thief and a lair may not deserve equal punishments but they are all not good! It is rude to imagine that being a thief is safer than being a liar! A rapist and a serial killer may not necessarily have a difference. The concept of humanity brings us in line to the continuity of mankind through sex, relationships, marriage, parenting and nurturing. Every mankind would love to pass on their genes to the offsprings. Since it is through heterosexual sex that a fetus can be made, we call it the natural way! No one has ever wondered to measure how disturbing it sounds for a woman who can’t conceive naturally to listen to someone preaching sex as the only natural way of conceiving. It is the commonest way but that doesn’t make the other methods unnatural. So stop judging the gay on the grounds of giving birth as a way of regarding them as unnatural. Even the heterosexuals who cannot reproduce naturally go through the series of sperm donation. Surrogate mothers get to parenthood! Heterosexual sex is the commonest way of passing on genes but it doesn’t render the rest of the methods unnatural! Sex is driven from love. We can’t dictate on who we love; but we can explain why we love. It is called natural for a man to love a woman. It is the heart involved in this! Likewise the heart is involved fully when a woman loves a fellow woman. Since it is the heart involved in all relationships. So what makes a heterosexual relationship natural and a homosexual relationship unnatural? Do the homosexuals love with their feet not their hearts? If my heart finds comfort in loving her, why do you want me to dig for discomfort by forcing my heart to love him? How unnatural is my comfort? Who measures the levels of natural and unnatural practices?

When the world starts asking if am straight or bent like we need a ruler to measure this, I wonder if someone has looked at my brains to confirm this. I am of full potential, responsible, kind and gentle with life. I don’t harm or hurt, neither do I irritate. I am just diversified. Not falling under the normal distribution curve does make me an outcast in the population. I conform to the laws of nature. That’s why I live naturally and I pass on my genes. My being Transgender has not in any way jeopardized God’s work. Yes God doesn’t make mistakes. That’s why he asks you not to just tolerate me but to accept me. If he hasn’t killed me for being a transgender, then who gives you the moral authority to put a nail on my head? The world can’t complain about how I have sex, who I have it with. As if sex is what defines humanity values.

All we need is a monument of change where sexuality is not a fundamental aspect of life; but human rights. Where no one measures how heavy my sins are but consoles me in carrying my cross. Unless the definition of family has lost meaning; of what harm has it for two men or two women to raise a child? The basics of family are love, care, support and provision. If a couple can afford to parent a child; how do the sexes of such a couple measure up to the ability of the couple to parent the child? When I love with my heart, the measure of how natural that is, very critical! It doesn’t matter who I love or go to bed with. What matters is the comfort I derive in my relationship. The monument of change is coming. When we start minding our businesses in matters concerning our hearts, we shall start generating sinless gay saints.