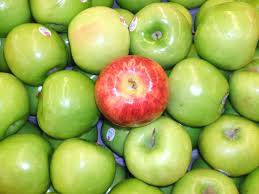 I could start by telling you about my childhood and the tragedy of losing a mother to suicide at a tender age of five; and being raised by different family members in my country of origin Zimbabwe. However, you see I’ve only truly become myself in the past seven years. I remember being a little girl and feeling so alone at times because I did not know anyone who was orphaned like I was. All of my cousins grew up with their mothers and fathers. Little did I know that this phenomenon of being the ‘minority’ would be one that would follow me into adulthood and most likely for the rest of my life.

My name is Ruth Marimo and I am a 35 year old single feminist lesbian author who is also a mother of two, living in Omaha, Nebraska in immigration limbo. I recently walked away from religion and now identifies as a Humanist. I know that is a mouthful. I know that many people who come from the continent I come from are convinced that homosexuality is un-African and yet here I am, a living, breathing, functional African lesbian who knew from a very early age about her attraction to other females. Most Africans pose the argument of how it is then possible for me to be homosexual if I knew I was attracted to females so young. How then could I grow up and be married to, or even go on to have children with a man? Growing up in a culture I saw no women like myself. There were no lesbian or even gay couples. This only cemented my belief that I had to be insane to feel the attractions I felt. Especially in high school when I started having full blown crushes on older girls and even had sexual dreams about some of my female teachers. For as long as I can remember my sexual dreams were always about other women. I would wake up in cold sweats, feeling like I was losing my mind. I simply hid this secret deep down within me and carried on like society dictated; even having a serious relationship with a boy in the last two years of my high school life. But without fail, any attempts at intimacy with males felt awkward, made me feel violated; and yet I knew only the hetero-normative narrative of romantic relationships.

It wasn’t until I was in the United States, married to a man who would later attempt to have me deported for being an illegal alien, that my attraction to women was reawakened in a way I could not turn off or try to deny. My husband at the time, who had known that I had overstayed my visitors visa before marriage was the first person to actually confront me about my attraction to women after witnessing an encounter I had had at a bar with a woman one night. It was the first time I confessed to another human being, these feelings I had felt since childhood. After enduring five years of marriage to a man, always feeling disconnected and unbelonging, I finally told him I was a lesbian. This confession led to the hardest year of my life which included; spending a month in jail facing deportation, losing my children for a period of more than two months, losing my nursing licence as well as both my nursing jobs, losing my house and my car. It was while I sat in that jail, on long lonely days and nights that I started to write my story and truly confront myself for the very first time. I was a Zimbabwean orphan, who had arrived in America at the age of nineteen with only a visitor’s visa and had overstayed and there legally an illegal alien. I was a mother of two American born children. I no longer wanted to be married; and I was a black African woman who was also a lesbian.

By the time I was arrested by immigration officials, I had been separated from my husband for about eight months and had begun a relationship with my first girlfriend. When I was out of jail my girlfriend at the time insisted that I come out publicly. Doing that was one of the most frightening things I have ever had to do. I faced the harshest backlash from fellow Africans. Some friends walked away. My family initially reacted with humiliation. I cannot tell you how thankful I am to have freed myself of a false life; to have been able to break free and discard the charade of heterosexuality that I had played all my life.

But even with the jubilation of finally accepting and living out my true sexuality I felt so isolated and my belief in God was what had kept me hopeful while in jail. During my coming out process I found an open and affirming church that helped me and my kids flourish. There was just one problem, I had so many questions about Christianity and God that nobody had ever been able to answer. From the way the bible contradicts itself, to how Christianity was introduced to black people mainly for the purpose of enslaving them. After my book was published and I was asked to be on panels to speak on the topic of homosexuality; I was shocked by the hate spewed by religious people against people like myself. I started to struggle with my identity as a Christian. However, it wasn’t until I was in a relationship with a non-religious woman who questioned me about my faith, until I realized that it had been something that I had gone along with because it was all I knew. My core beliefs could not be more opposite to the core beliefs of religion. As a feminist, the patriarchy and misogyny advocated by religion was my biggest struggle. Eventually I found the strength and courage to leave that behind too. I am now openly non-religious and my views lean most closely with Humanism as I truly believe that we as human beings have the power to change our own circumstances as well as the circumstances of others.

I am still fighting my immigration case. I try not to worry about how it will end. My two kids who are now aged 10 and 8 keep me busy with their academics and life passions. While I had to fight their father for custody for nearly two years, when my divorce from him was finalized in December of 2010, I was also awarded sole legal and physical custody of them. I started my own small business in 2013. It affords me the ability to provide adequately for my children. What I value about myself are the times I cook dinners and watch movies with my kids, our travels, the close friendships we have in our lives, the feeling of knowing and always knowing that I am living a truly authentic life.

I never stop learning and laughing. I tell the truth. I hug people and say, ‘I love you’ and “I’m sorry”. I fight for humanity everyday. I challenge everyone about everything. When I look at my kids I see nothing but socially adjusted, intelligent, beautiful children who are so so happy. I know that the word ‘minority’ could be my middle name, but I would not change it for the world. I love my life. I am proud of the courage I’ve had to truly find myself without looking back. This me I am, to me is truly living.

(Ruth Marimo is the author of OUTsider:Crossing Borders, Breaking Rules, Gaining Pride, she blogs on her website ruthmarimo.com and can be found on Facebook and Twitter)