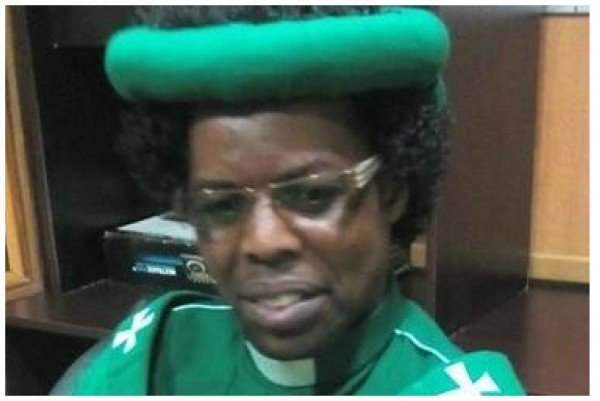 I am Intersex, Apostle Darlan Rukih Moses comes out of the Closet

For the past 35 years, his life has been an empty shell, filled with shame and guilt. Coming to terms with the fact that he was intersex (person with both the male and female sex organs) was too much to bear for Apostle Darlan Rukih Moses.

The father of three adopted children (with the same condition) says he’s now ready to come out of the
closet, and speaking tone of Kenya’s dailies, Moses says he is proud of being intersex and has gone public to help raise awareness as well as advocate against discrimination of people with this condition.

“I underwent a medical examination and the doctors confirmed I have a normal uterus, ovaries and I can bear children,” Moses says of his initial medical assessment.

A gospel musician, Moses was born in Bondo where his mother was shocked after the doctors announced her baby had two sex organs.

“My mother tells me that she had to conceal the truth for fear of wrath from the community. The Luo
community treats such cases as a bad omen. I could have been killed had my community gotten wind of my condition. She also told me that she feared that we could have both been thrown out of our home,” said Moses, recalling that when he turned 14, his body begun to develop feminine features.

“I was shocked when I experience my first monthly periods, my breasts and hips begun to grow. However, my mother took me to a local dispensary where I was given some medication and some of the features like the growth of breasts and hips stopped,” he recollects.

In a past interview, Moses claimed he became more aware of his condition after his stepfather once
molested him, something whose details he does not like to get into. Married now, Moses says his wife has accepted him although it was difficult for her in the beginning.