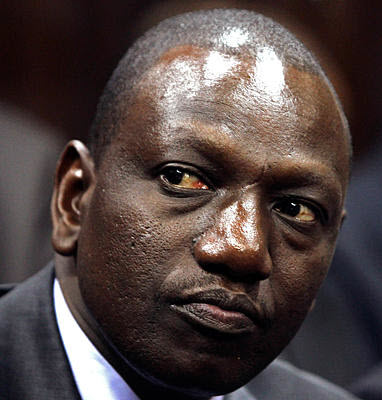 Kenyan author Binyavanga Wainaina has hit back at Vice President William Ruto over his recent comments against homosexuality.

While attending a church service last Sunday, Ruto stressed that there was no room for homosexuality in Kenya. “The Republic of Kenya is a republic that worships God. We have no room for gays and those others,” Ruto told a Nairobi church congregation in Swahili in a video posted online by Kenyan broadcaster KTN.

Kenyan activists have now condemned Ruto’s remarks on social media and issued a security alert albeit calls for Al Shabaab to finish the gay community in Kenya. In a series of tweets and facebook posts, human rights defender and author Wainana shared his sentiments on the matters as he strongly disagreed with the Vice President.

”Ruto has joined an “important tradition by Africans in power to spread hate in church on a Sunday, African churches, all 500,000 of you, show us how all your local issues are dominated by that one homosexual in our village who dared to love,”Wainana wrote explicitly.

“Dear Afro-homophobes, please tell me one known data set that says Africans are having less children because of homosexuals, like for real.In our times you will never see a single African emissary of Jesus go to wash the feet of a young man, torn and chased from his home by Pharisee parents, or offer him love.Catholics and Anglicans do not visit Somali refugees and will be silent “until they rush to the media to say ‘No Homosexuality’ and offer no homosexual sanctuary or love,” read one of his posts.

Coincidentally, Ruto’s comments overlapped with US Secretary of State John Kerry’s arrival in Kenya and the LGBTI community hopes he will engage the Kenyan leaders on their continued discrimination while in the country.

The United States — which provides annual aid of nearly $1 billion to Kenya — has been at the forefront in the advocacy for gay rights in Africa and has criticized anti-gay laws on the continent.