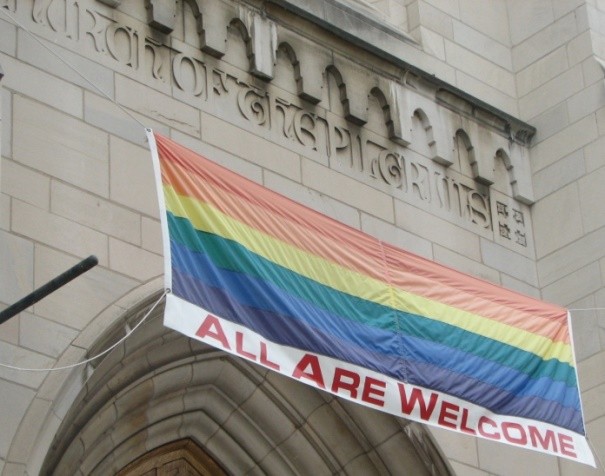 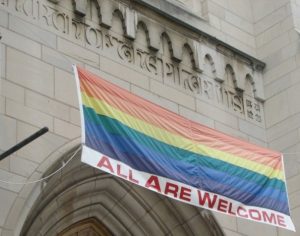 Homophobia in Africa has increasingly been spread through use of religion with most spiritual heads assenting that the higher powers known to mankind are against homosexuality or any other sexual nonconformity that isn’t in line with the norm.

However, The Community Church of St Sebastian  in the Spanish Canary Islands that is known to openly reach out to the Lesbian, Gay, Bisexual,  Transgender and Intersex (LGBTI) community could be on its way to changing such beliefs after it was revealed that sister churches were being set up in both Kenya and Uganda.

One of the Church’s leaders, Rev Paul Gibson revealed in an interview with Infonews that they were in the final stages of putting together the community based church and hoped to spread the love of God to sexual minorities who have been led to believe that being different has automatically stripped them of God’s love.

Like all LGBTI related matters, the church is prioritizing its security and that of its to-be congregation as the society in both countries shuns and continues to persecute sexual minorities The two East African countries are well known for their stand against LGBTI persons with Uganda having tabled a bill that sought the death penalty for anyone suspected of being gay.

Religious leaders across Africa have for a long time spearheaded the anti-gay campaign and religion being the strong tool it is, most of the general population has been made to believe that the LGBTI lifestyle is against God’s will for mankind (even though none has quoted a scripture that explicitly states that being a sexual minority makes you less deserving or sinful).

Recently, a radical antigay preacher, Bishop David Kiganda called for the re-tabling of the Anti-Homosexuality Bill and asserted that he would do everything in his power, including rallying allies to have the bill passed and enforced.

Targeting the upcoming 2016 general elections, Kiganda said he would not vote for anyone who had not put their commitment to the bill in writing. Such extreme measures go to show how religious leaders are exploiting the political situation in the country to have a bill, that criminalizes people who have not committed any offence, passed.

Kiganda is not the only religious leader that has advocated for the AHB; Martin Ssempa, Solomon Male and Pastor Mathias Serugo are some of the most radical hate propaganda preachers.

While they argue that homosexuality is un-African and is behavior adopted from the West, gay rights activists pose a question the former have failed to adequately address. “Christianity and most religions practiced in Africa were adopted from foreigners, why then don’t you condemn them and label them un-African?” the activists have asked time and again.

It is from incidences like these that the St  Sebastian Church has chosen to set up roots in East Africa in the hope of curbing homophobia by spreading God’s love, one person at a time. The Church which is in an expansion drive is setting up several sister churches across Asia and hopes to expand even further in Africa.