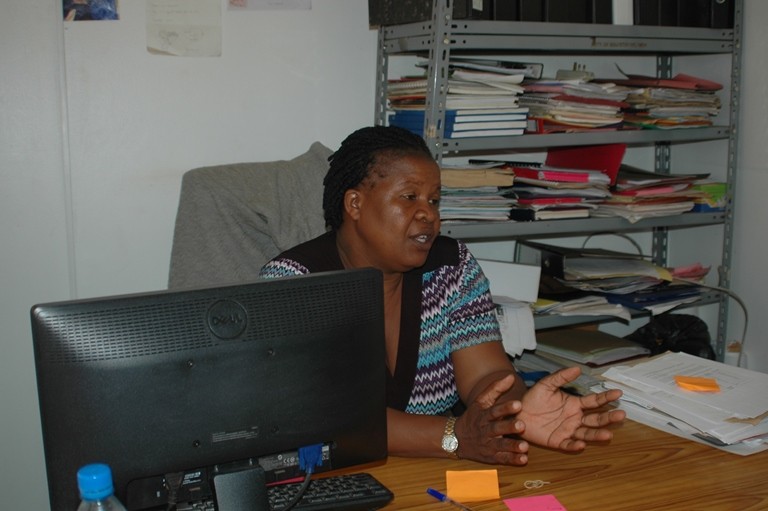 The Most At Risk Populations Initiative (MARPI) is a Centers for Disease Control and Prevention ( CDC) funded programme that was started in 2008 to specifically deal with health issues affecting key populations that are at a higher risk of contracting the HIV virus.

The initiative deals with (Lesbians, Gay, Bisexual, Transgender and Intersex) LGBTI persons, security personnel, sex workers and fishing communities. These categories of people were zeroed on after it became apparent that they were not accessing HIV/AIDS treatment and sensitization as easily as the general population.

Currently housed at Mulago National Referral Hospital, the MARPI programme prides in having broken barriers and reaching otherwise discriminated yet highly in need of health services persons. The Kuchu Times team visited their offices and spoke to the Team Leader Outreach Programmes, Marjorie Nakimuli about the initiative.

Marjorie who is clearly passionate about her work, took us through the in-depth operations at MARPI; the initiative has made it a priority to sensitise the most at risk populations about HIV/AIDS and unlike most programmes that address sexual health, they have chosen to use the sex approach measure as the safe sex is relative.

“What one might consider safe for themselves might not necessarily apply to another person. This is why we take this to an individual level and sensitise people on what methods best suit them to avoid contracting the HIV Virus,” Marjorie explains.

She further said the programme was breaking away from HIV prevention methods that were being used in the past and was instead getting hands on. MARPI has and continues to organize sittings through which their clients are taken through practical sessions concerning Sexually Translated Infections ( STIs). They are shown exactly what each STI symptoms look like and that way, it is easy for someone to look out for any infections.

MARPI is also considering spreading out its outreach programme to the general population to primarily give them accurate information on the marginalized communities in the hope to curb discrimination and homophobia.

The initiative is also trying to bridge the gap between the government and these communities; as the Parliamentarians and religious leaders that continue to spread hate propaganda are basing their decisions on inexact information.

On MARPI’s achievements, Marjorie explains that they have broadened out to other categories and reach a far bigger audience than they started out with. She also says people’s perspectives have changed and they are now making a personal initiative to get better health care which was a different scenario when they started out.

“Many people needed to be coerced into coming for these services and even when they showed up, they expected their transport to be refunded. Currently, we are happy that they reach out to us and even give us ideas on how to serve them better,” a beaming Marjorie explained.

And like most non-government setups, MARPI struggles with funds; the outreach programmes need money to be fully functional, and there are basic administration costs to be met for the initiative to keep running.

“We have volunteers but realistically, someone can’t volunteer for two years; how then will they survive? We must come up with ways to pay them or at the very least motivate them. We outsource doctors and counselors for our outreach sessions since those at the clinic must stay put to keep things running. This too costs money that we do not have,” Majorie shares on MARPI’s greatest predicament.

On a high note though, MARPI is expanding to other referral hospitals to reach grassroot populations. Mbarara and Mbale Hospitals are already in the set up process and the Gulu hospital branch is already operational.

Below is the one on one dialog with Marjorie: