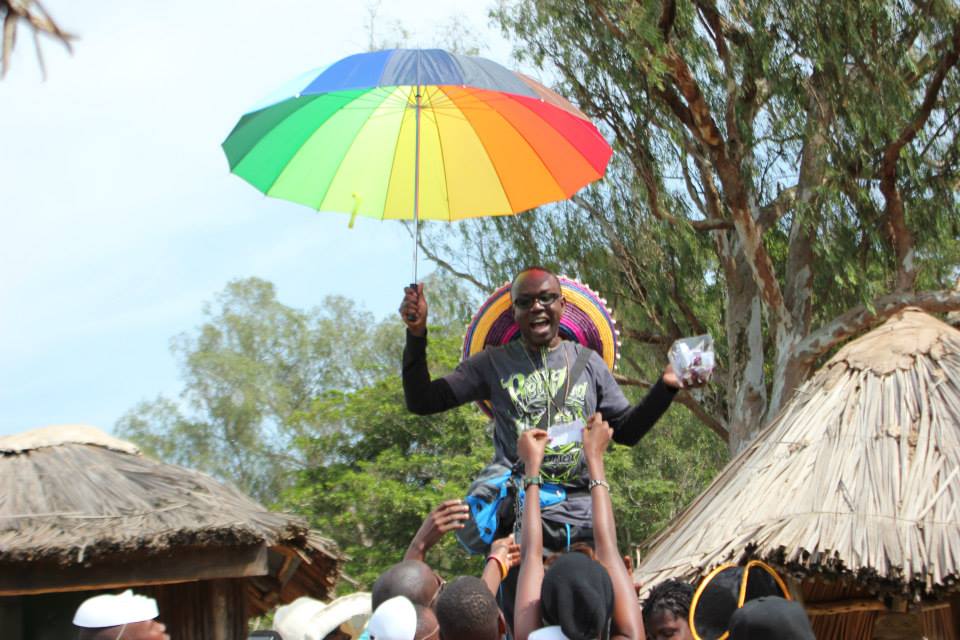 In 2012, one of Uganda’s renowned LGBTI rights activists Kasha Jacqueline Nabagesera thought it was time to take the movement a step further as well as celebrate all the achievements they had attained over the course of this struggle.

This thought gave birth to the first PRIDE festival in the country. Although marred by fear and a poor understanding of what Pride entailed, the community was glad there was a way to celebrate their diversity and achievements and full time volunteers quickly came on board.

With the ground team set, they set out on fundraising drives; both locally and internationally. Budgets and proposals were sent out to partners and allies who were quick to respond as they quiely raised money for Uganda’s first ever Pride parade.

The first Pride was a four day long affair that had a film festival, followed by a pride parade where the excited revelers walked about 3miles at the botanical beach gardens and finally a pride closing ceremony where the Grand Marshall was from Jamaica, and was also the first David Kato Vision award recipient.

Unfortunately, there were arrests made and 13 people ended up being taken to jail but were released after it became obvious there was no crime to record on the charge sheets. Sadly, the police had earlier been approached for security and had insisted there was no need for that.

The following year, was no different. Funds were still scarce, people were not fully sold on the concept but they still came together and had a successful Pride festival.  The second Pride Festival saw more activities included like a trans awareness day, games, sales, fashion shows, and in typical KUCHU style, the closing party was disco theme and they took it a step further by officially winding down the week with a hangover party.

This Pride was held at the height of the Anti-Homosexuality Bill fracas with the Parliament threatening to throw them in jail for life or even ‘hang them’ as the bill was commonly referred to. The Kuchu community rallied together and put up another fabulous Pride that went down in history as one of the most educative and bonding activities in the LGBTI community in Uganda. The 2013 Uganda Pride Festival was themed “WE ARE HERE!”

Come 2014, the third Pride festival got under way under the theme “Post Anti HomosexualityAct Pride”. This particular event was a demonstration towards the Act and everything it stood for- discrimination and persecution of sexual minorities.

It was a mask which symbolized the abuse of freedom by not only the public but the Ugandan laws that are essentially meant to protect all citizens of the country.

The masks also stood for the millions of Ugandans who remain in the closet for fear of being persecuted. This Pride was also used to celebrate the draconian law that had been nullified just a few days before the Pride festival kicked off.

2015, the excitement and jubilation within the community is incomparable. Recognising the many hurdles overcome, many battles won and fights fought, the community is coming together and lifting their banner. “WE ARE FAMILY,” it screams!

With the next few days unfolding a number of exciting events, Ugandan Kuchus are making their mark like never before and choosing to stick together like the big family they have become.

Kuchu Times will bring you the events as they happen and keep you in the loop of this year’s festival.