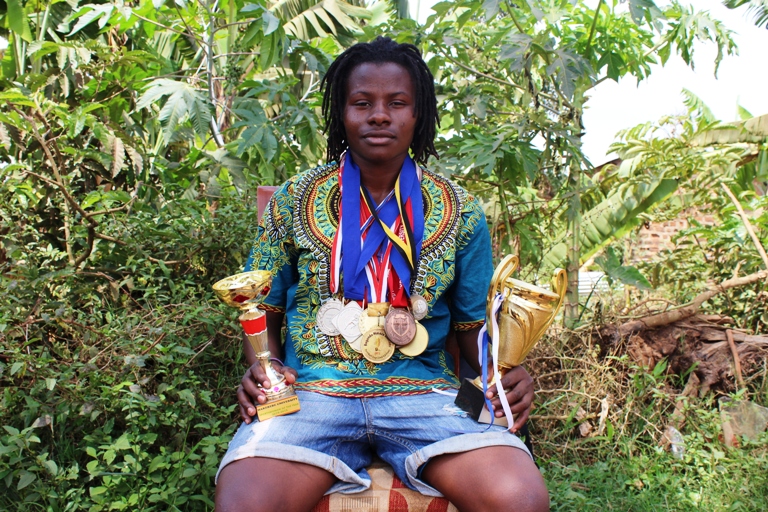 Adebayor Chris is most known in Uganda’s Lesbian Gay Transgender Bisexual and Intersex community as the 2015 winner of the Mr. Pride Contest. Having spent an afternoon with the recent graduate, I walked away with the impression that this young man was destined for greatness; his humility, love for service and selflessness all stood out as he talked to the Kuchu Times team about his plans for his tenure and life as a transgender man in Uganda.

Adebayor recently graduated from Makerere University with a Bachelors Degree in Sports Science and dreams of starting a sports academy that focuses on LGBTI individuals. His collection of various medals and trophies is aligned before us as he explains his love and passion for Sports. He has been awarded in several sports fields including soccer, pool, volleyball and swimming. Adebayor says that right from a young age, he knew he was ordained to be a sportsman. He further explains that his talent In sport has been a God send; he went through most of his higher education on merit of this, something that took a great deal of financial strain off his parent’s shoulders.

“I guess I figured out my gender identity and sexual orientation at a very tender age. At five years old, I was attracted to my cousin sister and I never really understood why. I also did not like wearing girly clothes like most children my age’ instead I would steal my older brothers’ clothes and I honestly felt more comfortable in those,” Adebayor says of how and when he discovered his identity.

His sister started suspecting he was queer and out rightly questioned him about it. Although tough, Adebayor was truthful and explained his identity to her. This incident encouraged him to come out to his brothers and shockingly, they were more embracing and supportive than he had anticipated.

However, he says he has still not come out to his parents although they have heard rumors and questioned him several times. He says he plans to tell them the truth after he has attained full independence and is supportive of himself.

As a sportsman, Adebayor’s greatest t challenge has been deciding which teams to identify with. While he has won most of his accolades in the women’s’ categories, he says he dreams of a day when he can participate in the men’s categories without any interruptions.

“It is very hard for me. I am shunned by organizers when I play on women’s teams because they are not sure if I am male or female yet the men will also not allow me to play on their teams. For now, I have been forced to take part in the ladies groups but I am hopeful that soon or later, I will participate in the category that I truly belong to,” Adebayor reckons. 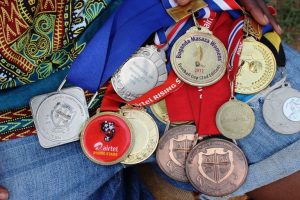 He reminisces about a time he was participating in a swimming competition and after taking his position on the board, the MC pointed at him and shouted for all and sunders to hear that a man was trying to sneak into the women’s category. Adebayor says he has faced many days like those but has learnt to hold his head up and keep focused.

He also explains that he has not thought about going through full transition because he is comfortable in his skin although nothing is off the table for the future.

Adebayor decided to take part in the 2015 Mr. Pride contest after realizing that it was dominated by the G and B of the community. “Transmen were not very well represented and I went into the contest to make a mark for the transmen,” he explains.

Like all positions of power and prestige, being Mr. Pride has come with its perks and downsides. The girls have been flocking him and in his own words, he is yet to pick one. While he is no rush to get into a relationship, Adebayor says he hopes to find a beautiful down to earth girl who will be supportive of his dreams.