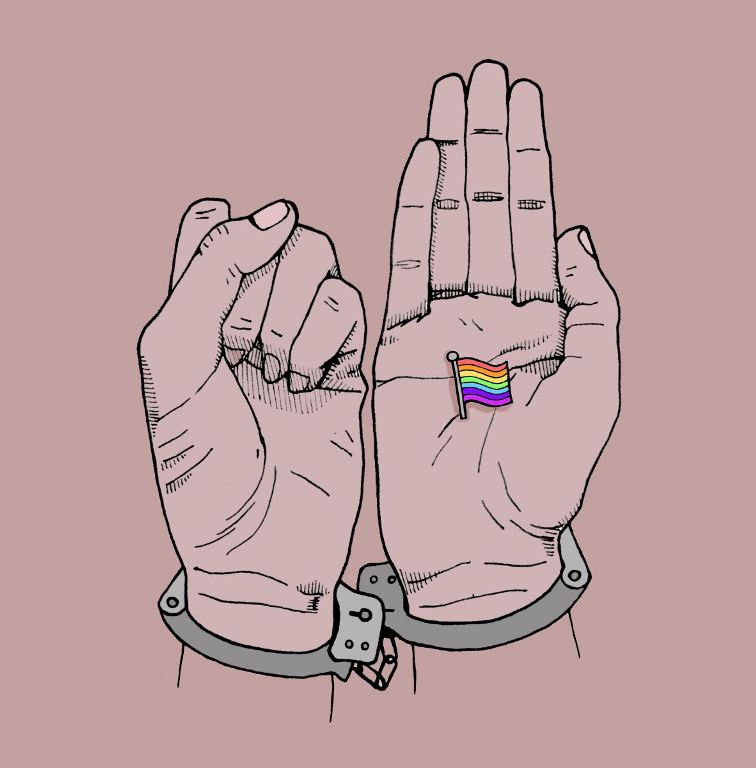 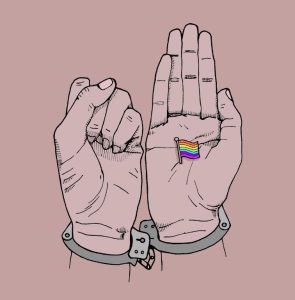 A Kenyan teacher in his 20’s has landed himself in hot soup after he made the grave mistake of using social media as a platform to find love.

Things quickly took a dramatic turn when Geoffrey Mburu persistently sent love messages to one Victor Kinuthia, a journalist at Inooro FM. Kinuthia then reported Mburu’s persistent advances at Muranga Police Station and together with the police maliciously laid a trap that led to the latter’s arrest. Mburu was subsequently charged with misuse of a communication gadget on Tuesday 10 Fed 2016 and is now being detained pending the clearing of his cash bail of $2000.

From this traumatic event, one would argue that the said journalist is exploiting the situation and Mburu, unfortunately happens to be an easy target just like the former’s statement suggests. ‘’We have always heard Of cases where men are sodomised but fail to report out of fear or stigma but this is evidence that it is happening,’’ Kinuthia is quoted as saying.

Mbugu is being accused of intent to have sex with an unwilling party although his clear crime was sending an affectionate text to a fellow man. One then wonders why Kithuria replied the messages and kept the conversation going if he was as uninterested as he says he was.  With today’s technology, wouldn’t the easier option be to block the sender or simply ignore them rather than engaging him?

In the statement recorded at Police, the accuser contradicts himself as he said he planned for a meeting with Mr  Mburu at his Gatanga’s home and in another, it is claimed they met in a car.  All these mishaps simply make you question Kithuria’s intent as the story fails to make sense.

However, this incident should also open the eyes and minds of the minorities. We should put our security ahead of everything else; our feelings included as well as avoid approaching people whose sexuality we are not sure about.  Like all relationships, be it heterosexual or otherwise, we should desist from bombarding our interests with advances as it might be conceived as stalking or harassment.