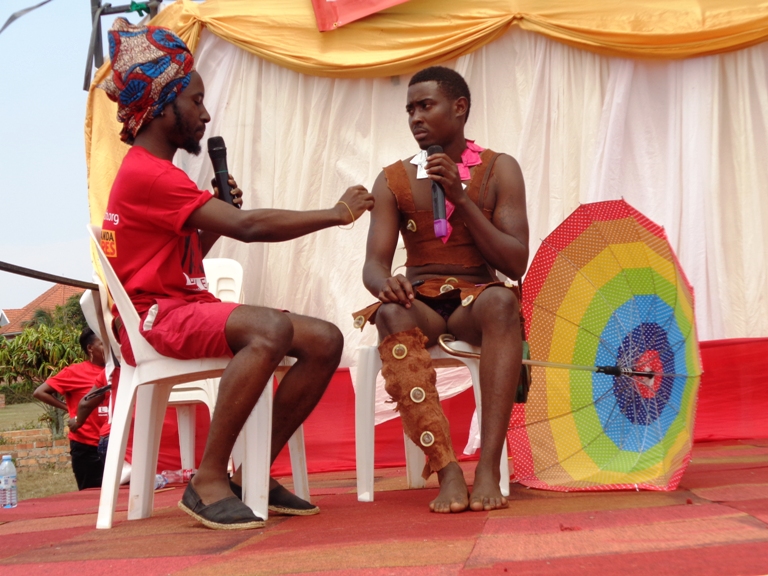 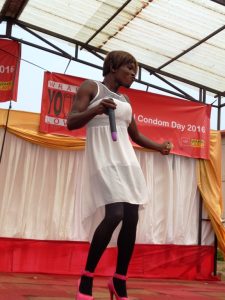 On 12th February 2016, Uganda Cares joined the rest of the world to commemorate World Condom Day under the theme “Wrap Your Love”. The event brought together more than 500 members from the key affected population groups i.e. male and female commercial sex workers, lesbians, gay, bisexual and transgender persons.  The event was held at Katomi Kingdom resort in Entebbe.

This event was characterised with many activities such as HIV/AIDS counseling and testing, demonstrations on how to effectively and safely use a condom as well as entertainment. Uganda Cares decided to celebrate this year’s condom day with emphasis on the sexual minority communities because of the higher AIDS prevalence rate therein as the current surveys show that the AIDS prevalence among commercial sex workers is 34.8% compared to the general population rate. This is even more than the 32% of Swaziland which is rated the world’s number one country heavily hit with this scourge.

It has also been discovered that some community members lack adequate knowledge and information on how to use a condom and some even adamantly refuse to use condoms, more so due economic factors. Some sex workers put their lives at risk and bow down to some of their clients’ demands for sex without a condom with the promise of a higher fee, something that has increased the spread of HIV among this group of people. It therefore became apparent to Uganda Cares that there was a need to bring together these community members to sensitize them on dangers associated with sex without a condom which usually results into acquiring STDs, unwanted pregnancies and other health related risks. 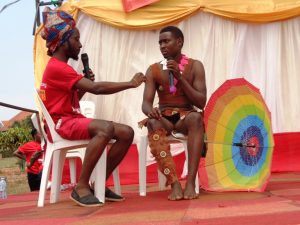 “We are celebrating World Condom Day with a great message towards sensitizing the masses that using condoms helps us to stop the spread of the virus. We have based our theme for the day on commercial sex workers because research shows that they quantify 34.8% in the spread of HIV/AIDS in Uganda. We therefore organized this event to advise them  about condom use in order to stay safe and o  keep the adherence for  those that are already infected,” Mr.Henry Magala the Country Programs Director for Uganda Cares said.

“As Uganda Cares, we try to ensure that all people get AIDS related services, we want the government to act upon the accessibility for condoms among the general populace. The battle to fight HIV/AIDS is still big and we still face challenges like inadequate funding towards this cause,”  Mr.Magala elaborated while  further pointing out the challenges they were facing while conducting such condom sensitization programs. He said some Ugandans are still shy to ask for condoms at distribution centres or even at yhe shops or pharmacies.

Uganda AIDS Commission was represented by Mrs. Vastha Kibirige, the National Coordinator for Condom Programming, affectionately  referred to as ‘Maama C’ because of her continuous efforts to make sure that Ugandans use condoms for a safer life. She affirmed that they decided to focus on these clusters of people in the society because many were still unmarried and needed to hear about keeping themselves clear of HIV infection

.According to the report currently released by UNAIDS, it has been proven that many members of these key affected groups who acquire HIV virus is either because of lack of knowledge on how to use condoms or due to scarcity of condoms.

Natukunda Diana who works with WONETHA an organization advocating rights of female commercial sex workers in Uganda said that it is unfair to allege that sex workers take the lead in the spread of HIV because they also care about their health and the health of their clients.

She said that they have conducted many condom sensitization programs to ensure that those who are negative stay negative through use of condoms. She further called on the government to ensure that there is a steady supply of condoms in the general populations to avert the spread of this disease. WONETHA through their press statement made a call to the government to popularize safe sex education and to provide more legal protection for sex workers  all aimed at creating a safer working environment. 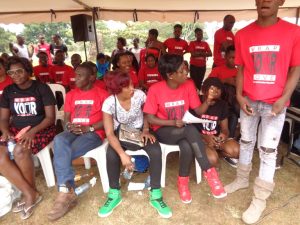 National Condom Day originated from an AIDS support group in America during the late 1980’s, with the purpose of promoting condom use and educating people about the need to practice safe sex. International Condom Day seeks to promote the use of condoms as a means of preventing unwanted pregnancies and sexually transmitted infections (STI’s).  It is an informal observance celebrated in conjunction with Valentine’s Day.

The holiday is also promoted by the AHF (AIDS Healthcare Foundation) in an effort to reduce the spread of HIV thru safe sex practices. The campaign falls on February 14, Valentine’s Day, an ideal opportunity to promote healthy relationships, and remind people about the risks of sexually transmissible infections (STIs) and unplanned pregnancies. National Condo Day is a timely reminder for people to always use condoms during sexual activity to protect themselves and their partner/s.