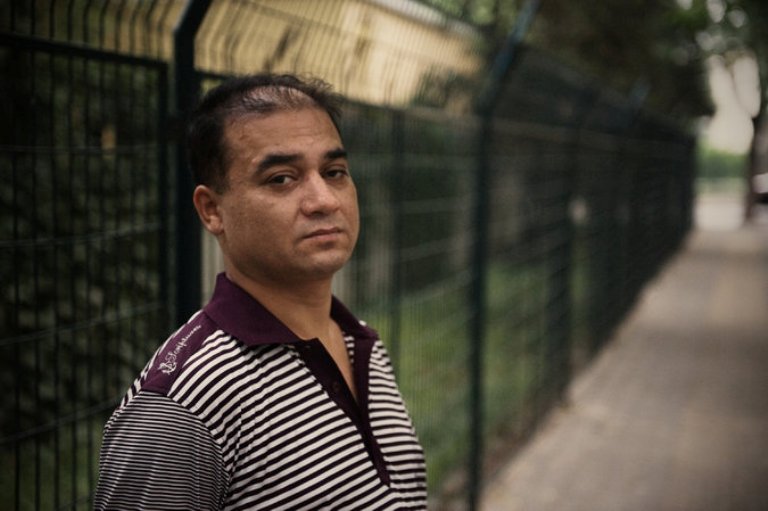 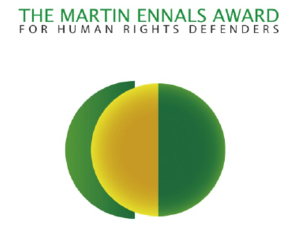 The Martin Ennals Award for Human Rights Defenders has announced the three finalists who will be receiving this year’s prestigious honor. The award, created in 1993, is granted annually to individuals who have demonstrated an exceptional record of combating human rights violations by courageous means and is in need of protection.

This year’s recipients include Zone 9 Bloggers, a group of writers who selected their name as a symbol for Ethiopia as a whole where political freedoms are severely restricted, Ilham Tohti a renowned Uyghur intellectual in China, that has worked for two decades to foster dialogue and understanding between Uyghurs and Han Chinese and Razan Zaitouneh, a prominent human rights lawyer, activist, and journalist in Syria that has dedicated her life to  defending political prisoners, documenting crimes against humanity, and helping others free themselves from oppression.

The Award will be presented on October 11th 2016 at a ceremony hosted by the City of Geneva. The  main  award  of  the  human  rights  movement is  a  unique  collaboration  among  ten  of  the  world’s leading  human rights  organizations . The jury includes Amnesty International, Human Rights Watch,  Human Rights First,  FIDH – Int’l Federation for Human Rights,  World Organisation Against Torture,  Front Line Defenders, International Commission of Jurists,  EWDE Germany, International Service for Human rights and HURIDOCS

Kality prison in Ethiopia, which holds many journalists and political prisoners, has 8 zones. Zone 9 selected their name as a symbol for Ethiopia as a whole where political freedoms are severely

restricted. They write opinion pieces and feature articles that focus on the constitution, economic, educational and cultural issues. They document human rights abuses and violations of law by both state and non-state actors. Furthermore, they shed light on the situation of political prisoners in Ethiopia.

Two weeks after creating their blog, it was blocked. Two years later six of its members were arrested and charged with terrorism. Although they have now been released, three are in exile while those still in Ethiopia are banned from travel.

A renowned Uyghur intellectual in China, he has worked for two decades to foster dialogue and understanding between Uyghurs and Han Chinese. He has rejected separatism and sought

reconciliation based on a respect for Uyghur culture. Beginning in 1994, he began to write about problems and abuses in Xinjiang, which led to official surveillance. From 1999 to 2003 he was barred from teaching, and arrested in 2009 after posting information on Uyghurs who had been arrested, killed and disappeared during and after protests. Ilham Tohti was arrested on January 15, 2014. He was charged with separatism and sentenced to life imprisonment after a two-day trial.

A prominent human rights lawyer, activist, and journalist in Syria, Razan has dedicated her life to defending political prisoners, documenting crimes against humanity, and helping others free themselves from oppression. This resulted in a travel ban in 2002.

Following the beginning of the conflict in 2011, she founded the Violations Documentation Center (VDC), which documents the death toll and ill-treatment in Syria’s prisons. With the VDC, she compiled lists of the detained, the executed, and the disappeared. On December 9, 2013, a group of masked gunmen stormed the VDC office in Douma, near Damascus, and kidnapped Razan along with her husband, Wael Hamada, and two colleagues. Their whereabouts remain unknown.

ABOUT THE MARTIN ENNALS AWARD

The award gives international “protective publicity” to human rights defenders around the world, mainly in their country of origin (a unique characteristic of this award, and very important from a protection point of view), through mass media (television, radio and internet).

The Martin Ennals Award is considered the award of the whole human rights movement. It is known as “the Nobel prize for human rights” (Le Monde), “the world prize of human rights” (El Pais”), etc. The Annual Ceremony organised with the City of Geneva is an event with world Internet and TV coverage.

Past recipients of the Martin Ennals Award