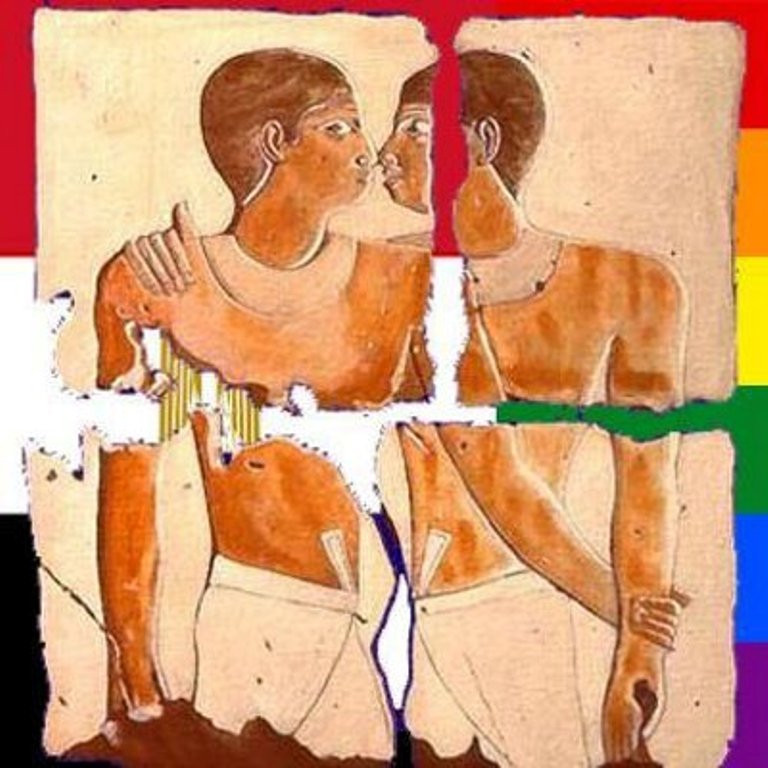 Societal attitudes towards same-sex relationships have varied over time and place, from expecting all males to engage in same-sex relationships, to seeing the practice as a minor sin, repressing it through law enforcement and judicial mechanisms, and to proscribing it under penalty of death.

Among the indigenous Americans, a number of nations had respected roles for homosexual, bisexual, and gender-nonconforming individuals; in many Indigenous communities, these roles still exist. While each Indigenous culture has their own names for these individuals, a modern, pan-Indian term that has been adopted by consensus is Two-Spirit. Typically this individual is recognized early in life, and raised in the appropriate manner, learning from the Elders the customs, spiritual and social duties fulfilled by these special people in the community.

Homosexual and transgender individuals were also common among other pre-colonial Latin America.

In Asia, same-sex love has been referred to since the earliest recorded history. In China, homosexuality known as the pleasures of the bitten peach, the cut sleeve, or the southern custom, has been recorded since approximately 600 BCE. These euphemistic terms were used to describe behaviors, not identities.  The relationships were marked by differences in age and social position.

In Japan, homosexuality is widely known as shudo and has been documented for over one thousand years and had some connections to the samurai tradition. This same-sex love culture gave rise to strong traditions of literature documenting and celebrating such relationships.

Similarly, in Thailand, “ladyboys,” have been a feature of Thai society for many centuries, and Thai kings had male as well as female lovers. They are generally accepted by society, and Thailand has never had legal prohibitions against homosexuality or homosexual behavior.

In Persia, homosexuality and homoerotic expressions were tolerated in numerous public places, from monasteries and seminaries to taverns, military camps, bathhouses, and coffee houses. The two most commonly documented forms were commercial sex with transgender young males or males enacting transgender roles

The best known case of possible homosexuality in Ancient Egypt is that of the two high officials; both men lived and served under Pharaoh Niuserre. They each had families of their own with children and wives, but when they died their families apparently decided to bury them together in one tomb. In this mastaba, several paintings depict both men embracing each other and touching their faces nose-on-nose. These depictions leave plenty of room for speculation, because in Ancient Egypt the nose to nose embrace normally represented a kiss.

Cross-gender homosexuality not tied to possession cults has been reported in a number of East African societies. Scholar Needham described a religious leadership role called mugawe among the Meru of Kenya which includes wearing women’s clothes and hairstyles. Mugawe are frequently homosexual, and sometimes are married to a man. Bryk alsoreported active Kikuyu pederasts called onek and mentioned homoerotic bachelors among the pastoralists Nandi and Maragoli (Wanga).