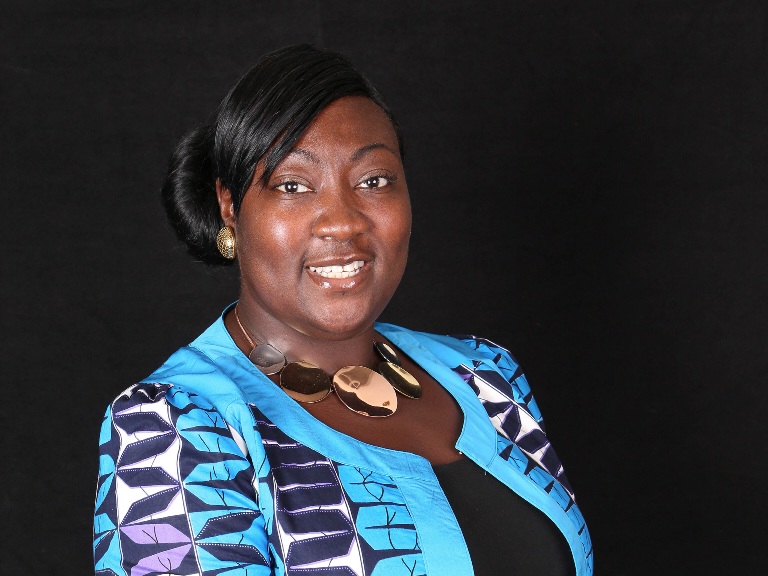 She vocalised these thoughts at an event after responding to a question about which prejudice – racism, homophobia or sexism – she would choose to tackle if she only had one option.

There is often an assumption that multiple prejudices cannot be tackled collectively and that equality has to be achieved in one before moving on to another, she told MisBeee.

But Phyll vehemently disagrees and believes that intersectionality – the idea that prejudices needed to be tackled together – is the only way to achieve true equality.

“Some organisations may lose sight that Black lesbians, for example, also have to deal with racism. Our role at UK Black Pride is to highlight these issues and make sure other LGBTQI organisations are aware and act on them,” she said.

It is this steely resolve and uncompromising commitment to her beliefs that made Phyll, also known as Lady Phyll such a talking point at the beginning of the year. She was nominated for the title Member of the British Empire (MBE) for services to the LGBTQI community in the Queen’s New Year’s Honours List. But when she turned it down in January 2016, she not only became a media sensation overnight but polarised opinion within the very community she had long sought to support.

“I had overwhelming support, encouragement and praise but there was a minority that spoke the loudest,” she said. “It was the institutionalised racism that stood out for me. I was saying no [to the honour] because of something that I believe in.

“I didn’t expect everybody to agree with me. But I didn’t expect the disrespect that came with it. What made it all the more hurtful was some of these people came from the LGBTQI community,” she said.

Lady Phyll believes the personal attacks were because some people did not understand the wider issue of colonialisation.

“I don’t believe in the empire and I am not for the establishment,” she said. “But more importantly, it was about what it means to accept an honour that clearly has never thought about or talked about the impact that colonialisation has on people and countries that are still in the Commonwealth and still carry those sodomy laws. So in accepting the title, I can’t be true to myself.”

The Queen is the head of the Commonwealth of Nations – the international body that was created out of the now defunct British Empire. Of the 53 Commonwealth states, 40 still have laws that criminalise same-sex relationships.

Among the public’s comments were calls for Phyll to do more to challenge homophobia on the African continent – namely in Ghana – where she originates from.  Ghana is one of 14 African countries that still upholds laws dating back to the 1860s.

Clearly, those critics were not aware of her affiliation with Pan-African organisation OUT & Proud Diamond Group or UK-based society Justice for Gay Africans, which collaborates with academicians, politicians and activists to affect positive change for Black LGBTI communities across Africa and Europe.  She was also behind fierce lobbying for gay rights in Nigeria around the time the country’s anti-gay bill was being passed in January 2013, under Jonathan Goodluck’s presidency. Phyll also has aspirations to establish an organisation in Ghana.

“In terms of me as an individual, I have something I want to take home to Ghana,” she told MisBeee keen not to give too much away. “And it is about how we educate our children on issues of sexual orientation, gender studies, treatment of young girls and sexual harassment.”

Thinking back to her own experiences growing up in a Ghanaian household during 1970s London, Phyll felt pressure to conform. She married young and had two children.

“It wasn’t that I knew that I was a lesbian then,” said Phyll, who is now a grandmother. “What I knew was that this [her marital situation] was not right and I had feelings towards other women. Growing up, our parents don’t sit us down and tell us that this is what lesbianism looks like. We don’t have these conversations – so I couldn’t explain what was happening to me.”

Despite some family support, the emotional pressure took its toll on her and she eventually divorced. It is out of those early experiences that the seeds of UK Black Pride were born.

UK Black Pride
The organisation works with groups supporting the fundamental human rights of LGBTQI people through education, the arts, cultural events and advocacy. UK Black Pride started out in 2005 with regular social outings for Black lesbians and bisexual women. The aim was to create a safe space for these women to celebrate their achievements, talk about their challenges and make inroads to being visible in a society where their stories are often marginalised.

As the community and frequency of the meetings grew, the organisation started to admit Black men and people who considered themselves to be politically Black. Today, the organisation represents LGBTQI people of African, Arab, Asian, Caribbean and Latin American heritage, and stages networking and social activities that culminate an annual free Pride event. This year’s event takes place on Sunday 26 June in South London’s Vauxhall Pleasure Gardens.

Lady Phyll admits that the media attention surrounding the MBE helped to propel UK Black Pride and her other work more keenly into the public eye. Phyll also sits on the race relations committee of the Trade Union Congress (TUC), works with race equality think tank Runnymede, and is a trustee of LGBT rights charity Stonewall.

“I see it as a great thing – the work we do got a platform,” she said. “Would it [UK Black Pride] have the same platform if I had accepted the honour? Maybe for a few minutes but I would have been another name on the list.”

The platform has also allowed her to silence those who believe she has no right to use the title ‘lady’ if she is anti-establishment. But Lady Phyll has the last laugh there…

“I am actually a dog lover and had a gold cocker spaniel that looked like the lady in the ‘Lady and the Tramp’ animation film,” she said. “When she left me, my friends would say ‘oh Lady Phyll it will be ok’ and it just stuck. So the term lady is nothing to do with me thinking I’m a lady, it’s all about my departed dog.”