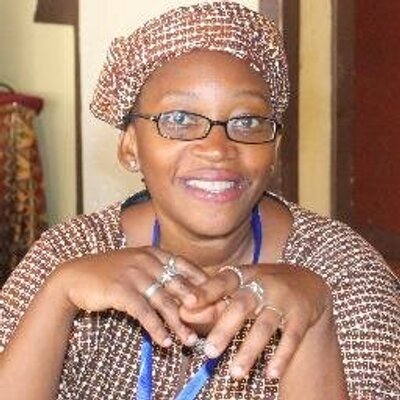 Dr Stella Nyanzi, a renowned researcher at Makerere University, earlier today shocked the nation as she undressed and bore all while protesting unfair treatment and being thrown out of her office by the Director Makerere Institute of Social Research Mahmood Mamdani.

Following these events that were awash in the news and social media, several  feminists have come out to defend  Dr Nyanzi’s actions and in the lead was Uganda’s celebrated activist Solome Nakawesi Kayondo who took to her facebook wall, to show her support for Dr Nyanzi.

Nakawesi praises the doctor’s bravery and calls her a hero in the piece which clearly advocates for one standing up for what they believe in and refusing to be cowered into silence.

Been offline for a few days and got back to a buzz of my sister Stella undressing. As expected there is so much debate about this as well as blame.

Yes, that is what I call women challenging authority & questioning  independence of public institutions, breakdown of institutional mandates,  contesting power, control, ageism, race, mysogny, partiarchy, abuse of public institutions, conflict of interest, workplace bullying by bosses, and staying true to what they stand for. This makes me celebrate us as women – indeed our political activism as the Women & Feminist and Sexual Rights Movements are still alive.

And for you who are reading my post and are now cursing me, be my guests.  Just do yourselves a favour – go and deepen your analysis and understanding of politics beyond elections. Get your lazy bodies off this forum and expand your analysis and praxis on Power in its entirety. It’s lazy people that only conclude who was right or who was wrong. If you are judging her and blaming her for taking off her clothes then know you are intellectually dwarfed, you belong to the majority of Ugandans and Africans that will be colonised & ruled forever who, will never connect dots and don’t understand their own politics as African. You belong to a cohort of people that will not be able to understand how politics is connected to women’s sexuality.

You are lucky not to bog your brain to understand why it’s acceptable for a younger woman to undress and you feel rather offended that someone in their 40’s undressed. You are lucky you don’t bog your minds with complex topics such as Sexuality and  Africaness. You are lucky not to be bothered that Makerere has increasingly become a space for survivors not challengers. You are lucky  not to notice that what it’s wrong for M7 and his whole family to occupy govt it’s perfectly okay for MISR ED to have his wife’s company occupy space at MISR at expense of university dons – you have been conditioned  to believe that MISR/MUK as a public institution should operate as a  private business. You are lucky not to notice that fish rots from the head and that you have been made yo normalise abnormal occurences so you fight those that awaken you from your slumber.

Sometimes I “envy” people with simple minds – their world is so easy  maybe that is why they sail through this world and never leave footprints. That is why they will conform and conveniently hide in the cover of morality. And I heard some are calling upon Police and Minister  of Ethics to go and arrest Stella. Ooh really! Cant you see that as a people you have been made to believe that “some evils are better

tolerated than others”. While you don’t invoke police and the minister to arrest corrupt people or those that rigged the elections or public institutions that harrass citizens denying you your rights or, MPs that don’t pay taxes at the expense of the rest of us or, churches that extort followers in the name of healing or, your employer that pays you for half your energy & time conniving under a regime resisting putting in place tominimum wage for its workers or the employer that doesnt want to issue clear terms of engagement or your other half that violates and beats youup physically, emotionally or financially or parents that don’t look after children they sired or, the justice system that is so long and tedious many of you leave your cases to rot in courts of law.

While MUK/MISR used to be the beacon of intellectual thinking, divergent views respect for diversity more increasingly it has become docile, it’s a place for survival politics, dons are beaten into line as chorus praisers for the regime or everyone is silent “busy surviving”. You cant see that the silence in MISR/MUK just like many public institutions is deliberately aimed at suffocating alternative voices. Lecturers are paid so low that that must “prostitute themselves teaching across so many universities” and do many consultancies in-between to make ends meet and live a life of decency. Dons as such end up not having energy ,time and priority to be a centre of restlessness, research, critical thinking and challenging.

So, Stella as one of the few lone voices, who happens not to  ‘song praise’ the regime has been targeted and disenfranchised and all we  see is her naked body! Can’t you see beyond her breast or private parts? Cant you see the bigger politics of deliberate institutional decay, disempowerment and disenfranchisement of intellegencia so that the only critical thinking comes from political elite? Aren’t you restless tha goal – posts are shifting from academia to political elite and this is disastrous for us? Can’t you see that by the time a woman undresses she  has tried and explored all avenues and hasn’t succeeded??

I strongly argue and contend that Stella undressing is very African and it isn’t immoral on 3key grounds: For one, in Traditional Africa, our bodies been never a point of embarrassment but a point of celebration of human sexuality, beauty and at the same time for warfare. Secondly, the  contestation about African bodies being immoral and vulgar is a very  colonial analogy – why not have the same analogy on white bodies. You  have been meant to believe that white is better than black having been  colonised during the Victorian era where many African societies imbibed western views of sexuality. Thirdly, historically, African woman have used their bodies as the last point or recourse or fighting oppression – by the time an African undresses to uses her sexuality it means ‘Enough is Enough.

Also as a Muganda who is a mother of twins (Nalongo) Stella is sacred, if a Nalongo undresses, you have been cursed – so Prof MM & all you “busy surviving” at MISR better watch out. And guess what, the  battles fought that we as women have fought with our bodies & nakedness  have been won. Stella will win this battle not for her but for the thousands of men & woman university dons that suffer & are now a distant  image of intellegencia but can’t dare stand up to be counted.

Stella you are my hero – you have rekindled flury hot feminist fires in my belly. And yes, the Feminist Movement is still alive. You have our back sister – No Feminist or Sexual Rights Activist or true Pan-Africanist or tuned on Political Activist worth their name or grain can ever judge you because as social movements, they have historically used body politics in their struggles – and have won many struggles with the power of bodies and sexuality.

Stella my Sister, I will look out for you for sooner than later and have a drink-up on this. You deserve a stiff drink. Nalongo bakuwe kyonywa…

Nakawesi is not the only one who showed support for Dr Nyanzi; women’s activisst Anne Mugisha and Sophie Alal who is a writer and founder of Deyu Africa also spoke up about the incident.

“So, Stella as one of the few lone voices, who happens not to ‘song praise’ the regime has been targeted and disenfranchised and all we see is her naked body! Can’t you see beyond her breast or private parts? Cant you see the bigger politics of deliberate institutional decay, disempowerment and disenfranchisement of intellegencia so that the only critical thinking comes from political elite? Aren’t you restless that goal – posts are shifting from academia to political elite and this is disastrous for us? Can’t you see that by the time a woman undresses she has tried and explored all avenues and hasn’t succeeded??” Alal retorted.

“Today I miss frontline activism and it’s women like Stella and Solome that give me hope that the women’s movement is alive and well. Girls, I have your backs!” Mugisha who currently resides in the US said.